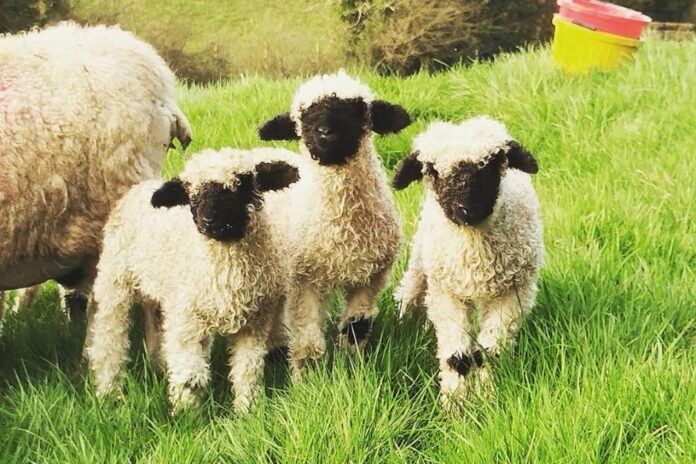 Vet’s Corner with lambing tips: ‘A ewe is basically like a mini cow’

In the next segment of our Vet’s Corner, That’s Farming editor, Catherina Cunnane, speaks to a farm vet ahead of ‘Lambing 2023’.

It is no secret that proper management, attention to detail and patience can lead to a more successful lambing season.

Timing is key, and while the general rule of thumb is that ewes have an average gestation/pregnancy length of 144 days, farmers should note this can vary between 131-159 days in some cases.

Pregnancy length is multi-factional and can vary amongst breeds, a plane of nutrition and ram type, a farm vet recently told our editor, Catherina Cunnane.

While farmers should, where possible, maintain lambing records with expected due dates, it is important to “cast a closer eye than usual on the flock during this time, particularly as soon as they start to develop an udder, or bag, as it is referred to in layman’s terms, circa four weeks before lambing”.

“Some can bag as short as a week or even a fortnight before lambing. Make walking through your pens of in-lamb ewes part of your farming routine, day and night.”

“As mentioned, developing a bag is other the first sign, and as lambing approaches, you may notice a ewe being off form, lying down, nestling and segregating/isolating themselves from the remainder of the flock, often in the corner of a pen in the shed.”

“Other signs include, but are not limited to, a swollen vulva, which is twice to three times the normal size, restlessness, uneasiness, pairing and scraping of the ground and occasional bleating.”

In a previous article, we looked at 30 pieces of equipment for lambing season.

The vet outlined that at the point of lambing, just like calving, there are a number of phases, which begin with dilation of the cervix and the birth canal’s preparation for lambing.

At the end of this stage, which can last for between 12-24 hours in some cases, a clear-whitish discharge can appear, and uterine contractions increase. A small, clear water bag will appear and expel water.

The vet told us: “A ewe is basically like a small, mini cow when it comes to the birthing process. Essentially, they will do the same things.”

“After the water bag passes, the lamb’s front feet and the tip of their nose should come next.”

“Within a circa one-hour window, the full process should be completed.”

If you do not see progress, as outlined above, handle your ewe with an arm-length disposable glove, with lube and handle them with care, as this could cause the likes of a ruptured uterus, for example, the vet added.

When handling ewes, lambs can be positioned anterior (normal – basically like a lamb coming diving out, with two forelegs first and a head resting on the legs).

“A good piece of advice is that you can tell if a lamb is in the correct position by looking at its feet.”

“So that in case, if the bottom of the forelegs’ feet is facing the ground, then the lamb is the correct side up.”

“Generally, if you can pass your hand through a ewe’s cervix, she is well enough opened, but it does depend on the sheep, and you should be aware of ring womb, which is the failure of the cervix to dilate.”

“Identify if the ewe is making progress or not and know your limits.”

“Know when it is time to lift the phone to enlist the help of your veterinary practitioner,” the vet concluded.

Note: The purpose of this article is to provide some information to readers. It is paramount that you always seek your own vet’s advice.

- Advertisement -
Previous article
‘I have seen woodchip, peat and different things being used, but nothing beats straw’ – vet
Next article
The ‘jack-of-all-trades in mowing’