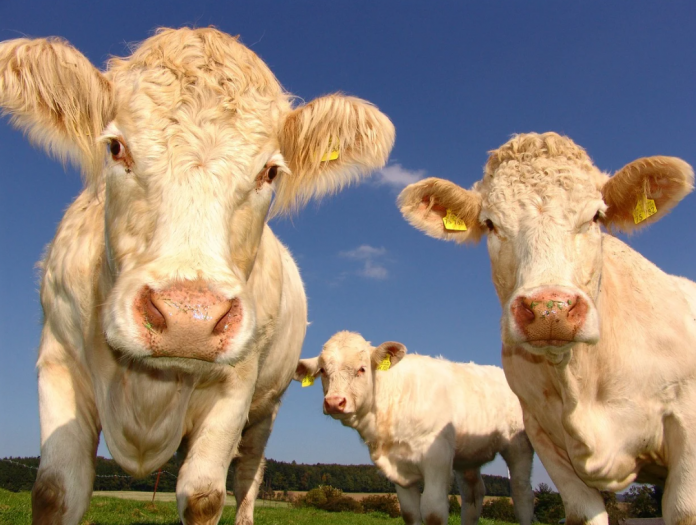 Base quotes from major processing plants across Northern Ireland ranged from 350- 360p/kg for in-spec U-3 grade prime cattle this week, according to the Livestock and Meat Commission (LMC).

The majority of plants quoted at the “upper end for of this scale”, it said.

“Quotes for good quality O grade cows ranged from 260-270p/kg across the plants this week. Similar quotes are expected for all types of cattle early next week.”

“The plants have indicated an increase in prime cattle throughput in local plants last week although the final figure was unavailable at the time of publication.”

Stronger supplies of locally produced cattle and the unsettled weather conditions last week will have contributed to the notable decline in the level of import for direct slaughter when compared to previous weeks.

Meanwhile, cattle exports from NI to ROI for direct slaughter last week included six prime cattle and 105 cows, bringing the total year-to-date cattle exports figure to 1,858 head, a decrease of 1,625 head when compared to the same period in 2019.

“The NI deadweight trade for prime cattle came under pressure last week with majority of grades reporting declines between 4-7p/kg from the previous week.”

In GB last week, the reported deadweight cattle prices also came under pressure with declines generally ranging from 1-2p/kg from the previous week, according to the LMC.

“This has widened the differential in the R3 steer price between NI and GB to 8.3p/kg last week.”

- Advertisement -
Previous article
‘Everybody benefits? I’m guessing a lot of farmers would disagree’
Next article
‘I had a desire to be a part of one of Ireland’s most exciting industries’