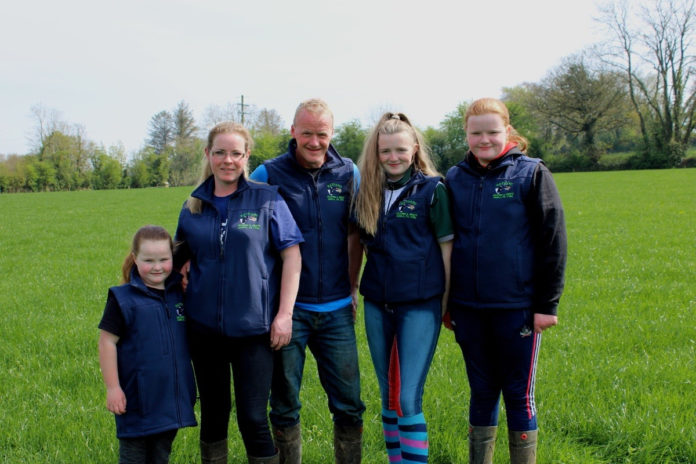 COVID-19 has wreaked havoc on a number of fundraising events throughout the country, but that has not stopped the Hynes family from trying their best to support their chosen charities.

Peter and Paula Hynes had planned to hold an event at the end of August to raise money for both Embrace FARM and Teac Tom, but public health guidelines have put the handbrake on this great initiative.

Still keen to support their causes, they have set up a GoFundMe page and campaign, called #RearingToGo, to raise vital funds for the organisations, whose funding has sufferedduring this time.

Peter explained to That’s Farming: “We had to put the event on the backburner until 2021 but we still felt that it would be good to support the charities in some way because a lot of the events they had organised for the year have been cancelled.”

The family are well known for raising awareness around mental health and have supported mental health charities throughout the years, so it comes as no surprise that Teac Tom was one of their chosen charities for this fundraiser.

“Something we all need to be proactive in is our mental wellbeing and be aware that there are people out there in crisis too. The more we speak about mental health, the more the stigma around it gets broken down.”

In return for the donations, the family have decided to surprise a number of healthcare workers with gifts and document it. Every frontline worker will receive a bouquet of flowers and a number of prizes that have been donated to the cause also, such as:

Peter told That’s Farming that they hope to surprise as many healthcare workers as possible and have already been in contact with a number of hospitals about how to conduct their gesture of kindness.

“We were keen to do something for the healthcare workers too because they are putting in a massive effort, it’s not easy doing the job that they are doing.”

“We’re planning for some time in July, all going well, to do a two or three-day trip around the country.” he concluded.

- Advertisement -
Previous article
Calls made for immediate COVID-19 testing in all meat and dairy plants
Next article
Covid-19: When could marts and pubs re-open?