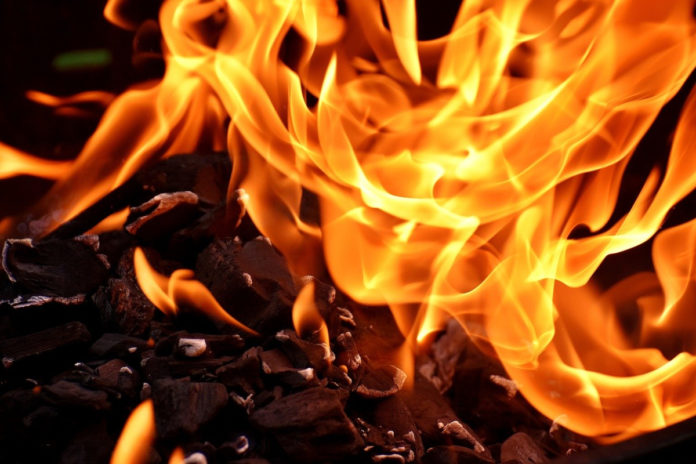 The Department of Agriculture, Food and the Marine (DAFM) has issued a condition orange fire risk warning.

The warning, which is effective until 12pm this Friday (April 24th), has arisen from continued high pressure dominated weather patterns systems.

Areas where hazardous fuels such as dead grasses and shrub fuels, such as heather and gorse, exist are deemed to be the most vulnerable, with the Department citing the illegal burning of vegetation in recent weeks as a major contributor.

The DAFM stated that fire behaviour and initial spread rates are likely to be influenced by lower afternoon humidity levels and light to moderate wind speeds during the lifespan of this warning, with wind speeds potentially exceeding 30km/h in some areas.

Forestry owners and managers are urged to take the necessary precautions to mitigate the risk of fire, such as the review of fire lines, fire Plans and fire suppression equipment as well as other relevant contingencies.

Advice to the general public/forest visitors

Members of the public and visitors to recreational areas are asked to cooperate with all requests regarding fire safety, obey all relevant bye-laws and be considerate in parking vehicles, so as not to impede access by emergency vehicles.

Where fire outbreaks occur at or near recreational areas the following actions should be taken by visitors in the interests of safety:

- Advertisement -
Previous article
QUIZ: What did these cattle sell for?
Next article
Milk prices could fall by 10%-20% due to Covid-19