A Waterford-based farmer has lost almost one-quarter of his 100-strong sheep flock in a vicious dog attack.

Eithan Harty, Ballinamult, Co. Waterford, told That’s Farming that seventeen in-lamb ewes have been killed, while others have been euthanised.

He estimates that the cost is in excess of €5,000, a figure which excludes any further future potential losses. 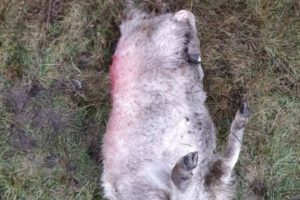 “On Sunday morning (December 13th), I went out to land I rent in Aglish, Co. Waterford to check my sheep,” he told this publication.

“I discovered dogs had attacked my flock with seventeen dead in the field. I had to put down three. In addition, I have another six in the shed with broken legs and marks from dogs. Meanwhile, the rest of my sheep are terrified.”

“The injured ewes that have survived the ordeal are getting treatment, but I cannot be certain if they will pull through. It is very likely a large number of ewes have aborted.”

The sheep farmer reported the incident to An Garda Síochána, who are investigating the incident. 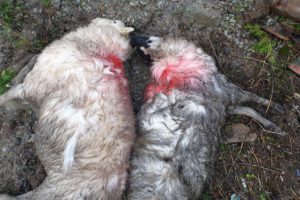 “Firstly, I would like to make people aware of the damage that can be caused by dogs and reckless dog owners. I ask people to be responsible dog owners and keep their dogs under control.”

“People out hunting shouldn’t be leaving dogs behind them, and this shows the damage those dogs can cause in one night.”

“I have reason to believe that this was caused by dogs that were brought out for hunting purposes as my fences were knocked and broken to access a badger set. A dog can’t do that.”

“All the feeding, dosing and care throughout the years and it is destroyed in one night, by recklessness behaviour,” he concluded. 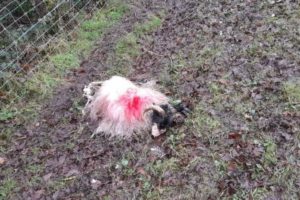