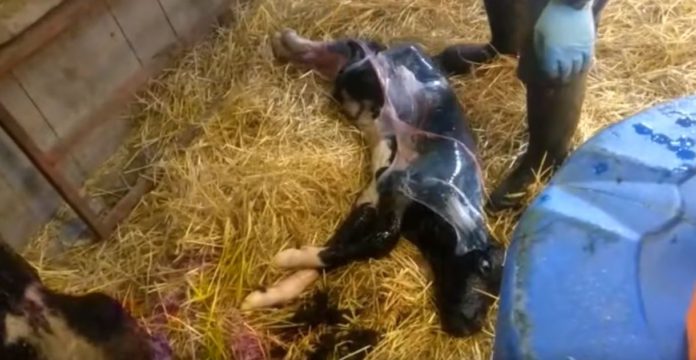 Graphic content: VIDEO – Carrying out a C-section in a heifer

Ryan shared footage of him carrying out a C-section in a British Friesian heifer, that was “accidentally in-calf too young”.

Speaking to That’s Farming, the mixed practice vet said: “I recognized I had the perfect combination of a quiet heifer, good facilities, good help, a friendly farmer, and an enthusiastic vet student to video it.”

“I thought it was a good opportunity to make a video describing for vet students what I was doing and why. Caesareans are rarely that smooth, but it was just a good set up all-round which was a pleasure.”

“It’s not a race or a competition – they take as long as they take, whether that’s one hour on-farm or three hours on-farm.” Ryan concluded.

That’s Farming was granted permission by Richard Ryan and the farm owners to share this video footage.