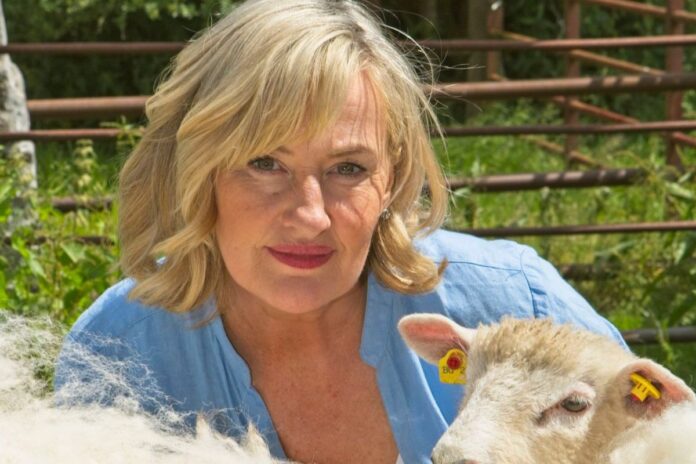 The Galway Wool Co-op has come a long way from its formation in January 2021 amid a Covid lockdown. Following many Zoom meetings and WhatsApp chats, the hard work from the team of volunteer members finally paid off in June last year with the sale of its first batch of native Irish Galway wool.

Moreover, the future looks bright, with many plans in place to further cement the product’s rightful place as part of Ireland’s illustrious heritage.

That’s Farming spoke to Blatnaid Gallagher, co-founder of the co-op, to find out more about their journey.

The spark for the eventual formation of the Galway Wool Co-op started as part of Blatnaid’s research for her science master’s degree at the National University of Ireland, Galway (NUI Galway).

The AgInnovation course required her to find a problem and solve it. Also, she already had a small flock of Galway sheep on her Ballinasloe farm, and she was fully aware that they were a native Irish breed when she bought them.

At the same time, she realised that a separate supply chain for Galway wool to yarn makers did not exist. She contacted the Galway Sheep Breeders Association’s members to find out if they would be interested in doing something with their wool.

After garnering a mostly positive response, 39 of the association’s members and their families came together at the Athenry Mart in Co. Galway in June last year.

They collected, weighed, and loaded 5, 400kg of purebred wool for delivery to Donegal Yarns that agreed to buy the wool at €2.50/kg, which is about 12 times the average market price of 20c/kg.

Blatnaid said she used the average cost of about €2 for shearing a sheep as the base for negotiating the price with Donegal Yarns.

“They already had an Irish wool line and wanted to know what was so special about Galway wool.

“Besides the fact that I was quite passionate about it and believed there was a market for the wool, my answer was simply: ‘It is our wool, it’s truly Irish, crisp, white and strong and growing off a sheep that is native to Ireland.’

“The price of €2.50 was a big ask. But some of the farmers are hobbyists like myself and only have a few Galway on their farms and smallholdings.

“Thus, what they received for their wool basically only covered their fuel expense,” Blatnaid told That’s Farming.

However, the arrangement with Donegal Yarns is that the Galway Wool Co-op will make a concerted effort in marketing the wool and educating the wider public to garner interest in the wool.

The Galway Wool Co-op has no bricks and mortar and is the first virtual co-op of its kind. It is a unique co-op in that it uses its website as its headquarters.

Blatnaid says the co-op is “grateful” for the LEADER grant – that supports rural enterprises – that they received. It assisted in setting up the organisation as well as collecting and selling the first batch of wool.

Farmers received €1.50 of each kilogram of wool that they sold, with the remaining €1 being reinvested back into the co-op marketing platform.

“We had to reinvest some of the money received as the LEADER grant only covers 75% of the funding needed.”

Blatnaid credits the co-op’s success to the massive commitment from Galway sheep farmers.

“The farmers are taking ownership of their future and are not waiting for others to do it for them. It is part of these farmers’ heritage, their culture. This is what their grandparents farmed with, and this is what they are going to continue farming with.

“Moreover, everyone involved in the co-op does it voluntarily as they are committed to the cause.”

Some of the yarn that was made from last year’s wool is going to Rhyme Studio, an interior design, art advisory, and design manufacturer in New York who is using it to produce beautiful, designer rugs.

Rhyme was founded by Claire McGovern, who was born and educated in Dublin.

Blatnaid says they have chosen to have their wool included in high-end products.

“There are people that want to buy authentic products and are not deterred by price. Although it is a small percentage of the overall buying public, that is our market.”

The beauty of the co-op’s Galway wool is that the final product can be traced back to its source, hence proving its origin and authenticity.

“The provenance of products like ours is going to be key in buying decisions into the future. Moreover, people will want to know the carbon footprint of their products, which explains why blockchain is becoming so important and successful.

“Eventually, we expect blockchain to link with the likes of what we are doing.”

Blatnaid says customers must ask where the woollen products they buy come from, as most of the products sold locally as Irish-made are manufactured in the east from southern hemisphere wool.

In many cases, she explained that it is not even the iconic Aran sweater is made from traditional Galway wool anymore. Often the sweaters are also not manufactured in Ireland but in places like Morocco, Turkey, Vietnam, and Cambodia.

“I am on a mission to oust those that are using their Irishness as a way to market and sell their products without supporting the Irish rural communities.”

Blatnaid expects that the price of Galway wool products will eventually start trickling down as the flock increases and the cost of manufacturing declines as economies of scale kicks in.

“When this happens, we will have achieved our objective. By then, we will have grown the flock, and the price point will drop so that Galway wool can be included in many more products.”

According to Blatnaid, there are presently only about 2, 000 purebred Galway sheep. This is after they were on the brink of extinction in the 1980s.

“If it were not for the Galway Sheep Breeders’ Association, this native Irish breed would be no-more. They need much recognition for the wonderful work they have done in not only preserving but building the flock.”

The wonder of Galway wool is its strength which makes it ideal for rugs, carpets, upholstery, and tweeds.

“Wool is one of the strongest bio-fibres that goes into these products. However, its best characteristic is its colour – snowy white. That is why the Galway breed is colloquially known as the ‘white sheep’, which makes its wool perfect for dying,” says Blatnaid.

As for the way forward, the co-op will soon send out a call to sheep breeders to gauge interest for the coming season’s wool sale.

She anticipates that based on last year’s good performance and continued strong demand, this year could see an increase of 50% to 7 500kg in the wool call-out to farmers.

“I am confident that people will realise that this is not a one-hit-wonder and that we are serious about pulling this through. 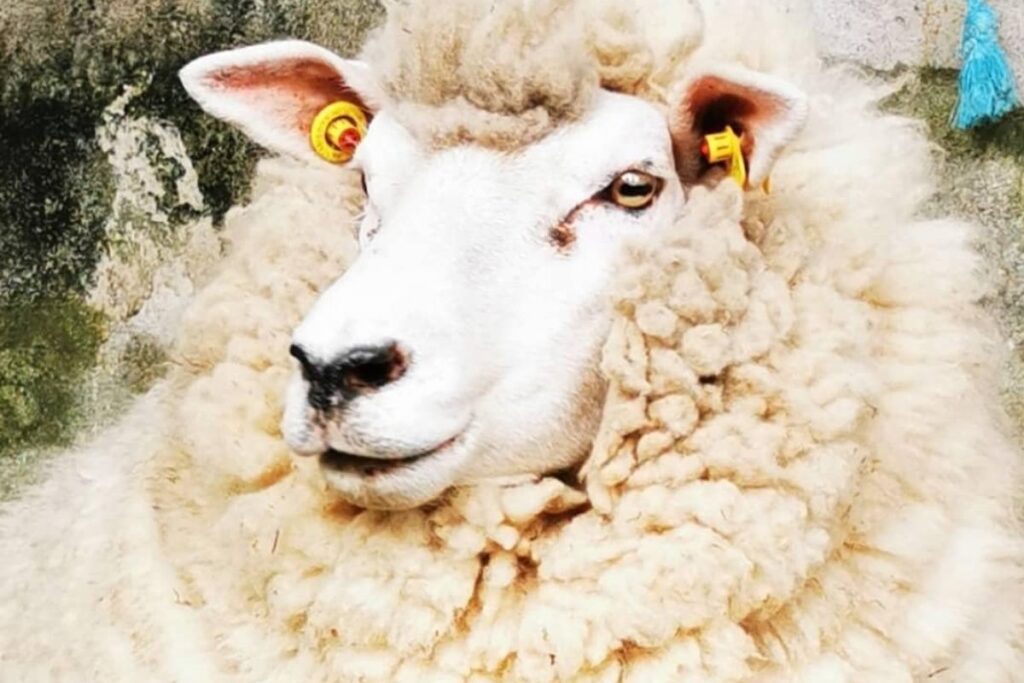 “I will encourage more farmers to come on board, especially since some of them may not have been convinced last year that we would succeed.”

The co-op has also opened the lines of communication with the National College of Art and Design in Dublin. Their second-year students are going to create innovative concepts using Galway wool.

Blatnaid says the reason for deciding on this collaboration is to show that it is not only important to educate farmers about the versatility of the Galway breed but also the younger generation.

“This opportunity will allow them to expand their minds in finding new applications for this native Irish bio-fibre.”

Furthermore, the co-op is in advanced discussions for the uptake of all this year’s wool. An announcement in this regard will be made in due course.

As for the website, the marketing platform already has the facility for Galway sheep breeders to advertise and sell their sheep, although it has not been activated yet. Blatnaid says the facility will most probably be operational in the coming months.

At the same time, people who make products from Galway wool will be able to exhibit them on the platform.

The website will this year also introduce a media and events page for people to stay up to date about all things Galway sheep.

The co-op last year also did a small marketing exercise in selling purebred Galway lamb after teaming up with Suck Valley Farm. The meat sold out fast, and orders have already been placed for this year.

Blatnaid says the solid demand from customers is good news for farmers and holds encouraging prospects for the future of Galway lamb.

“In effect, this is a dual-purpose breed. Hopefully, in the future, Galway sheep farmers will be able to raise sheep for both their wool and their meat, which is what we always did in Ireland.”

Referring to the feasibility study that the government has undertaken to determine local and international demand for wool-based products, Blatnaid believes that it is nothing more than a desktop exercise.

“It is not going to open any doors and pave the way for a new marketing platform for Irish wool. Our breeders have said that rather than wait for things to happen, they are confident in doing it themselves through the Galway Wool Co-op.”

The Galway Wool Co-op’s longer-term objective is to gain Geographical Indication (GI) status for both its wool and lamb in the next five years. Blatnaid says funding to take on a GI study will most likely come from levies.

“We want to create enough funding and momentum to undertake the process of gaining GI status.”

Despite all the positives from the past year and optimism about the future, Blatnaid believes their greatest challenge is educating farmers and the wider public about their native Galway sheep.

Interviewee supplied all imagery for article.

- Advertisement -
Previous article
Cull cows to €2,300 as trade ‘continues to power on’ at Dowra
Next article
Could this Mayo farmer’s dog be the oldest in the world?