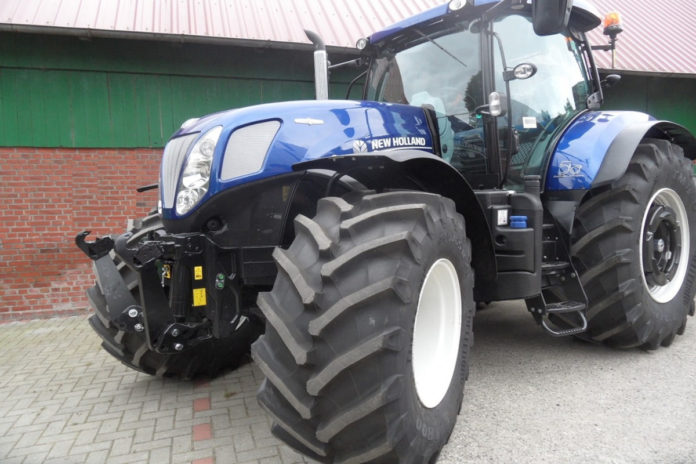 As part of a recent trial with ‘Farming for a better climate’, a Scottish farmer installed a hydrogen electrolyser on one of his farm vehicles.

By doing so, he was hoping to reduce farm emissions and improve the fuel usage of his machine.

Installing a hydrogen electrolyser in a machine means it will run on a combination of diesel and hydrogen.

The machine itself consisted of an electrolyser, a control unit and a water reservoir (using distilled water). The electrolyser effectively “splits” water into its component parts of oxygen and hydrogen by passing an electrical current through distilled water and then collects the gases.

The system collects the ‘oxyhydrogen’ and injects it into the conventional diesel engine at a rate of approximately 6%. It is claimed that introducing the hydrogen to the mix results in a more efficient combustion in the engine, so less fuel is used meaning lower emissions.

The manufacturer of the product claims that this electrolyser will reduce fuel consumption by 20-25% and a cut of 80% in vehicle emissions. It can be fitted to existing engines, rather than needing to replace them.

It is also claimed that the period of time between oil changes can be extended and that the need for AdBlue could be removed, although this is not proven.

The farmer involved in this trial decided to fit the electrolyser to his telehandler. It was fitted by technicians from the company in a couple of hours and support was provided to the farmer on the new addition to his vehicle.

The farmer kept detailed records of fuel use on all the vehicles on the farm before the start of the trial, which allowed a comparison to be made on the performance of the telehandler before and after installation of the hydrogen electrolyser.

Further savings of around £500 (€560) per year could be realised if the need to use AdBlue was removed (David has continued with use of AdBlue to preserve manufacturers’ warranty on the vehicle).

Due to the success of the trial and experience with the telehandler, the farmer decided to purchase a second hydrogen electrolyser to fit to his New Holland TS 115 Tractor.

- Advertisement -
Previous article
VIDEO: Feeling the effects of the weather
Next article
Over 60 lots catalogued for Simmental-cross breeding heifer sale