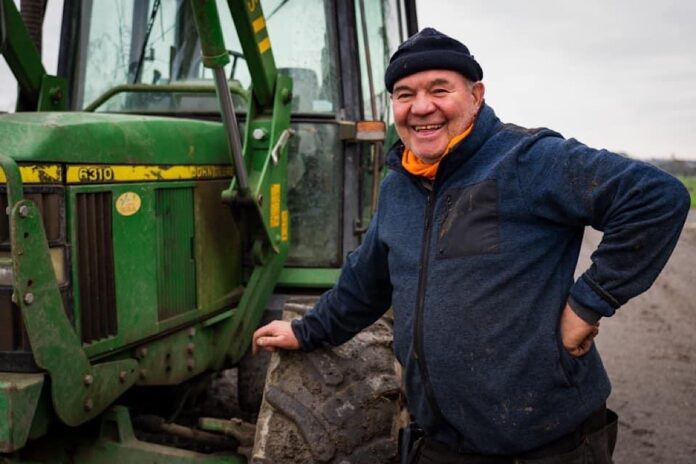 ‘We can cater for 3,000ac of pit silage without doing Sunday work’

As part of this week’s Agricultural Contractor of the Week segment, That’s Farming, profiles Farrelly Bros. Peter Farrelly discusses how Brexit impacted the company’s overseas work, having an 80% return customer rate, cutting 4,000-acres of willow and pit silage, the importance of having an in-house mechanic, and his hopes for Budget 2023 for the field.

In 1973, Michael Farrelly from Carnaross, County Meath established Farrelly Bros when he saw an opening in the market for a pit silage service when a local agricultural contractor retired.

His son, Peter, worked in Farm Relief Services during his youth and grew up on a 13-cow dairy unit, milking British Friesian and Ayrshire cows.

“My mother, Lilly, completed the milking, and my father did the contracting, e.g, mowing for hay and spreading dung. There was not much slurry spreading back then,” Peter Farrelly, a 1980 Warrenstown Agricultural College graduate, told That’s Farming.

“Growing up, l always had an interest in agricultural contracting. So, we were brought out on the machines when my father was going contracting.”

“My father used to produce square bales, cock hay, and draw cocks of hay. We had Massey Ferguson 20 and 25 tractors drawing in. We were only 7 or 8-years-old at the time.”

Peter and his business partner, Patrick, took over the enterprise in 1975. The company employs Peter’s son, Ben, and up to 20 workers full-time, serving Meath, Dublin, Westmeath, Cavan, and the surrounding areas.

Peter worked for local authorities in Scotland, England, and Northern Ireland, completing site clearances, clearing for gas lines, and reseeding up until Brexit.

“We have to register the company now in England or the north with Brexit to work there, now.”

“We built up customers through word of mouth with local people and good work. Customer retention is very important. We have 80% of the same customers coming back over and over.”

“Our customers have weeded out over the years. But, they are genuine customers we have.” 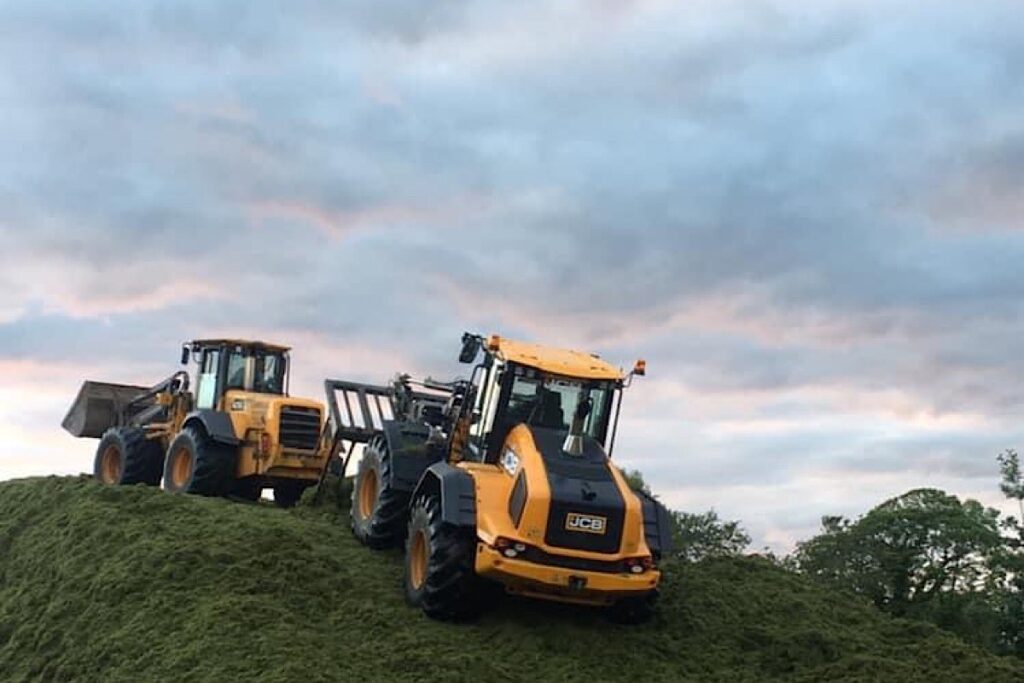 According to Peter, pit silage is their “biggest” service, cutting 3,000-acres – a size the company has maintained since the 1980s.

“Acreage has been around the same over the last number of years. We do not go looking for jobs. We can cater for 3,000-acres of pit silage without doing Sunday work.”

In addition, the company spreads a “couple of million gallons” of slurry in total, spreading within the region for 40 customers a year.

“We have had an umbilical slurry system for 25 years. We were one of the first to have it in Ireland.”

“However, not all farms suit Low Emission Slurry Spreading (LESS). It depends on the tank, the set-up, and the feeding system.”

Peter and his team also reseed 2,000-acres of grassland – depending on the year and harvest 1,000-acres of willow.

“We do a lot of maintenance ourselves. We have our own mechanic.”

“Backup is a big thing. If you break down, you depend on garages, so you need your own mechanic to keep the business flowing and to have tractors right for going out and serviced.”

The slurry and dung equipment include a Bower umbilical system (with a Mastek dribble bar and reelers), a Bower pump, two NC 2,050-gallon tankers, one Hi-Spec 3,500 slurry tanker, an NC 3800 agitator, and a Metal-Fach manure spreader.

They have a JCB 419s and 416 wheeled loaders, a Caterpillar IT14G wheel loader, two JCB teleporters, a McConnell PA6575T hedge-cutter, a ring roller, a selection of plant hire machinery, and some tree care equipment. 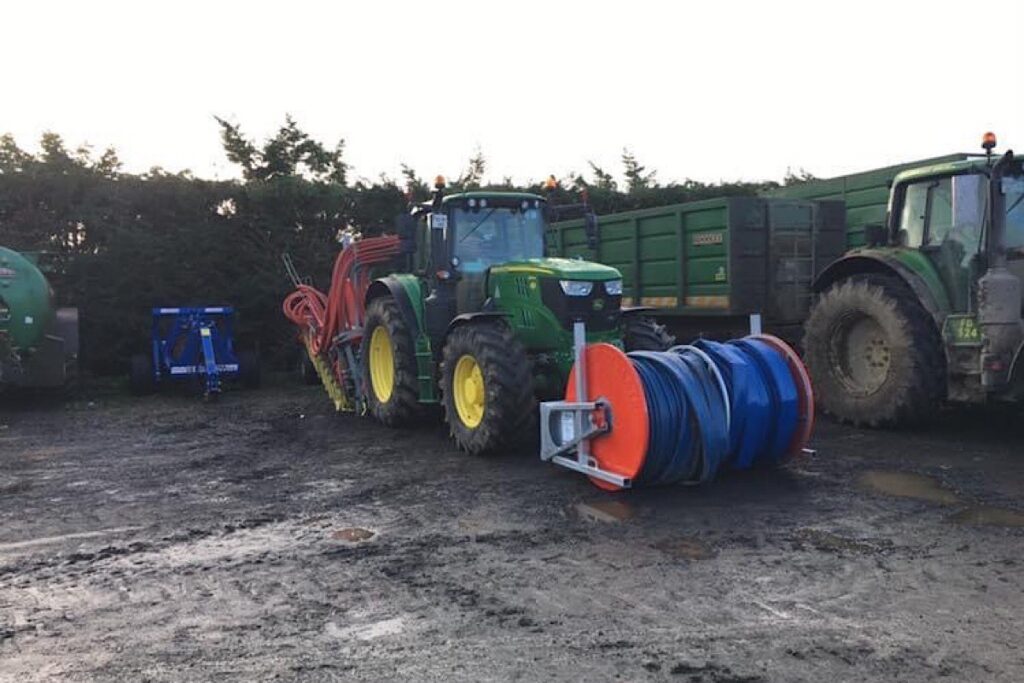 Peter faces challenges as a result of weather, fertiliser prices, labour availability, and calendar farming in respect of slurry spreading and hedge-cutting.

“Agricultural contracting involves unsociable hours, and most people want time out. So, it is not what you are giving them; it is how much time they have off.”

“The slurry spreading dates have to be moved. We cannot work with calendars.”

“The government have slurry spreading dates in place nearly 15 years; it has not worked. They have to start listening to people to see what can work and go and try some of these ideas out there.”

“You have 50 farmers in an area, and they are all going out on January 16th, with their slurry.”

“Whereas, it would be better if they had leeway that they could go with a 1,000-gallons of slurry per acre through the closed period if weather permits. It would allow a lot of slurry to go out at different times.”

“Slurry is too valuable to be thrown away. So, it will not be thrown away, and farmers will only spread it when the weather is right.”

Peter believes the key to success is when you have completed the job to make sure it is done right.

“You cannot overcharge. At the minute, contractors are way undercharging for what they are doing because it was not there in the business.” 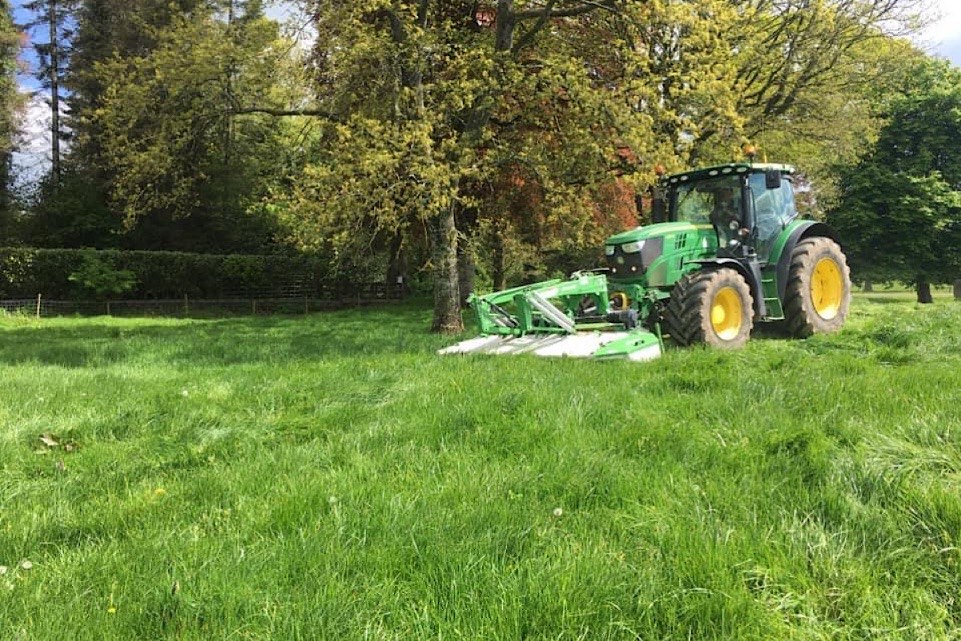 The Meath business owner feels contractors are “being forgotten about at governmental level” and outlined that the carbon tax price hike coming in May will impact the sector.

He added that the young contractors are not eligible for the 60% grant as part of the Young Farmers Capital Investment Scheme.

“A young agricultural contractor cannot draw that grant which has left our machines a lot dearer to buy since the grant came in.”

“We are better off giving the grant for something else to make it safe.”

“For example, on a lot of farms, where you work, there are no toilet facilities for anyone or a place to wash your machines when you are finished. That should be all done under regulations.” 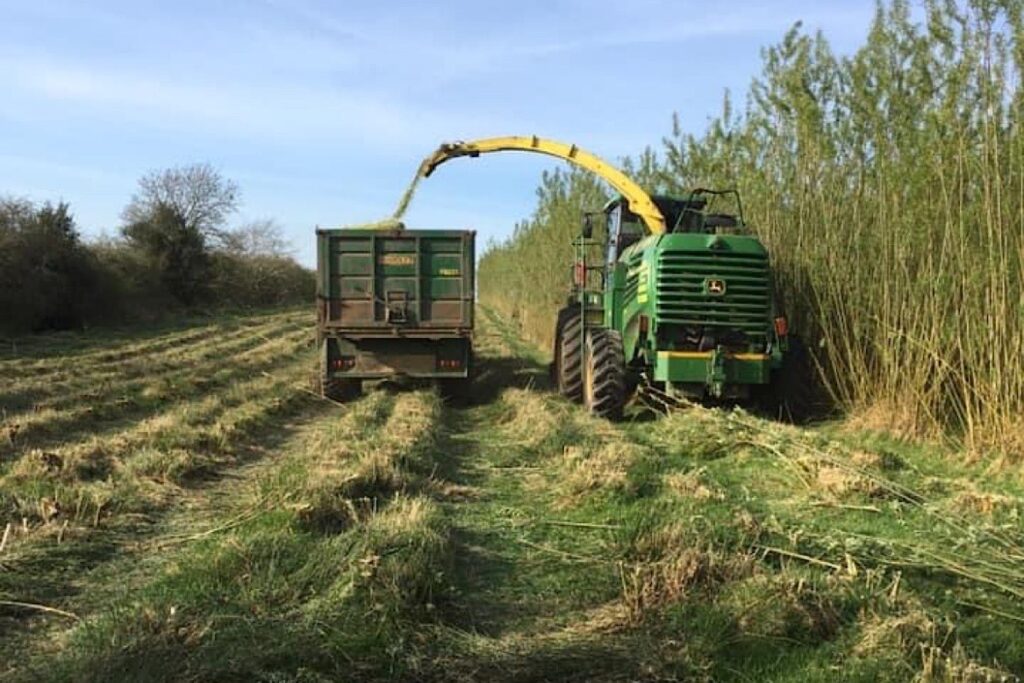 They intend to continue upgrading their fleet each year.

“I would like to see my business going forward, but I do not know if I will be cutting silage or not; it is too expensive.”

The Association of Farm and Forestry Contractors in Ireland (FCI) founding member requests that Budget 2023 considers the agricultural contractor in two key areas.

“The next budget I would like to see contractors included in the Young Farmers Capital Investment Scheme and the carbon tax rebate. We cannot keep going working at low rates.”

“There is a lot of people who have got out of contracting this year. They are fed up with it.”

“If things keep going the way it is at the minute, and it is going to be at €7.50/t for carbon tax in May, I do not think there will be too many people cutting silage.”

“It is gone past the price that it would be feasible for contractors and farmers to pay to get the job done,” he concluded.

- Advertisement -
Previous article
Beef price lift for cull cows, heifers and bullocks
Next article
How to obtain a herd number: A step by step guide