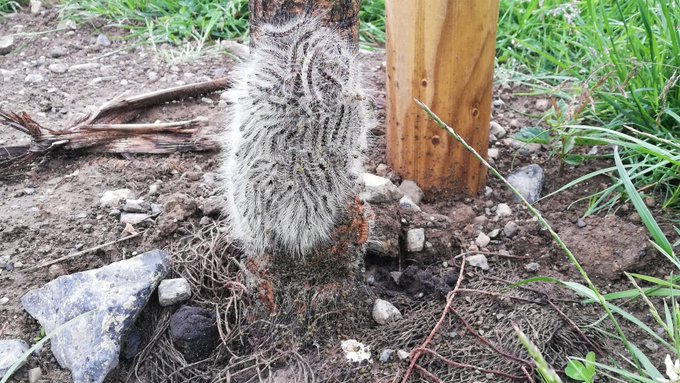 Everything you need to know about this deadly tree pest

The Department of Agriculture, Food and the Marine (DAFM) has reported the first sighting of the oak processionary moth tree pest in Ireland.

It is asking the public and horticulture industry to remain vigilant following the discovery.

The pest was first identified in Ireland in June 2020 after it was spotted on an oak tree by a member of the public.

Swift action was taken to eradicate the pest earlier this month, including the removal and destruction of the single nest found on the tree, according to a statement.

Following an investigation, the pest was traced to a recent import of oak trees from Belgium.

Where can it be found?

The pest is established in central and southern Europe and surrounding areas, but this range of this moth has expanded northwards possibly in response to climate change, according to the DAFM.

It is firmly established in northern France and the Netherlands with findings also reported in southern Sweden. Since 2006, colonies of larvae have been discovered in parts of the UK, but this marks the first finding in Ireland.

Where can they be found?

Oak trees and plants are a host for this pest, and it is unlikely to be found on any other tree than oak.

Such caterpillars have black heads and bodies covered in long white hairs, and have a distinctive habit of moving in nose-to-tail processions, from which they derive their name.

“When the caterpillars develop into moths, they then then fly into other host oak trees and lay their eggs for the next year.”

“They should not be touched under any circumstances and suspected sightings should be notified immediately to us by emailing [email protected].”

The caterpillars of this moth can cause severe defoliation of oak trees.

If oak trees have been heavily defoliated, the caterpillars have been known to move to other non-oak hosts such as Hornbeam, hazel, beech, sweet chestnut and birch, the DAFM explained.

This moth also poses a risk for human health because the body of the caterpillar is adorned with numerous irritating hairs.

Hairs present on the larger larvae contain an urticating defensive toxin, thaumetopoein, a chemical potentially harmful to humans, a note from the DAFM outlined.

Contact with the hairs can provoke allergic reactions manifested as skin rashes, conjunctivitis and respiratory problems such as pharyngitis and asthma.

It has warned that health problems can occur even if the larvae are not handled as the hairs break off readily and are dispersed in air currents.

Abandoned nests contain shed skins, pupal cases and vast numbers of detached hairs and should be treated with extreme caution.