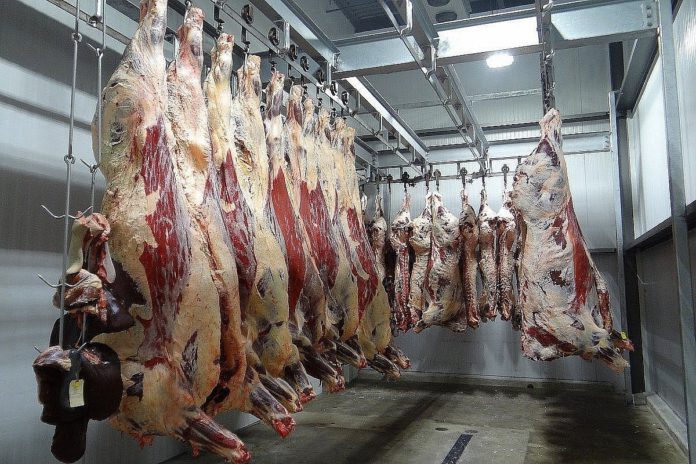 VIDEO: 30-40% of meat plant COVID cases have not been traced

In a recent sitting of the Dáil, Independent TD, Denis Naughten, was given the opportunity to ask the Minister for Health, Simon Harris, to address some of his concerns.

Deputy Naughten criticised the contact tracing system in Ireland, particularly in relation to those working in meat plants with confirmed cases of COVID-19.

He told Minister Harris that he believes the system has “fallen down fundamentally.”

“I don’t have confidence in it, based on the evidence that I have received, and I am informed that, in terms of the meat plants, in some instances only about one-third of the close contacts of those that have been identified as positive in the meat industry have now been followed up.”

“That is completely unacceptable because that is creating a significant community risk and it’s down to the failure of the contact tracing system,” the Galway-Roscommon TD added.

Minister Harris was given the opportunity to respond to these concerns and did so by stating that the information he has received reveals the number is much higher than one-third.

“I am told that it is at least 60-70%, but there are a number of which there are contact and communication difficulties,” he explained.

Harris then suggested that he would but Deputy Naughten in direct contact with the chair of the national outbreak team, in order for her to brief him on the work being done in relation to his concerns.