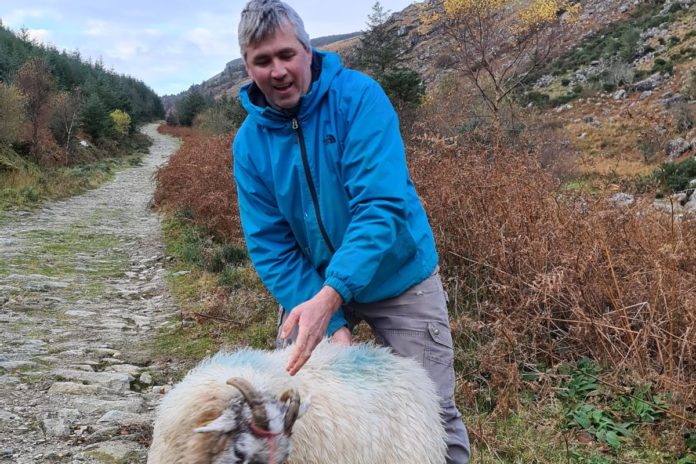 That’s Farming editor, Catherina Cunnane, in conversation with Paddy Fanning from Churchmount Sheepdogs, in this week’s sheep segment. They discuss how reading a book kick-started a career with sheepdogs.

“I am 49-year-old Paddy Fanning from Wicklow, and I live in Glenealy.

For the past four generations, my family have been farmers around North Wexford and South Wicklow. My father was a tillage farmer for years and only moved into grassland and livestock in about 1985.

My earliest memories of farming are usually things like running up the road ahead of cattle or sheep and having to stand in gaps and stop stock, which usually involved a good bit of stress!

When I was younger, I went to Canada for a couple of years to work. By the time I had come home, I had discovered that my father had increased his sheep numbers a lot.

Honestly, I did not fancy the idea of running around trying to herd sheep, so I bought a book on how to train sheepdogs called ‘A Way of Life: Sheepdog Training, Handling and Trialling’ written by a Welsh man named Glyn Jones; that was back in 1997.

I was a full-time farmer until about 2002. Around that time, I decided to try and move away from agriculture to generate my income.

I am a part-time sheep farmer now and keep Wicklow Cheviot sheep only. I put them to the hill for mountain grazing from April until the end of October every year

Besides, I keep between six and ten sheepdogs at any one time.

I have a few fully-trained ones that I use for work, like gathering sheep on the mountain. At weekends, I use them to compete at dog trials too. I like to always have a few young dogs coming on too.

Furthermore, I have some good stud dogs, and people often bring their females to them for mating. I usually tend to take a pup from the litter as payment for the mating.

But, I do not tend to breed my own females as I have a fairly steady supply of pups in lieu of stud fees.

Well, in my opinion, if I want to breed a good sheepdog, I need to be breeding out of a well-bred bitch, and using a good, proven stud dog.

Registered sheepdogs are the best ones to use because you can go back through the generations and examine the bloodline.

I like using known dogs that are registered with the International Sheepdog Society.

It is a far safer route to breeding a good pup than using dogs that only have anecdotal evidence to demonstrate their ability because the International Sheepdog registered dogs are typically bred from generations of proven working dogs.

The length of time that training a sheepdog can vary hugely but depends on factors like how keen the dog is, how many times we take the dog out for training, how much training we want on our dog and how natural a dog is in the way it works.

Very often, a trainer could put a lot of training on a young dog in 3 weeks.

For example, if a farmer just wants their dog to know how to go for sheep at 100 metres, how to stop and be called back, they could achieve this in four weeks with a good trainer, if it is the right type of dog. 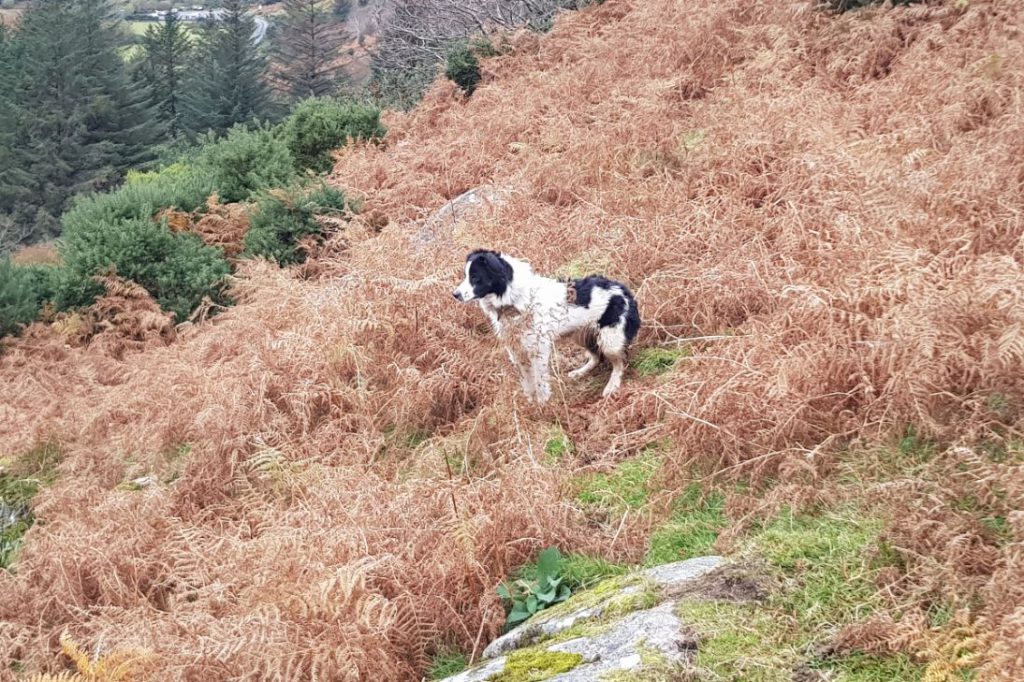 I first started trialling back in 1997. That book that I mentioned helped me learn how to train a dog. It got me to a level where I could attend my first sheepdog trial.

I met the sheepdog handler, Mr. Norman Deacon when I was there. Norman started to help me, and with the benefit of his 40 years of experience with working dogs, he brought my ability up very quickly.

In 2000, three of the 60 dogs qualified to run in the international dogs I had trained.

Every year, 150 dogs compete at the Irish National Sheepdog Trial over three days. The top 15 represent Ireland at the international.

When Foot & Mouth disease hit the UK in 2001, sheepdog trials were suspended for several months. In that time, I got out of the habit of competing, and I left competition altogether until 2015, when I decided to start again.

A lot had changed in sheepdogs. Trialling and competing have become very popular in Europe and America. 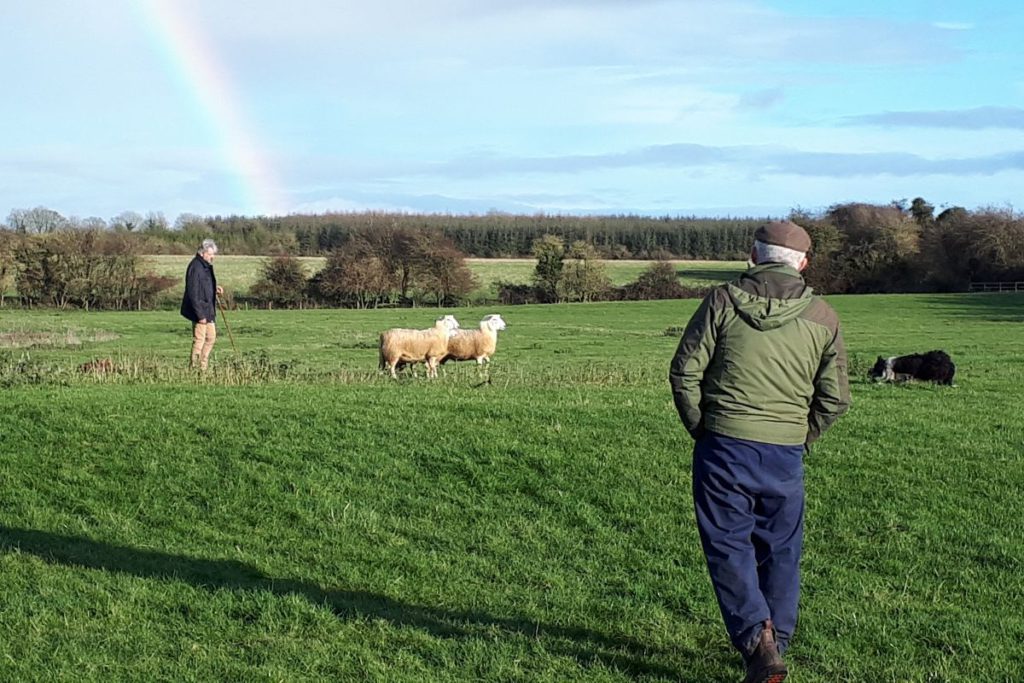 Social media was a new thing on the landscape now. People from around the world could easily see what our dogs were doing by video.

This meant that the market for selling pups and dogs had really grown in the interim while I was away.

Nowadays, when I have a pup or young dog available for sale, it could end up going anywhere.

I like to sell locally, but at the same time, I often send pups to Europe or America.

Therefore, it is just as likely that a pup could go to California or Poland as quickly as Wexford or Kerry!

Occasionally I do a sheepdog demonstration for an event. It is very interesting for people from a corporate environment to see how our dogs interact and work sheep through the handler.

People often ask me where they would buy a good pup for cattle. Regardless of whether a pup is intended for sheep or cattle, even with the best of breeding, there is never any guarantee that a new pup will make a good dog.

I just say to people, what I would say to myself. Just try and buy a registered pup and find out from a few more knowledgeable people about the background of the breeding.

In my opinion, this is about as much as anyone can do to at least steer in the right direction of getting the outcome that they need.”

For the last couple of years, I have offered tailored-type of demonstration or client experience whereby I take guests with me up onto the mountain when I go checking on my sheep.

This is a unique experience, but guests need to be reasonably fit! 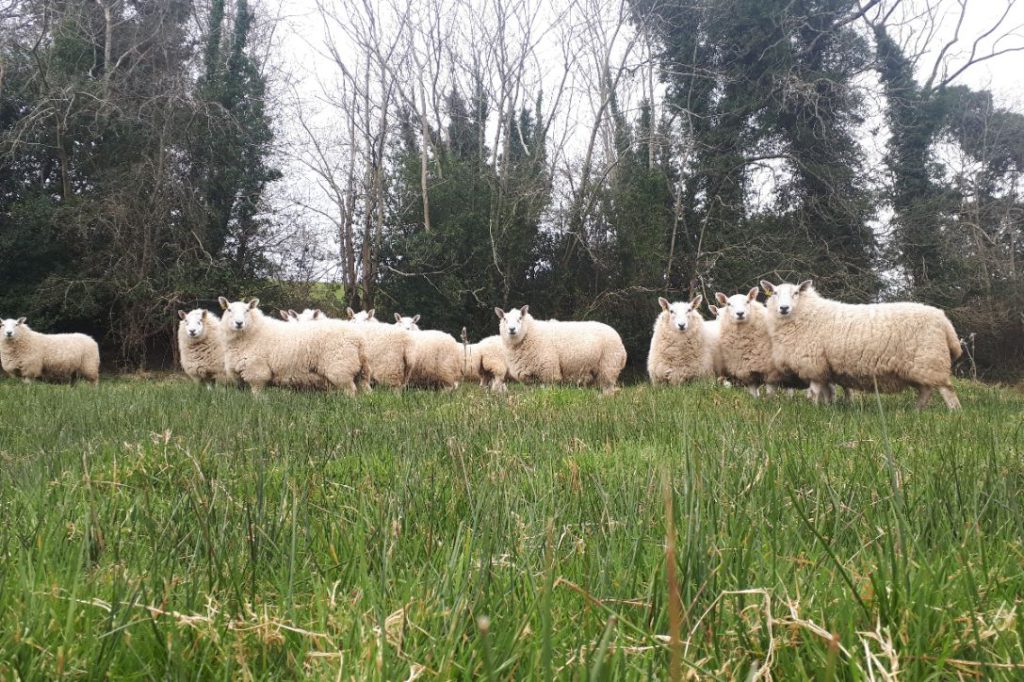 Every year, we have a national sheepdog trial and an international.

Of course, 2020 was an exception due to the pandemic. The international has been running since its inception back in 1906, except for the war years.

The National Trial in Ireland swaps between the north and the south of the country in alternate years.

The International consists of teams from Ireland, England, Scotland, and Wales.

It is held in each country on a four-year cycle. In 2023, the international will be back in Ireland, and our land here in Wicklow has been chosen as the venue.

We are very excited to be hosting such a prestigious event in the sheepdog calendar.” 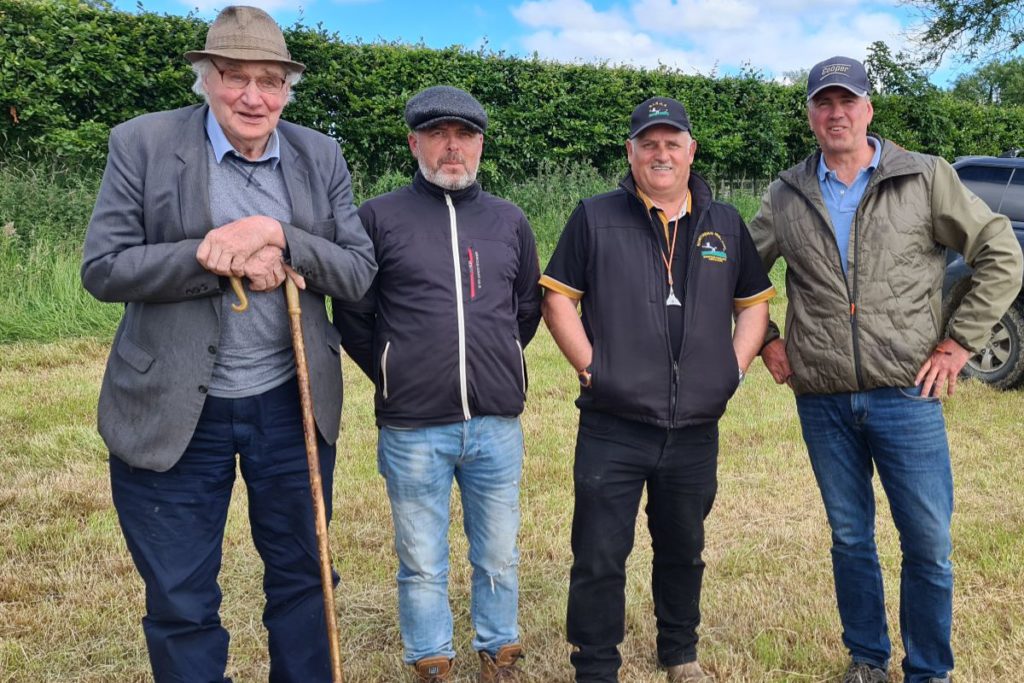 - Advertisement -
Previous article
Processors must pay a milk price ‘well in excess’ of 40c/L
Next article
Could we heat homes with leftover canola?