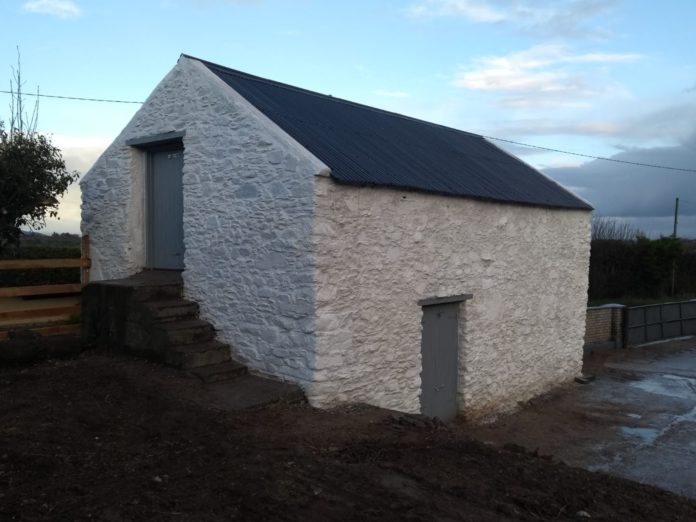 Before and after photos: Old farm building dating back to 1800s restored

An old farm building, dating back to the 1800s, has been restored by a Co. Cork drystock farmer and agricultural contractor.

Liam O’Donovan undertook the project as part of the Traditional Farm Buildings Scheme, which operates under the Green, Low Carbon, Agri Environment scheme.

The Heritage Council, in partnership with the Department of Agriculture, Food and the Marine manages the GLAS traditional farm buildings grant scheme.

Speaking to That’s Farming, O’Donovan said: “This was a great opportunity to restore the building to the way it was in the 1800s. The old farm building is located in the townland of Condonstown, Watergrasshill, County Cork.”

Initially, it is thought to have been built in the mid-1800s, comprising two levels. The lower level is believed to have housed horses and poultry, and the upper loft was utilised as a grain store.

“However, in more recent years, it has been used as a more general farm store. Gradually it has fallen into a state of disrepair. Also, due to its proximity to a very busy road, this became an issue I was concerned about.”

It should be noted the building was constructed initially with stone sourced on the farm (most likely) and lime and mortar. The roof is galvanised with timber joists and purlins. It comprises three doors and a few small opes.

Work commenced around the beginning of September and was completed on Monday, November 2nd, 2020. Liam will continue to use the building as a structurally sound dry farm store.

“All in all, whilst it proved very challenging in the midst of a pandemic, the outcome is outstanding. It has caught the attention of passers-by who have commented on its marvellous and aesthetically pleasing finish.”

“We have to commend Tom Cuffe and his team for their hard work, attention to detail and dedication to complying with traditional methods under the watchful eye of Tom Corroon Architectural Consultants.”

“This would not have been possible without the training and support of The Heritage Council and the Department of Agriculture,” he concluded.