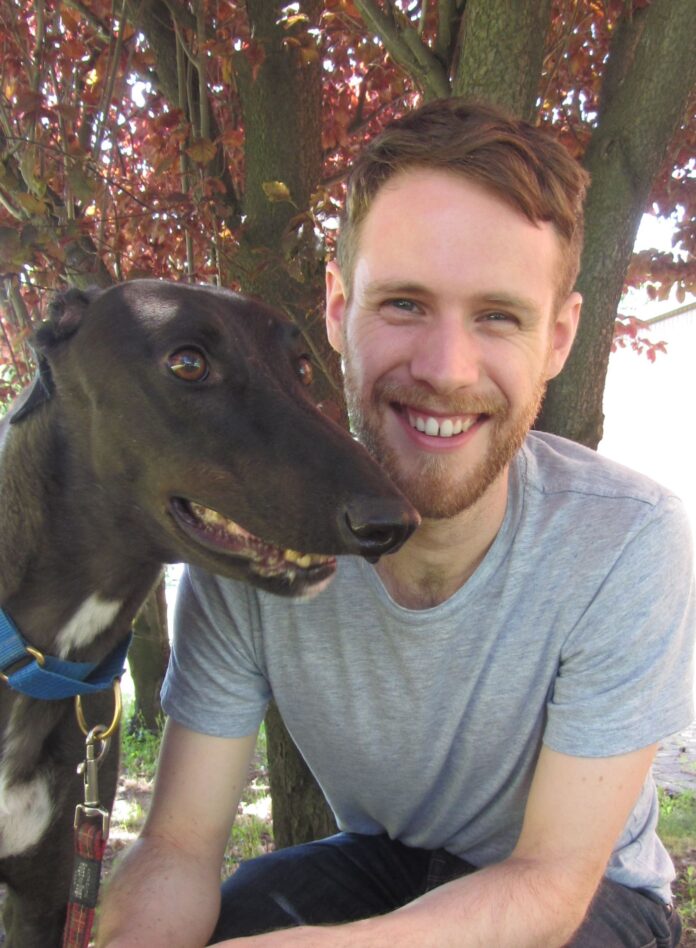 “I grew up on a farm in Co. Sligo, mainly dealing with beef cattle.

I developed a strong fascination with animals as a result of growing up on the farm and always wondered what life feels like for animals and how they think.

After finishing school, I moved to Dublin and studied pharmacology and took many courses in Zoology and Agricultural Science at UCD.

There, I became engrossed in research and got involved in reproductive biology research with Colm Reid, Stephen Carrington and UCD’s Reproductive Biology Research Cluster, investigating the interaction between sperm from bulls and the reproductive tract of cows.

This was a very interesting topic for me as, growing up with cattle, I was always very interested in breeding and selecting different bulls from the catalogue when the A.I. technician was called.

I later decided to follow the other research topic I was passionate about, namely animal behaviour and cognition.

I moved to Vienna in Austria, which has a long tradition in this area, and which, to this day, has a large cohort of internationally recognised leaders in the field.

In Vienna, I conducted my PhD with Friederike Range at the Messerli Research Institute and the Domestication Lab of the University of Veterinary Medicine, Vienna.

It focused on understanding cooperative behaviour in dogs, and cooperative interactions between dogs and humans. I was also involved in studies on horse and raven behaviour.

After completing my PhD, I remained at the same university but moved to the Institute of Animal Welfare Science to work as a postdoctoral researcher with Jean-Loup Rault.

The aim is to investigate the social behaviour of various farm animal species, including pigs, goats, and horses.

Now with two of my students, as part of this position, I am embarking on a new research journey to study a very special group of animals with which I have always been enthralled: sheepdogs!

This study is taking place at Atlantic Sheepdogs in Grange, Co. Sligo. Participation in the study is based on appointments.

If you are interested, please contact us, and we will try to find a day and a time that suits you to participate in the study. We will be running the study up until late August.

The tasks in our study basically resemble a herding trial, with some small modifications.

Accordingly, the ideal participants in the study are handlers and dogs who are used to taking part in sheepdog trials.

The more experienced with trials, the better, but as long as you can complete a small herding course, you are a suitable participant.

This is the first study on sheepdogs that we have conducted, so there is a lot of new territory.

On the scientific side, usually, weeks or months, or even years can go into designing studies appropriately.

This involves reading related scientific literature, coming up with an experimental design, and then presenting it to colleagues to get feedback and suggestions for improvement.

Most of this work was done over the past few months in Vienna. Of course, the real-life situation is often very different to what you envisaged.

Therefore, usually, there are changes that you need to make when piloting the study; what makes sense, in theory, might not always work in practice.

The next step was to find a study site with space and sheep where we could carry out the study.

We are very lucky to have the help of our host, Martin Feeney from Atlantic Sheepdogs, who has been incredibly kind in sharing his vast knowledge of sheepdogs, and who has been able to advise us on the design of our study.

Our relationship with handlers like Martin, who have years of experience working with sheepdogs to a very high standard, is crucial for the success of a study like this.

After finding the ideal location and host, earlier in the summer, we went to Ireland to prepare our equipment and set-up and to recruit participants for the study at a local sheepdog trial.

There was a lot of interest in the study, and many sheepdog handlers have already taken part and have had an enjoyable experience.

It has been extremely valuable to meet a variety of handlers and hear their perspectives on a range of topics, from their own relationship with their dog, to the influence of the handler’s and the dog’s mood and emotions on the herding performance, to the different personalities of the dogs they have trained and worked with.

In our study, participants herd seven sheep into a pen, as would normally occur in a sheepdog trial.

In our case, though, we have a mechanism that allows the sheep to escape without the handler’s knowledge.

We are interested to see how sheepdogs respond to this unexpected situation without being told what to do.

In another part of the study, the seven sheep are herded by the dog through a series of gaps.

Some of these gaps are not visible to the handler. The handler is instructed to stop giving commands when they no longer see the dog.

Once again, we would like to see how the dog responds to this unusual situation without being told what to do.

In yet another part of the study, the dog-handler pair are required simply to complete a small trial. We observe the dog’s behaviour and interaction with their handler afterwards.

The work that sheepdogs carry out is amazing to observe.

This appears to be a unique example of true cooperation between two species, humans and animals.

The history of this kind of cooperation between humans and dogs is often used to explain some of the unique behaviours we see in modern pet dogs.

So, this working partnership has probably had a huge impact on societies around the world in which there are pet dogs today.

There are still so many open questions regarding sheepdogs and this working partnership, from what is going on inside the dog’s head, how their emotions and mood influence their working performance, to the impact of the dog-handler relationship.

Ireland is an ideal location to conduct research on sheepdogs.

The sheepdogs work daily around the country on farms with varied terrain. Besides, handlers compete in sheepdog trials at the highest level internationally.

I have always been captivated by sheepdogs. Furthermore, I remember the first time I saw sheepdogs working up close; I was really struck by the focus they had on their job and the athleticism involved.

Also, the work they do always seemed to me to be very complex. The interaction with the handler adds an additional layer of complexity.

Of course, well-trained dogs respond to commands when they are working.

However, I am keen to uncover whether the dogs actually understand the overall goal apart from responding in the right way to specific commands. This is the first aim of the study.

I would also like to understand the importance of the working relationship between the handler and a sheepdog.

This seems to me to be one of the most complex cooperative working partnerships we can observe “in nature”.

I am sure there are a lot of interesting social dynamics involved and many lessons to be learned from this.

From a scientific perspective, there is not a lot known about this partnership.

I think the insights we gain into this relationship could have valuable applications.

For example, perhaps through learning more about the factors that play a role in the dog’s herding performance, new ideas for training or raising procedures could emerge.

This working partnership could also act as a unique model situation for understanding fundamental principles of teamwork, even in humans.

One could probably expect to see the results in about 1 – 2 years.

The amount of time it takes for a study to be published can vary a lot depending on numerous factors.

These include the complexity of the analysis, the journal it is published in, and the number of other jobs on your desk.

Getting used to carrying out a project in a field in the West of Ireland has been an interesting challenge.

At the beginning of the study, we did not pay enough attention to the threat posed by rain.

We thought tarps would be enough to keep everything dry. But with a study outdoors in Ireland, we soon learned that all your equipment gets wet, even with tarps!

With some of our tasks, we underestimated the intelligence of the sheep; they had their own idea about what the study should be on and behaved in unanticipated and unintended ways.

So, who knows? Maybe we will have to plan a study on sheep next! Running the study has been a thoroughly enjoyable experience for us so far.

We get to meet lovely people and their lovely dogs. During the breaks, we have nice chats over tea, sandwiches, and biscuits while enjoying the magnificent view of Benbulben.

We would be very happy for more handlers to get in touch with us.

If you are interested in participating in the sheepdog research study, you can e-mail: Jim.McGetrick@vetmeduni.ac.at

- Advertisement -
Previous article295 courses that you can study to become a vet
Next articleWill you have enough fodder for your livestock this winter?