That's FarmingThat\'s Farming Irelands Largest Farming News, Properties and Classifieds Network
HomeDairy‘When you look at the numbers, dairy is the most profitable system’... 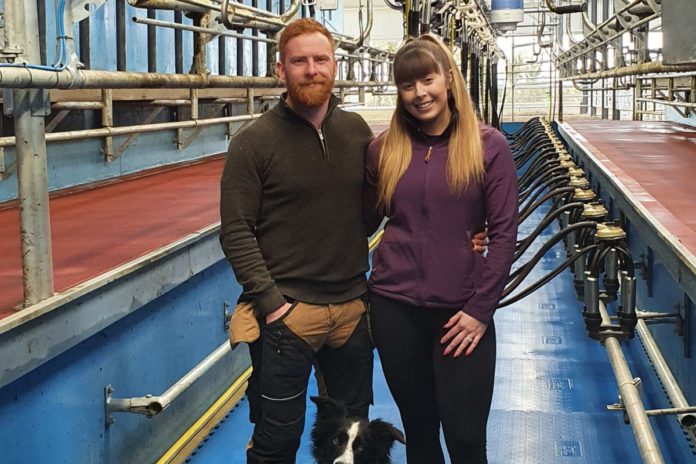 ‘When you look at the numbers, dairy is the most profitable system’ – 200-cow farmer

In this week’s dairy segment, That’s Farming, speaks to the Corrigan family about converting to dairy with key targets, including generating €2,300 of profit per ha, growing 17T/ha of grass, achieving 500kg+ of milk solids per cow and expanding to 300 cows.

2021 marked the beginning of a new era for Eoin Corrigan and family, who ventured into dairying with a 200-cow herd after five years of planning.

Over the past twenty years, the family farmed up to 1,000 ewes, 400 weanling-to-beef heifers and 30 pedigree Simmentals, while at one stage, they placed over 70% of the enterprise under tillage production. 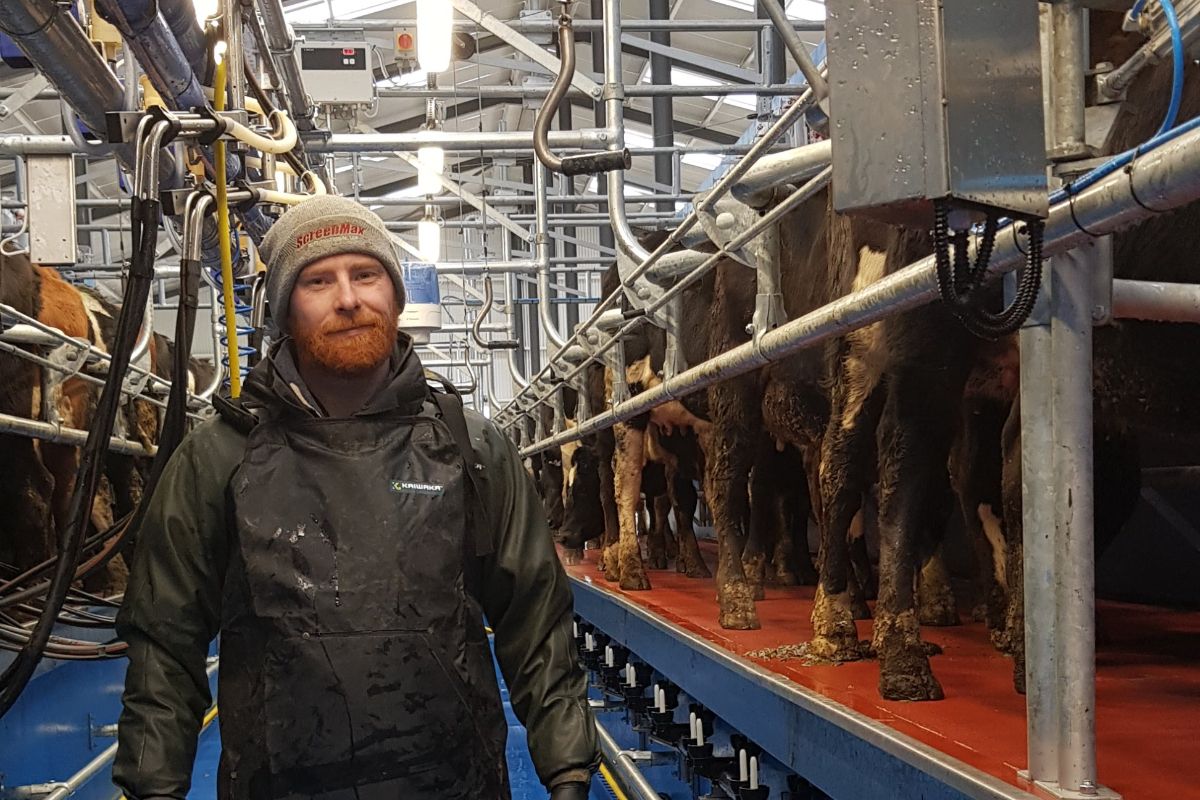 Eoin, who is the fourth-generation of his family to farm the land, explained his reason for converting to dairy.

“Profit. I love farming, but not enough to do it for free. When you look at the numbers, dairy is, hands down, the most profitable system.” Eoin Corrigan told That’s Farming.

He began his journey into dairying by milking with a neighbour, John Hatton, on Sundays in 2015. Hatton set him on the path and showed him the “future that dairy could provide”.

Eoin later worked on Mark Cassidy’s enterprise, and that is where he sought inspiration for the current system in place on his family farm.

Patrick Gowing of Teagasc constructed a six-year business plan, detailed the financials, and gave the Corrigans the framework to work with. His plan formed the foundation that they built their enterprise on.

“Without doubt, joining the Greenfield Academy with Abigail Ryan was the biggest positive addition to my journey. Through the group, I sourced my stock and learned how to run a successful, productive farm. I gained more knowledge in three years than I could have learned on my own in twenty years.”

“Peter Brennan of Alfatech built me exactly the kind of parlour I wanted. Vinny Guy and Paddy Brady wired and plumbed to the same high standard that everyone has contributed to the project.”

“Terra Services installed the water system. We did all the roadways ourselves. Ulster Bank funded the project, a very positive relationship; it is very unfortunate that they are leaving the market.” 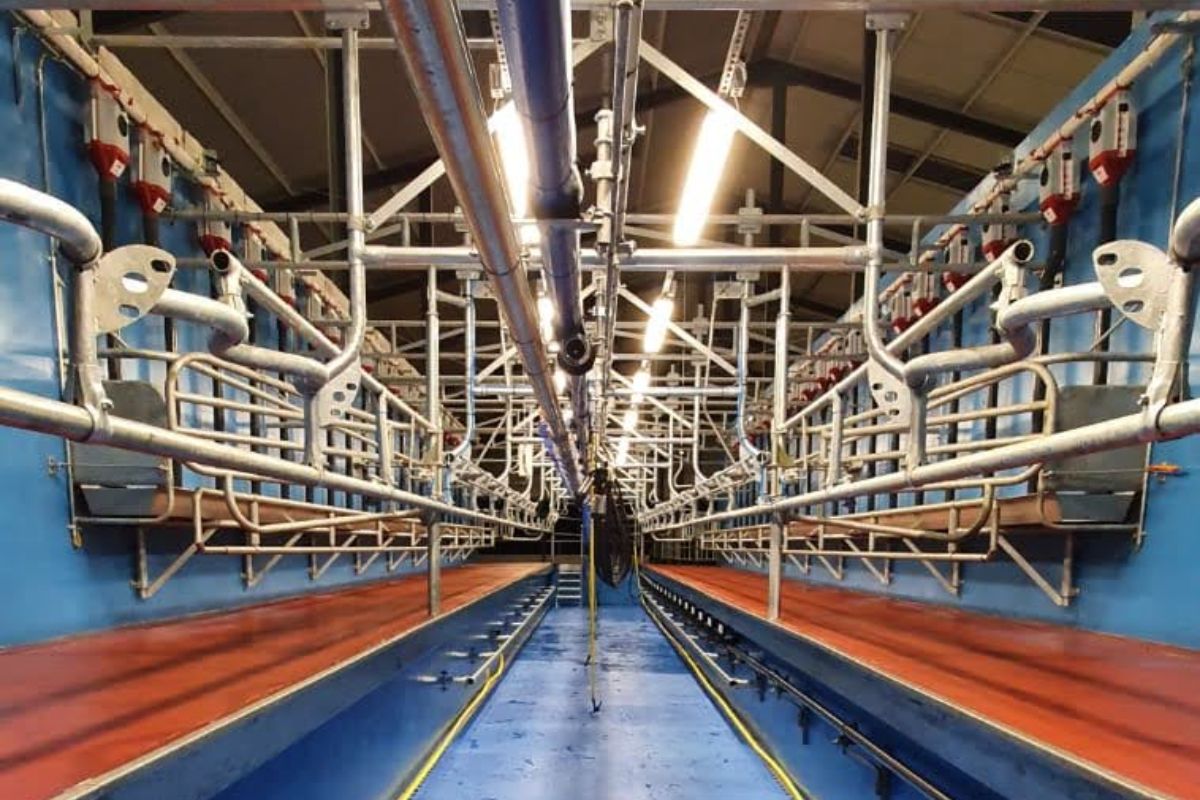 The Corrigans farm 400-acres, with the home block comprising 250-acres with the remainder, spread across out-blocks.

They farm cross-bred cows as part of a spring-calving grass-based system with a stocking rate of 2.7 LU/ha on the milking platform (target of 3.5).

Their ideal cow-type has a live weight of 500-520kgs with an ability to produce her bodyweight in KG of milk solids from a concentrate input of 750kgs.

Last year, they utilised 100% AI, resulting in a 93% 6-week calving rate in 2021. They use high-EBI Friesian and Jersey sires over six weeks, followed by Angus and Hereford bulls for the same period.

They sell all bull calves off-farm, while they retain high-EBI heifers within the herd and calf these at 24-months. The herd is currently averaging 19L at 5.4% butterfat and 3.5% protein with SCC at 114.

The herd is milked twice daily in two hours using a 20-unit Herringbone (room to go to 28) DeLaval parlour with DuoVac.

“Peter Brennan supplied the parlour, and Alfco carried out stall work. There are straight troughs with an adjustable breast rail and zig-zag rump rail. We have pneumatic gates, DeLaval autowasher, IDS feeders and a Mueller bulk tank.”

“Straw bedded sheds that we previously used for housing sucklers are now used for calving and calves. We built 216 topless cubicles last year. Furthermore, we are using technology including Autodrafter, a platemeter, CMT and Herdapp.” 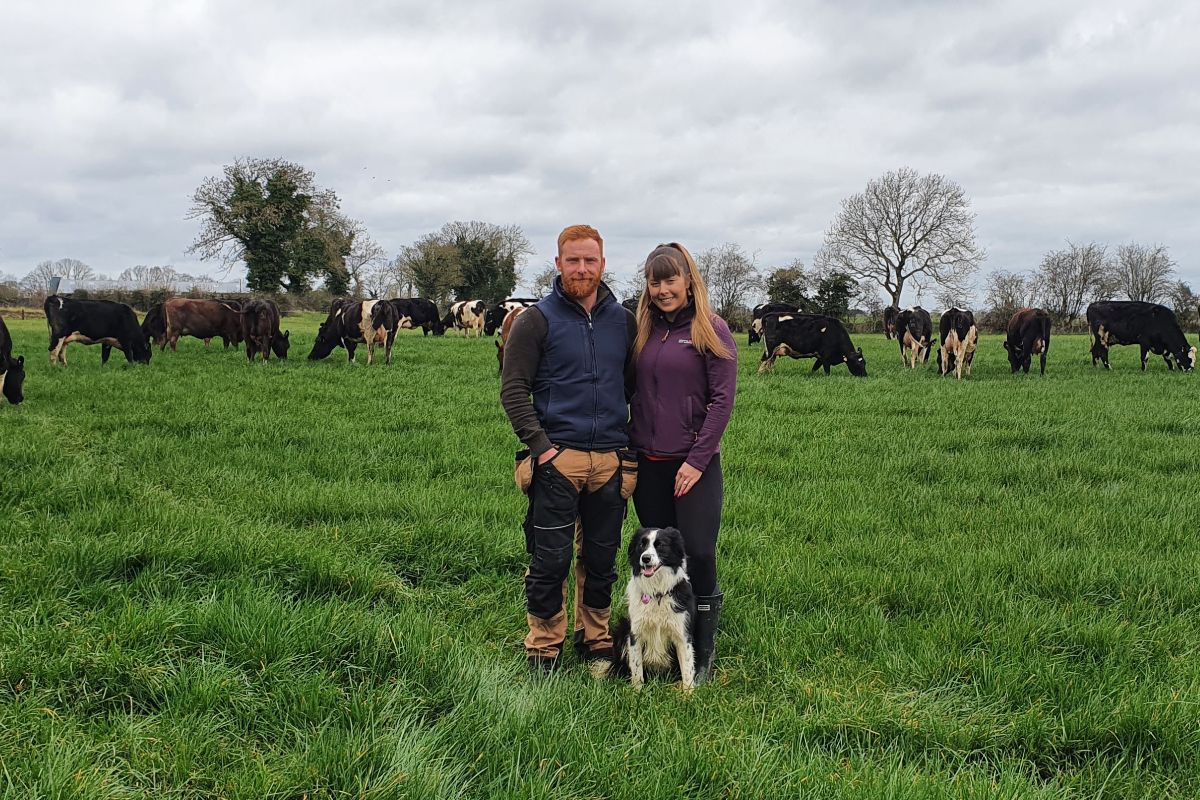 According to Eoin, grassland management is fundamental to the enterprise’s success.

They carry out weekly grass measures, grass budgets and rotation planners all through Pasturebase.

“Joining the Grass10 group with John Douglas has been a massive education. Sharing a platemeter with two neighbouring farmers, regularly discussing and sharing figures, have been a massive help as well.”

In 2020, the farm grew 13T/ha on a low level of fertilser with a target of 15T/ha this year. Eoin stated that the enterprise has the potential to grow 17T/ha, but indexes “need to be improved; most of the farm is in 1&2 for P and K”.

“I enjoy working with animals. I get great satisfaction in seeing your plans bear fruit and learning from your mistakes.”

“Also, the people within dairy are overwhelmingly positive and progressive, who also want the best from their farms. It is always interesting to share thoughts and opinions with them. Time management and leaving the farm are challenging aspects.”

The team at Corrigan Dairy Farm share an insight into their ventures daily through the power of Instagram. Róisín, a secondary school teacher in Dublin, manages the account, which she created in February of this year.

“I am a Dub myself and only learned about cows and farming when I met Eoin. I love farming, and I know city kids may never get to experience this life or even step on a farm.”

“From the classroom, I have heard many false statements about farming from the media etc. So, I wanted to bust the myths and what better way through a virtual journey. I started the page to show my students what farm life is all about.”

“It is now also a way for family members and friends to see our journey through dairying during these times. Also, it is a very light-hearted page to keep students interested and encourage the non-farming community to join and get educated on the farm lifestyle.” Róisín added.

As the family has just converted to dairy, they plan to efficiently maximise the farm’s potential output. They estimate this to be 350 cows at their current land base with plans to reach this number within five years.

Soil fertility and output and profitability per ha are the two areas they wish to focus on in the future.

“The target figures we hope to achieve in the coming years are generating €2,300 profit per ha, growing 17T/ha of grass and 500kgs+ of milk solids per cow,” Eoin explained.

“The future of dairy farming is very positive. Worldwide demand is strong and growing, especially in developing countries. Ireland is ideally positioned to take advantage of this increase in demand as long as we do not foolishly curtail ourselves with nonsensical environmental restrictions,” Eoin concluded.

To share your journey of converting to dairy, email – [email protected]