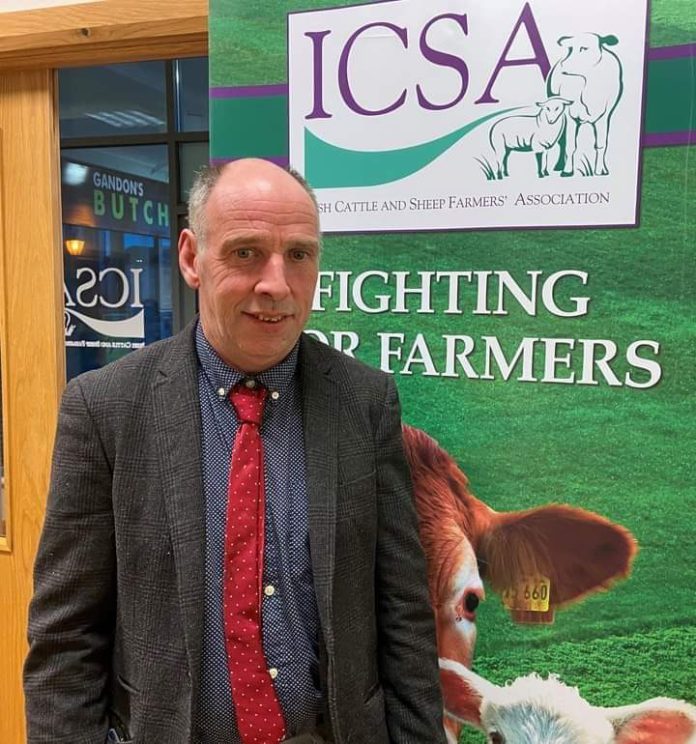 Sean McNamara discusses life as a suckler and sheep farmer, farming in partnership with his son, and his key areas of concern as ICSA sheep chairman.

Sean McNamara, (58) from Co. Westmeath is a progressive sheep and suckler farmer who has ambitious plans as ICSA sheep chairman.

The Lismacaffrey native grew up on a suckler-to-beef farm and dropped out of school-aged fourteen to continue his father’s legacy.

He plans to form a farm partnership with his 23-year-old son, Shane; they run an enterprise, which comprises 40 sucklers, 80 yearlings, 30 replacement heifers and 800 ewes.

Being the second generation to farm the land, he admits that the 80 yearlings, have not provided a viable profit, and he will cease drystock production in 2022.

“I buy two-month-old dairy calves and feed them milk replacer and nuts. With the cost of production, the profit margin is next to zero.” Sean McNamara told That’s Farming.

“I am only after getting back into sucklers in the last two years. I got out for fifteen to sixteen years to move to drystock. I was feeding and killing them; it was a waste of time.” 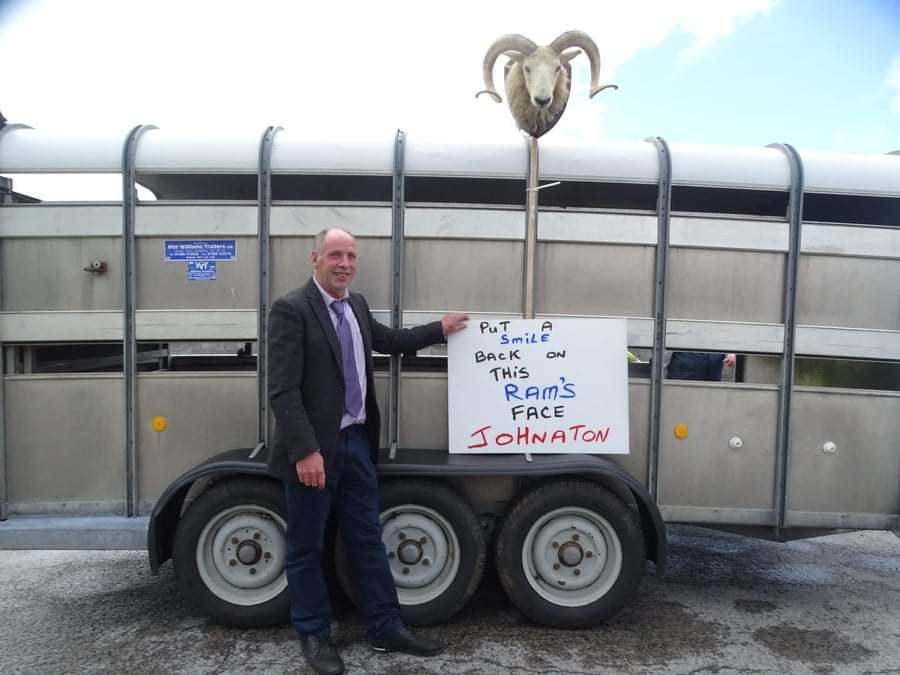 The pair’s herd consists of mainly continental cattle, with a Limousin bull. He feeds stock beef concentrates for six weeks before slaughtering these under thirty months.

Sean is a factory agent and cattle dealer, attending local marts, and he also hauls sheep and cattle to local marts and factories.

In 2000, he introduced sheep to his holding, a move which was prompted by an infection outbreak, as alluded to earlier.

Today, their flock comprises 800 ewes, which are mostly crossbreds and mountain breeds. The McNamaras lamb their flock from March 17th with Texel, a Charollais-cross, Leicester, Blue Texel and Dorset Horn being their ram breeds of choice.

300 lambs are fed intensive lamb ration for several weeks and are slaughtered at four-to-four-and-a-half-months-old from the middle of July onwards. 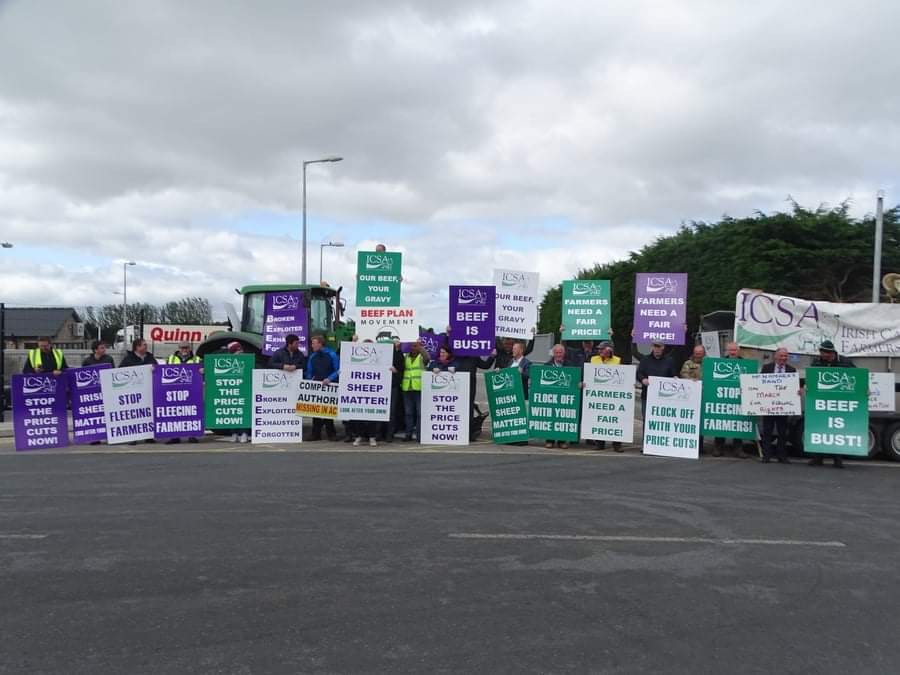 His direct experience as a sheep farmer puts Sean in a strong position as ICSA sheep chairman. In recent times, he raised concerns about the now-familiar dog attacks.

“There are not enough dog wardens out there. I think there needs to be a lot tougher fine out there. Dogs come along, chase sheep, kill sheep and hurt sheep.”

“There should be a four-figure sum of a fine, they should be put down, and that is it. I want more recreation parks around towns for people to walk their dogs.”

“This time of the year is dangerous to walk dogs without a lead. If a recreational park was available, dog owners availing of this should be charged a minimal fee of a couple of hundred euro. This money could be put aside to compensate farmers in the event of a sheep attack.”

In the new agri-environment scheme, dubbed the ‘new REPS’, he believes the sector should be recognised.

In terms of the Sheep Welfare Scheme, Sean is calling for payment rates to be increased to €30/ewe. Furthermore, in the next CAP, he wishes to see increased funding for sheep farmers, as they are the lowest single farm payment recipients. 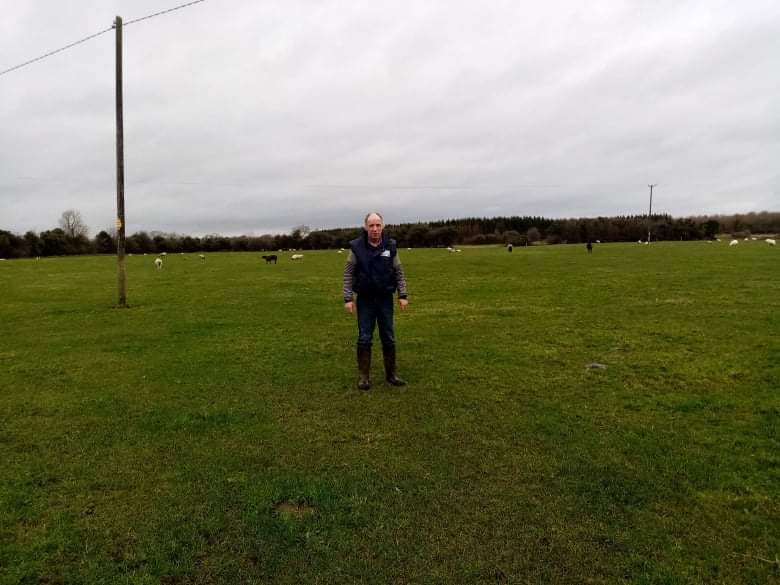 Looking ahead, the pair want to expand their suckler herd size to include 100 cows whilst focusing on sustainability and environmental measures.

“The way we are working, we want to make a viable living for two families. That is the way I want to do it.” the ICSA chairman concluded.