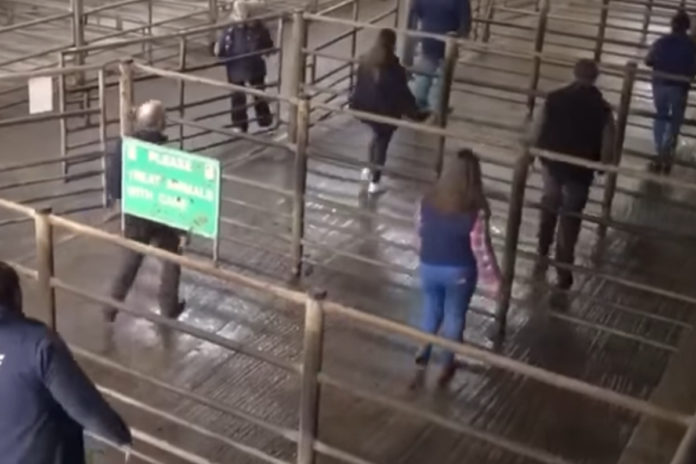 Staff at Mayo-Sligo Livestock Mart are the latest to step up to the Jerusalema challenge.

The west of Ireland-based venue follows hot on the heels of Carnew Mart, Tullow Mart, and Delvin Mart, who released videos of their attempts across social media in recent weeks.

Mayo-Sligo Livestock Mart, which is situated in Ballina, Co. Mayo, has participated in the global dance challenge with a view to raising funds for Embrace FARM.

Members of the public can donate to the charity, a support network for those impacted by farm accidents, at the mart’s weekly sheep, cattle, and calf sale on Tuesday (March 9th).

Various organisations and individuals across the island of Ireland have been following in Gardaí’s footsteps by stepping up the challenge.

Last month, members of An Garda Síochána responded to the challenge laid down by Swiss police to “give the public we serve a lift in these challenging times”.

Swiss police claimed that their Irish counterparts would never be able to top the “precision, discipline and perfectionism” on show.

In a tweet, a spokesperson for An Garda Síochá na said: “We have stepped up to the Swiss police @fedpolCH #JerusalemaChallenge. Gardaí across Ireland answered the call to give the public we serve a lift in these challenging times. #StayTogether #homeStaySafe.”

The global challenge began in February 2020 after a group of friends, Fenómenos do Semba, shot a video of themselves dancing to the track in Angola. The gospel-influenced house song is by South African producer, Master KG, and performed by singer-songwriter, Nomcebo.

Will you be next to take on the challenge? Send your video clips to That’s Farming by emailing – [email protected]

Your video may be featured on our website and across our various social media channels.