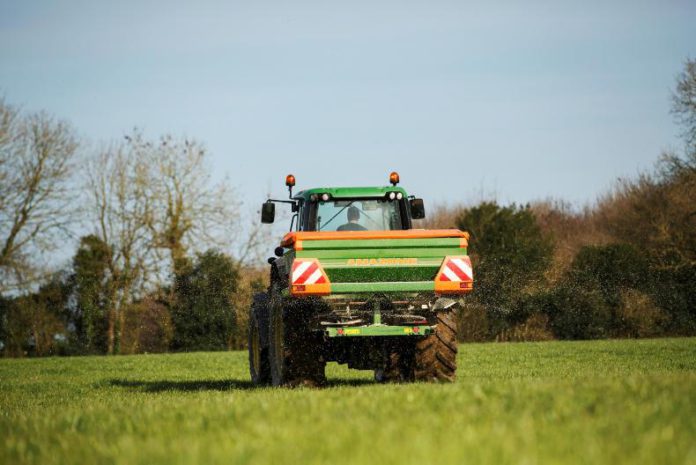 Minister for Agriculture, Food and the Marine, Charlie McConalogue, has outlined that his department will be “closely monitoring” how the fertiliser market develops in the weeks ahead.

The minister made the remark in response to a parliamentary question from Sinn Féin Cavan-Monaghan TD, Matt Carthy.

Deputy Carthy asked the minister for his views on the reduced supply and increasing costs of fertiliser products, along with his plans to take measures to address the issue.

In response, Minister McConalogue, said he understands that there has been an upward trend in fertiliser prices in recent times.”

“While there are a number of factors contributing to these price increases, the major driving factors are increased global demand, rising production costs and issues with supply for certain fertiliser products.”

“On the demand side, an overall increase in fertiliser use nationally is not expected this year. While fertiliser sales here have been steadily increasing over the last decade, there are generally continuing signs of a levelling off in nitrogen sales in recent years.”

Growth in sales of fertiliser has been relatively modest over the last four years. Sales of nitrogen were 2.8% higher in 2020 compared to 2017, according to the minister.

“Industry sources indicate that there is no immediate concern with overall fertiliser supplies.”

He noted that many farmers have purchased their fertiliser earlier this year than in previous years and are not exposed to the current price increases.

“However, the tightness of supply and current uncertainty in the market could result in a delayed availability of some fertiliser products. In particular, urea-based products, as the season progresses into March and April.” the minister concluded.

The IFA has published the results of a survey on fertiliser prices that it conducted across the country in January.

The survey collected the prices of several fertilisers in each county. Results show a significant variation in fertiliser prices across the country ranging from €10/t to €30/t.

The keenest quotes are for volume orders and or near cash deals. In many cases, bulk purchase and self-collection reduce prices by €10 to 20/t.