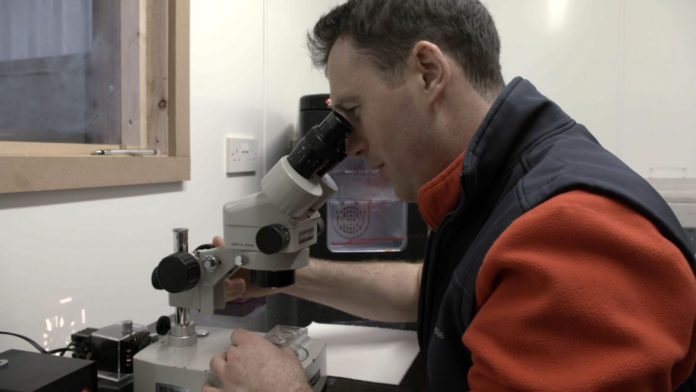 Ear to the Ground meets an embryo transfer specialist

Tonight’s episode of Ear to the Ground will feature one of Ireland’s largest rhubarb producers, Dáire Markham, a vet with a passion embryo transfer, and Tuam Mother and Baby Home.

Derek Ryan, a fourth-generation vegetable farmer in north Co. Dublin, is one of Ireland’s biggest producers of rhubarb.

His season runs from February to October, but he’s got a new plan to fill the winter months. Unique to Ireland, Derek is now producing a valuable ‘pink rhubarb’ variant which is grown undercover to accelerate its growth in winter. Helen Carroll visits the farm to see how this year’s crop is faring.

When the time came to raise a family, veterinarian Dáire Markham knew that working in a full-time practice would no longer be manageable.

He had developed an interest in embryo transfer while training in the UK. Recognising a gap in the Irish market, Daire decided to set up a lab on his home farm in Co Roscommon.

Embryo transfer is used to improve the genetic pool in purebred cattle, and Dáire is an enthusiastic breeder of Parthenaise cattle.

Ella McSweeney spent a day with Daire as he carried out the transfer process at his home facility.

Meanwhile, the Mother & Baby Homes Report gripped the attention of the nation in January, revealing the manner in which vulnerable women and children were treated at the hands of the church and state.

Darragh McCullough travels to Galway to meet a man whose life began in the Tuam Mother and Baby Home. He was later fostered by a farming family at the age of 6.

Darragh also speaks with Catherine Corless, the local historian whose relentless research led to the commission of investigation.

Tune into Ear to the Ground (programme 14) on RTÉ One at 7pm tonight (Thursday, February 4th).