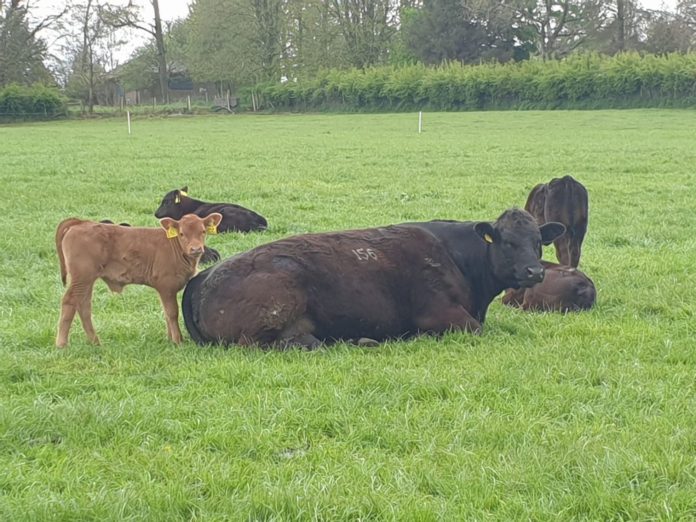 In this article, CAFRE discusses the benefits of benchmarking and reviews differences in net margins between the top and bottom-performing suckler farms.

Benchmarking is a useful management tool that farmers can use to assess business performance, according to Ruth Moore, CAFRE beef and sheep adviser County Fermanagh.

She highlighted that one key features of benchmarking is that information on the benchmarking report is presented per head, per kilogram and per hectare basis.

Another key element of benchmarking is how it allows farmers to monitor their farm business performance year on year, see how changes they have made have impacted the business and finally, how their farm compares to other similar farms.

Enterprise output comprises the value of livestock sales less replacement costs/ livestock purchases and includes any increase or decrease in the value of stock on the ground between the opening valuation of the herd/flock and the closing valuation.

From a management account point of view, we use nominal stock valuations to consider the increase in those calves’ value over the year, therefore contributing to the output that year.

Variable costs relate directly to a particular enterprise and vary in direct proportion to enterprise size. They include costs such as feed, fertiliser, veterinary and medicines.

Gross margin is what is left from the output after variable costs are removed.  Fixed costs cannot be easily allocated to a specific enterprise and do not vary in proportion to the business’s size. They include costs for machinery, buildings, electricity, water, and insurance.

As stated, benchmarking has the added benefit of comparing your own performance against similar farms.

Allen Hall, CAFRE Business Technologist, joined the meeting to highlight some of the main differences between the bottom and top 25% of suckler to beef producers who recently benchmarked with CAFRE.

“We can see that the difference in total output was approximately £250 per cow between the bottom & top 25%.”

According to Hall, drilling down into the variable costs, the top 25% were generally lower on all costs, not just one in particular.

He revealed that concentrates were the largest variable cost, followed by forage costs, which was mostly made up of fertiliser.

Fixed costs tend to account for the largest difference between the top and bottom 25%. The main fixed costs are mechanisation and building depreciation.

Hall commented, “Every farmer’s situation is different. For example, if investment has been made in new housing, yards, or facilities on the farm, then building depreciation will be high for a number of years; however, it is an investment for the future.”

On average, mechanisation costs account for 60% of total fixed costs.

When looking at physical performance, liveweight produced per hectare, and stocking rate are positively related to profit.

It may not be possible for every farm to increase their stocking rate, due to the diversity of soil types in Northern Ireland. Instead, they should aim to optimise stocking rate.

The top 25% had larger herds, which helped to dilute the fixed costs on a per head basis.

The top 25% were feeding fewer concentrates; in the region of 135kg less on a per cow basis, compared to the bottom 25%.

Allen continued, “Illustrating this on a 30-cow herd, this equates to 4,000kg over one year. Obviously, silage quality will also be contributing factor.”

Data from a recent report by the Food Chain Centre (FCC) confirmed that 34% of farmers surveyed who benchmarked, reported increased financial returns.

CAFRE is urging farmers in its Business Development Groups to complete benchmarking early in the year.

You can find more farming tips by clicking here.