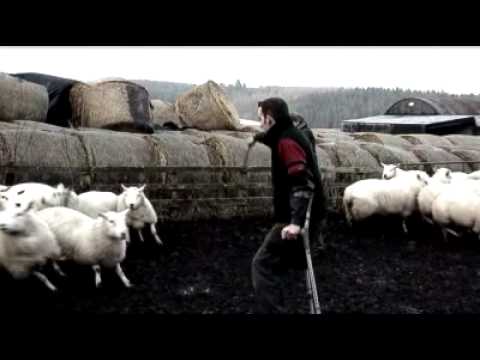 Farm safety is of paramount importance for farmers across the world, as the farmer is the most important fixture on any farm.

Farm accidents have been the cause of 18 deaths, in Ireland alone, in 2019.

The Health and Safety Executive released a video to show the devastating effects that a farm accident can have on your life and others.

The first farmer to appear in this video was subject to an unfortunate accident with a P.T.O. shaft while moving slurry.

“I stepped down off the tractor, leaving it running. I reached over the machine and looked at the pump to see which way the air was flowing, whether it was sucking or blowing.”

“At that second, my jumper and safety vest got entangled in the P.T.O. shaft, which was still running. I was catapulted over the machine, from one side to the other.”

“I landed on the floor and my jumper, shirt and everything was ripped off. I remember lying on the floor with just my right sleeve left and my left arm had been torn off completely.”

Doctors were not able to repair his arm and, in the end, could only seal the wound to make it safe from infection.

“My mum and dad were obviously very upset. My dad was very angry, and my mum was depressed. One of my brothers had to attend counselling.”

“I went through 3 or 4 months of not leaving the house. You don’t think you’re in a depression at the time but when you come out of it you realise that you are, to the point where my dad had to hide the keys to the gun cabinet.”

“I’m a lot more cautious around a lot of the machinery I use. I take my time a lot more now – I stand back and look at the job that I’m doing rather than diving in and getting something wrong. Once it has happened, you can’t take it back.”

The quad bike that this farmer was driving jack-knifed as he left the field he was in, leaving him with life-changing injuries.

“I told my mum I was going to go shoot some crows and I won’t be long. I just pulled out of the field and the quad bike jack-knifed.”

“The shotgun was closed, it wasn’t in the cocked position, and it had the safety trigger on. As the bike went over, the butt of the gun hit the ground and set both barrels off into my leg.”

“I was operated on for about 6 hours. About half-way through the operation, they came out and told my parents that there was only one option left: remove the leg to save my life.”

The accident took away much of his independence, as well as putting a strain on the farm.

“Getting back to work took about a year. I think the annoying thing was going from the person who did as much as he could on the farm to having to ask people to get a lift somewhere or just to make you a cup of coffee.”

“For the financial side of the farm – obviously we were one staff member down. When I was in the hospital, mum or dad would come in and visit each day so that meant we were even more short-staffed.”

“The impact on the family is the most frustrating part of the accident because I do feel like I have let a lot of people down by having it.”

This young farmer was cleaning the roof of a shed when one wrong move cost him dearly. His father recalls the day of the incident, saying:

“We both went up onto the roof, we were going along the crawling boards. I was cleaning one area and he was cleaning another area. For some reason, beyond both of our knowledge, he stepped back and stepped onto a skylight.”

“He was laid off for probably 7 weeks so then we had to pay for contractors to come in and do the work that Peter usually did like driving the combine and things like that.”

The victim of this accident has no recollection of what happened.

“I heard a crash and I quickly looked round. I just saw his hands going through the roof. Turned out he had a broken femur.”

“It’s a shame that sometimes accidents do have to happen to make you more safety conscious.”

- Advertisement -
Previous article
How do I increase the nitrogen availability of slurry?
Next article
Weather: Another dry and bright week ahead