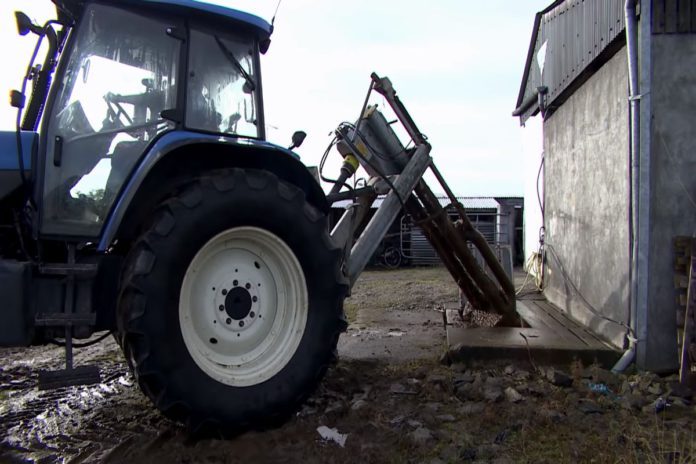 Galway farmer, Eoin, Goldrick was agitating slurry when he was hit by toxic fumes and knocked unconscious. He was lucky enough to survive and be able to tell his story.

In a video by the HSA, Eoin describes the situation he was and the impact that the accident had on him for several months after.

“We were always told not to go near the shed when we were agitating slurry, but we never realised it could be as dangerous as it was.”

“I was agitating slurry around the end of September. The weather was normal, it was just a normal day in September. I was up in the corner of the yard and there were two sheds very close together. There was a row of trees behind me so ventilation would have been poor.”

“I did the same as I always done, put the agitator in the tank and it was hard, the tank was solid.”

“We were throwing water in to mix it up. I suppose I was there for about 2 hours agitating and then a big lump came up the tank. I turned the shoot into the lump to break it up and it was like there was a pop.”

This lump in the slurry released a large quantity of gas, which Eoin ended up inhaling.

“All I can remember is a haze, a fog just came straight up out of the manhole. There was no getting away from it, it just came up too fast. Just like the flick of a switch. It knocked me clean out. There’s no way you can escape it.”

“I remember falling to the ground on top of the pipe and getting sick. I heard a tractor coming on the road, it was a mate of mine. He found me and brought me into the hospital. Only for he did come when he did, it could have been a lot worse.”

The aftermath of the accident was not easy, and it took the Galway farmer many months to recover from the accident.

“It was about 4 days before I came around. They were cleaning my eyes. Taking layers of scum off my eyes. The pain was absolutely horrendous. Financially, I wasn’t able to work for 6 months. I literally wasn’t able. Sometimes you wouldn’t even be able to go outside the house because your head would be so sore.”

He concluded the video by telling all farmers to be aware of the risks involved with slurry and to not take any risks. “There’s gas in every tank. You might not think it, but you can’t take that chance. If you value your life, you’ll take your time and do it right. Simple as that. If you don’t, you might end up on the floor like me and you might not be as lucky.”

- Advertisement -
Previous articleCreed urged to pay balancing GLAS payments immediately
Next articleWeather: Will slurry spreading be on the cards this week?