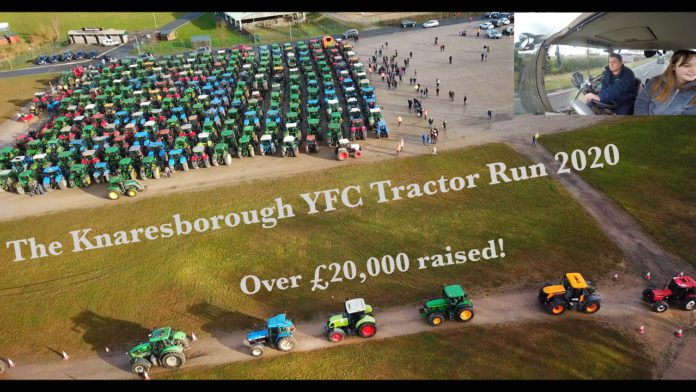 On Sunday (March 8th), around 360 tractors took part in a tractor run, in memory of Michael Spink, a young farmer who died while working in New Zealand.

Matthew Barker, a young farmer from the U.K., has documented the event and shared the video for others to enjoy.

The event was the biggest tractor run in England, with over 360 tractors entered in the charity fundraiser. The tractors travelled from Harrogate to Knaresborough as part of the event, which is a distance of just under 7km.

Management and staff of Delvin Livestock Mart are the latest to take on the Jerusalema Challenge, which has become a worldwide viral sensation, particularly...
Read more
Beef

Three family members from the south of the country, who went to purchase farm equipment, were handed fines to the tune of €100 each...
Read more
- Advertisment -