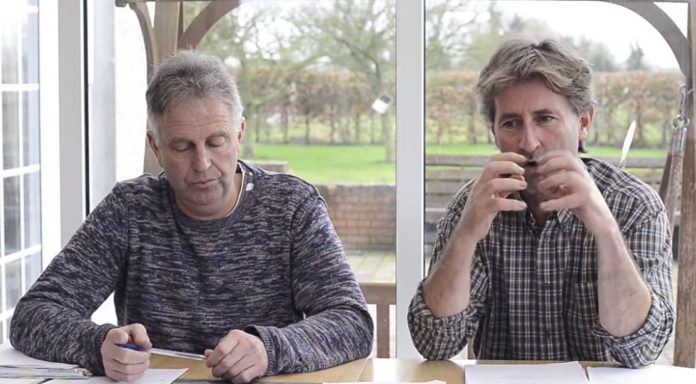 An independent audit of the Beef Plan Movement’s accounts will take place, according to Hugh Doyle and Eamon Corley.

“Regarding any of the finances, I have nothing to worry about. We probably have 90% of receipts for everything that we have paid.” Doyle explained.

“We have receipts still due for a trip to Brussels for some members of the national committee – I am still waiting for those receipts, but I am sure they will come in due course.”

Doyle and Corley shared their views on an EGM, which was held by the ‘stood-down national committee’, who said that they want “answers, accountability and transparency in relation to current issues in the Beef Plan Movement”.

“The only way that you can drive a future is through dialogue,” Doyle said.

“I can tell the farmers out there that I can do no more – if they are not prepared to sit-in around the table, well then we are going to have to look for plan B.”

Concluding, Corley called for the outstanding AGMs to be held before February 15th. “Let’s get a national committee put together that is representative of all the counties in Ireland and let’s get back to the original Beef Plan, where it was a grassroots-led organisation, where people in every county basically had the ideas, those ideas are taken on board and implemented by the people who represent them.”

“Let’s get Beef Plan back on track – let’s tackle the issues that are important to farmers; the money issues, the price of beef, the anti-competitive practices, paying less for our inputs, getting more for our produce and our cattle.”

“Let’s give farmers a voice again, a voice that they deserve because no other farm organisation represents beef and suckler farmers. Let’s give this organisation back to its farmers and let’s go what we are supposed to do for farmers.” Corley added.

Doyle added: “I think Beef Plan has become soft and we need to get back to where we were, back in the early months, where we were prepared to stand for what was right.”

“I think we need to get back to showing the farmers of Ireland that we have a backbone and that we are prepared to do whatever it takes to get fair trade,” Doyle concluded.

Part one of the video series can be viewed here, while part two can be accessed here.