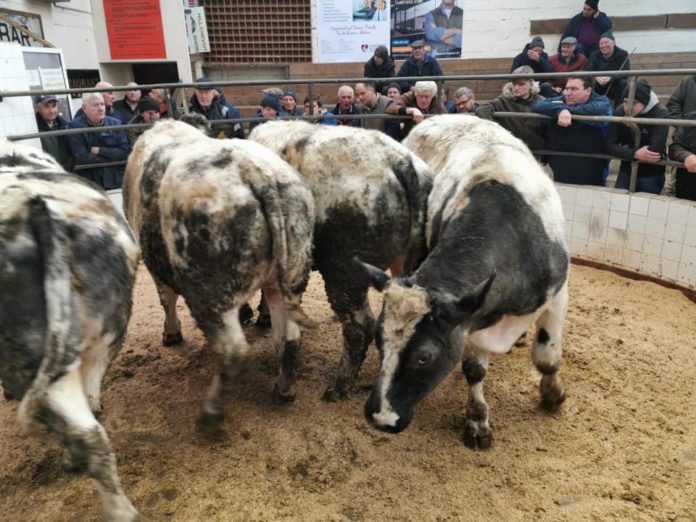 Baltinglass Mart’s 45th annual show and sale of bullocks and bulls, which was held on Wednesday, January 29th, was “one of the best on record”, according to Tom Coleman.

He reported a brisk trade for all classes and a complete clearance of all top-quality beef and store cattle. “The sale was made up of approximately 80% beef cattle and 20% stores.”

“There were some very big prices paid – especially for the prize-winners and particularly noticeable was the demand from farmers for smaller continental type animals.”

“The bidding was brisk and auctioneer, George Candler, kept everyone on their toes with his unique people skills, selling technique and wit,” Coleman added.

Mart owner, Joseph Kinsella, expressed his satisfaction following the successful show and sale. He highlighted that trade for stock was much improved on pre-Christmas prices.

“This is particularly pleasing in light of the frustration, uncertainty and anger in the market which was so evident in recent times with the huge farmer demonstrations in Dublin, highlighting the low prices over the last number of months.”

Coleman explained that butcher and factory-type lambs met with an improved trade at the mart last Saturday (February 1st).

“A bigger number of sheep on offer. Similar trade to last week for stores.”

- Advertisement -
Previous article
VIDEO: Group use jet-skis to travel on flooded road
Next article
Quiz: How much did these culls and weanling bulls sell for at Dowra?