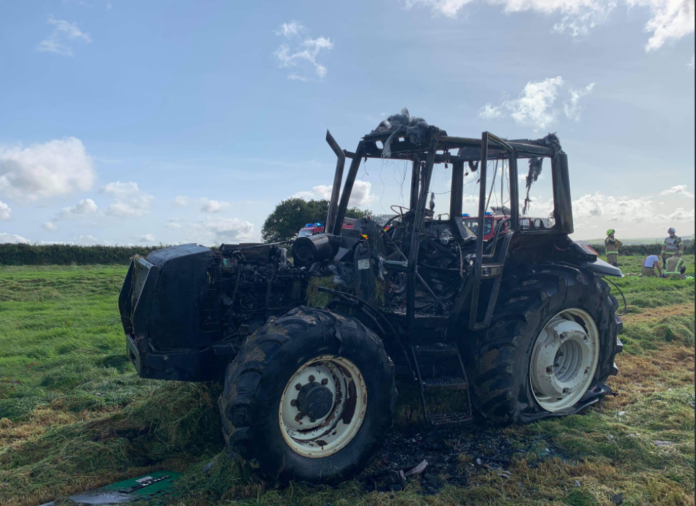 Firefighters were called to a fire, involving a tractor, in a field in the UK over the weekend.

Bude Community Fire Station attended the scene of the incident in Cornall on Saturday, September 12th.

A spokesperson for the fire station, said: “2 pumps from Bude called to a tractor fire.”

“On arrival, crews found it to be well alight. 2 firefighters in breathing apparatus used two

hose reels to bring it under control.”