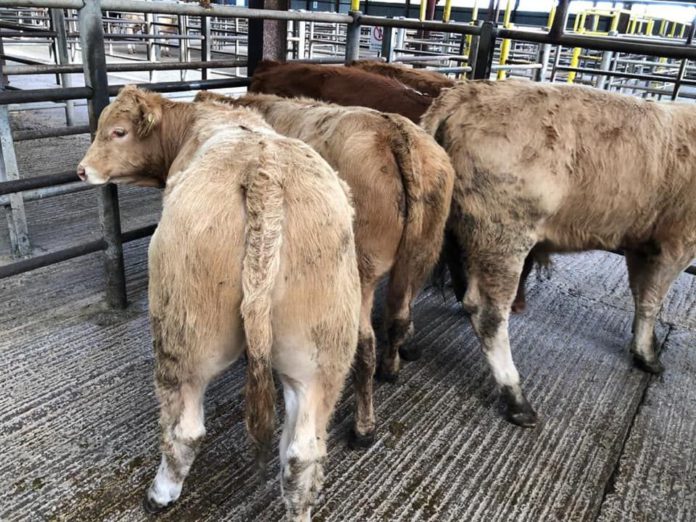 PJ Buckley, chief executive of GVM Group, has said it is very disappointing that marts have been hit with further restrictions right in the middle of the busy back-end period.

This, he added, mirrors what happened in the spring when Ireland was in lockdown from late March to early June.

“That lockdown resulted in almost a reduction of 70% in income for that period. The introduction of the online streaming of sales in late April helped greatly and lessened the impact of the lockdown.”

“Marts had been slowly recovering over the last few months, but we were still down significantly in income.”

“We had learnt to live with the restrictions, in particular, the limit on the number of buyers in the ring and latterly, everyone wearing face coverings.”

“We are now literally back to ground zero, albeit having the online streaming more established will help. However, marts are now totally dependent on it and if it were to fail, there is not a realistic alternative.”

Buckley believes that the previous system of limited numbers in the rings properly controlled together with online provides the best solution.

Trying to sell 450 animals by tender

He made reference to the issue that arose last Saturday when a live auction system provider experienced a server error, impacting some 17 mart centres.

“We had nearly 500 animals to sell in our mart in Carrigallen. While the software people worked frantically to solve the problem, nobody knew how long it might take to get the system going again.”

“Calls were made to Department of Agriculture officials and elected representatives at the highest level. We needed to find a solution if the system could not get up and running quickly.”

“Despite there being welfare and hardship issues for animals, marts, and their customers, we were told that the only solution was to sell the animals by tender or else for owners to take their animals’ home.”

“Trying to sell 450 animals mixed in pens by tender showed absolutely no understanding of how marts operate or how cattle are traded.”

He said the suggestion that marts abandon sales and force sellers to take their animals home showed “absolutely no regard” for farmers or marts.

“But should this surprise us? Many good businesses all over the country who would be well capable of enforcing social distancing have been forced to close.”

Light gone out in rural areas

“Thousands have been left unemployed. Rural areas and towns, in particular, which were on their knees already have been decimated further. The lights have certainly gone out and one wonders if they will ever be switched on again.”

“Every aspect of our lives is now being minutely controlled by the state and enforced by its public servants.”

“These same public servants do not have the worry of not having a business or a job to go back to. Indeed, these public servants have made the rules, are enforcing them and democratic government seem to have abdicated their responsibility.”

“We very much hear that this is about protecting lives, but this very plan is damaging and potentially destroying lives – young and old.”

“Many people are of the view that the lockdowns are more about protecting the health service which is not fit for purpose.”

“It is ironic that the people in the HSE and the Health Service, generally who not too long ago, were the subject of ridicule for not being able to run the health service and hospitals properly are now running the country.”

He acknowledges that the Covid-19 virus is a serious threat and can lead to very serious illness and death.

‘The present strategy is the wrong one’

“I do have sympathy for the people having to make decisions and I acknowledge that solutions are not easy, and that every solution has its own dangers.”
“My own view and I believe it is a strong view of many people I speak to is that the present strategy is the wrong one.”
“We need to learn to live with the virus, take all the precautions necessary but do not damage or destroy vast numbers of people’s lives, businesses, and communities in the process.”
“Instead of lockdown and its associated costs, it might be far wiser to use this money to beef up the health care sector to deal with the virus and its consequences.”
“The fight against Coronavirus has previously been compared to like being in a war. However, at some stage, we do need to come out and face the enemy.”
“Cowered up in our homes in fear is not the answer. We are also being constantly told that ‘we are all in this together’. We are not all in this together, the little people and there are many of us are on our own.” he concluded.
- Advertisement -
Previous article
PHOTOS: Golf course ‘ideal’ for beef or dairy use for sale
Next article
Benefits of feeding colostrum and transition milk