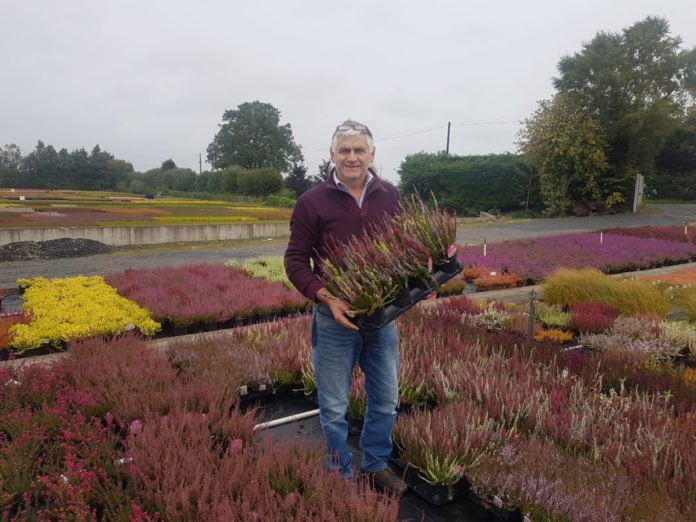 Thousands of jobs at risk over shortage of peat production

One of Ireland’s leading nursery owners has warned that thousands of jobs are at risk in the Irish horticulture industry due to shortage of peat production.

Larry Doran of Doran Nurseries in Timahoe, Co Kildare says the Irish horticultural community has been “thrown into sudden crisis” with fears that Bord na Mona will be unable to supply any peat for next year’s growing season.

No peat available to nursery industry from March

“Bord na Mona previously assured the growers that they had enough stockpiled peat and compost allocated to get them through the next growing season.”

The nursery industry received confirmation on Friday, December 11th, following a high-level meeting with the president of the IFA, Tim Cullinan, and CEO of Bord na Mona, Tom Donnellan that there will not be any peat available to the nursery industry from March.

Doran said the remaining allocation is being diverted for packing in domestic garden compost for the Irish and being exported to the UK market.

“500,000 cubic meters of suitable peat is being stored in close proximity to Edenderry Power Plant. There is a suspicion that this is earmarked for burning for power generation.”

“Peat is the essential growing medium that all growers use to produce their crops. Although an essential raw material for plant growth, the industry typically only uses 1% of Irelands Annual Peat Harvest.”

“The twin concerns of pollution from peat burning and loss of biodiversity and habitat, has led to a complete cessation of peat harvesting since June 2020 due to legal and political challenges. The gross irony of this decision is collapsing the very industry that helps sustain Ireland’s biodiversity.”

“Nursery stock growers, primarily located close to the midland bogs (Bog of Allen), produce millions of plants per annum that have a very positive contribution to our environment (Co2 absorbed and biodiversity).”

He revealed nurseries will be “forced“ to import poor-quality growing material, from the Balkans or Malaysia, 2,300km and 10,000km from Irish shores.

“This will have a compounding detrimental effect on the environment, as we, as people, strive to keep our obligations to the Paris Agreement.”

“There is an epidemic failure within the government to understand the issues facing the environment and impact of short-term objectives and poor decisions on the entire horticulture industry.”