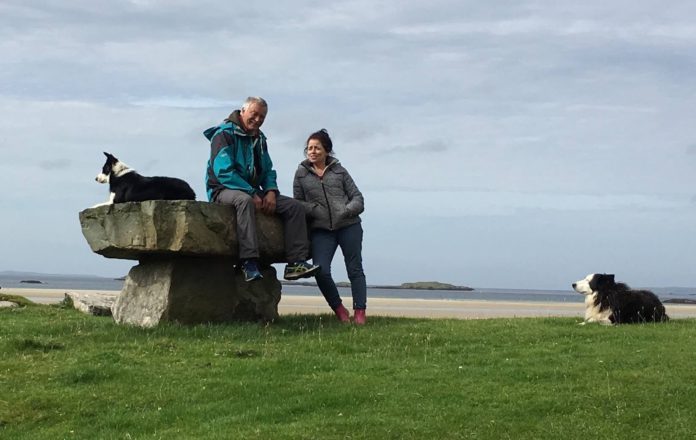 The Lost Valley is a stunning farm, located in the extreme south-west corner of county Mayo, near Louisburgh.

It overlooks the Killary Fjord, and its commonage footprint encompasses the vast, unspoiled planes of Mweelrea mountain.

It is also home to the Lost Valley tourist attraction, an experience like no other, that immerses you in Irish cultural heritage and history through a guided farm and deserted famine village tour.

Gerard Bourke – the farmer and established tour-guide – was born and raised in Uggool, the placename of the old village in the valley.

At eighteen, he went across the waters to England for seven years, soon to return to the rarity that is Uggool to resume farming the land.

The first mandatory task was to make the farm and home house “easily accessible from the main road” and he built a roadway to do so.

This required several years of hard work and manual labour but now marks out just over 5km of roadway as well as the green looped trail around the valley itself.

The Bourkes have had the farm in their family for over three hundred years. They did not always own the land, however.

“They were farming as tenants from Lord Sligo’s rent book before the famine and during the Great Famine, my great-great-grandfather Michael and his family were evicted to make way for a new tenant, British army officer Captain Houston.”

“At that time, 50,000-acres of land were cleared in the general area, from Thallabawn through to Bundorragha to the Erriff valley, or what is today the Leenane-Westport road.”

Michael Bourke returned to the valley post-famine to work as a herdsman. It would be his grandson, Thomas, who was the first to own the land, under the Congested Districts Board.

This board was established by the Land Act of 1891 in response to agitation by the Land League which, in turn, reformed Ireland’s landlord system under British Rule.

The land was first acquired by the Bourke family one hundred years ago and continues to be actively farmed today.

“Traditional farming at the Lost Valley would involve suckler cows, sheep and a scatter of horses.” 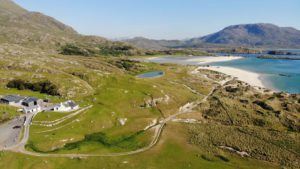 Today, Gerard farms a flock of Mayo Mountain blackface ewes, the scatter of horses also remain around the homestead.

He breeds half of the flock to a Suffolk ram and the other half to a Mayo Mountain blackface ram. The offspring of the latter “are kept as replacement stock who are well-suited to the mountainous ground”.

“All ewes are lambed out; I have to use the daylight hours to do as much as I can.”

This is a management system that optimises the pasture and shelter that the mountainous terrain has to offer.

A typical summer’s day in a farming and tourism context, kicks off with checking the farm and walking the land.

Meanwhile, tour buses meander their way toward the hidden valley. Gerard and his wife, Maureen, meet and greet their guests, welcoming them to the area and to the breathtaking Lost Valley. 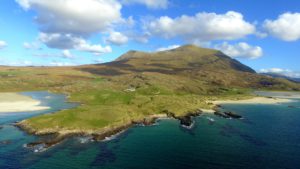 A tour of the farm and the deserted famine village, steeped in heritage and culture, spans over three hours, where one experiences the history and authenticity of the area as if it were inhabited still.

This ground was once host to potato plots, the ridges of which are still completely undisturbed and visible today.

Pet lambs, working sheepdog demonstrations and seasonal sheep-shearing to name but a few farming practices, are to be experienced on the tour.

The narrative that Gerard delivers and has perfected gives visitors a wholesome experience, perhaps like no other of its kind in Ireland.

The tour typically draws to a close with tea on the hillside for all visitors, where the day’s work of farming can resume for the Bourke family soon after they are fed and watered.

“I’d like to build on and improve the roadway, to allow full-size coaches up to the farm,” Gerard explains.

One major advantage to increasing the volume of visitors and accommodating very large vehicles, would be to make the valley as accessible as possible from the main road also. 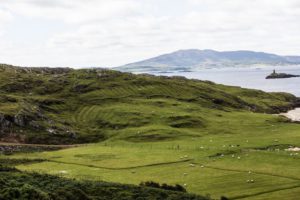 The Lost Valley and the surrounding area would benefit greatly from the help of Mayo County Council to assist in improving the main road conditions leading to the area in the form of laybys and road surfacing, Gerard suggests.

The summer of 2020 saw heavy traffic in the area, with holidaymakers from all corners of Ireland flocking to this stunning piece of Mayo and for the views of the adjacent Silver Strand Beach.

Gerard, the full-time active farmer of the land, relishes the “remoteness, the wilderness of the farm and the tranquillity” of his home.

He says he looks forward to springtime both for the hustle and bustle of farming life at lambing time and the lead up to meeting a variety of visitors throughout the summer season.

A vision for the future is that the Lost Valley are to be recognised as being “as good as Kylemore Abbey!”.

Undoubtedly this is achievable, as the Lost Valley has been awarded the Trip Advisor Travelers’ Choice 2020. It continues to expand to reach new heights as one of the most scenic cultural attractions and working farms in Ireland.