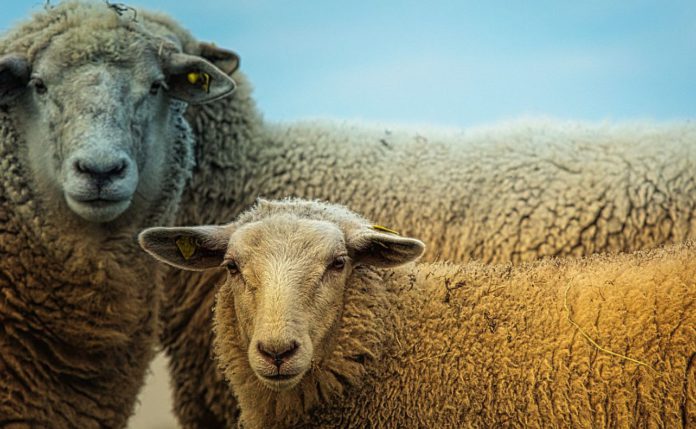 Prices obtained for lamb and indeed breeding stock has been well above average. While this is true, something that always remains an issue and will not go away is the range of ailments/diseases that sheep are prone to.

I will cover one of the most common, namely liver fluke in this article.

With our wet climate, liver fluke is a bug that thrives in this country. It is an issue in both cattle and sheep, but sheep are often hit hardest by it.

It impacts all ages of sheep as it is picked up off the grass when sheep are grazing, this commonly occurs in the autumn and winter months.

As all farmers know, it is farm, year and even field-specific, meaning that there are numerous factors that can make the incidence of liver fluke in a flock more or less severe.

To understand liver fluke, it is important to know a small bit about its lifecycle. At its mature stage, it is what is called a flatworm, no bigger than your fingernail.

But there are several stages where the fluke lives outside of the primary host (sheep). It also needs what we call an Intermediate host (mud snail) to survive.

The mature fluke in the sheep produces eggs that are excreted from the sheep typically in springtime.

These eggs hatch and contain what is called miracidia, which penetrate into the mud snail. The mud snail itself needs damp conditions to survive such as marginal land, flooded areas or actually most land if the weather is wet enough.

The fluke lives in the mud snail most of the summer going into the autumn at which stage it leaves this host, it is shed from the snail as what we call cercaria and it migrates up the grass leaves waiting to be picked up by grazing livestock.

That is all fine so far but when it is ingested by the sheep the problem starts. It completes its Lifecycle over the course of 10-12 weeks inside the sheep.

It starts as what we call an early immature fluke then after about 4 weeks, we call it immature and after 9 weeks, it is mature.

As it migrates to maturity, the immature stage can cause severe liver damage. Untreated, it can cause reduced performance; poor thrive in lambs, loss of liver value and eventually death.

As we know the lifecycle so well, we can use this to try reducing infection rates and slowing down or preventing it.

Dosing routines in the winter and spring can prevent fluke eggs getting onto pastures. in summer and autumn, we can prevent sheep from grazing high risk/wet areas of the farm.

We can go to the level of draining localised wet areas to reduce snail numbers and even fence off these areas within a field, particularly in high-risk periods.

Treatments – watch out for resistance issues:

There are 6 common families of Active Ingredient (A.I.) used to treat liver fluke and each in turn has several common brand names that contain those Actives.

The active ingredients in question are sold under different brand names and are useful against different stages of the worm. For example, Closantel-based products will target liver fluke from approximately weeks 4-12 inside the animal.

It is important to know what stage the dose you are using is targeting – check manufacturer’s label and use as directed.

The time of year can be used to predict what stage of fluke you need to treat for.

Most farmers will need to dose more than once over the course of the winter/spring. As a farmer at a discussion group said last week, it is an insurance policy.

The number of doses you give over the winter is dependent on several conditions and if in doubt seek veterinary advice.

It is useful to look for feedback from the factory as to the status of livers of ewes or lambs you send for slaughter. It will be a good indicator of how effectively fluke is being controlled on your farm.

Do not worm dose ewe unless there is a demonstrated needed

To prevent resistance building up against the doses you are using on your farm, try to use different active ingredients, remembering that just because you change brand name does not mean you have changed active component.

An example here is that Flukiver and Duotech have the same A.I. So if you change from Duotech to Flukiver, you are still using the same flukicide.

Therefore, farmers need to be careful about using Rafoxanide product as an alternative to Closantel – it is not a true alternative.

Also, on a related theme, current advice is to not worm dose ewes unless there is a demonstrated need – avoid using fluke and wormer products for ewes, ok for lambs but watch withdrawal. This is related to halting resistance issues with worm doses.

So, liver fluke is undoubtedly a major economic drawback on sheep farms in Ireland.

One client of mine, this time of year a few years ago, had 40 ewes left out to the ram. They were in a wettish area of land. They got severe liver fluke damage.

The farmer lost 12 of the 40 ewes in one go with acute liver fluke damage, a further 20 did not prove in-lamb.

The remaining 8 lambed, but because of poor body condition, they were extremely difficult lambings, what he described as a “nightmare”.

But there could be hope on the horizon. Although there is no immunity to liver fluke at the moment, there is a vaccine project ongoing; it is at an early stage.

The research project is led by Professor John Dalton in NUIG working closely with Dr Orla Keane of Teagasc.

They are currently testing 3 novel vaccines on a farm in Sligo at the moment.

The sheep will remain on the trial over the winter and we hope to have some preliminary results next summer.

As everyone will no doubt be aware from all the coverage of the development of a COVID vaccine, this type of research takes a long time, possibly many years and the prospect of a commercial vaccine is still some way off, but it is a silver lining.