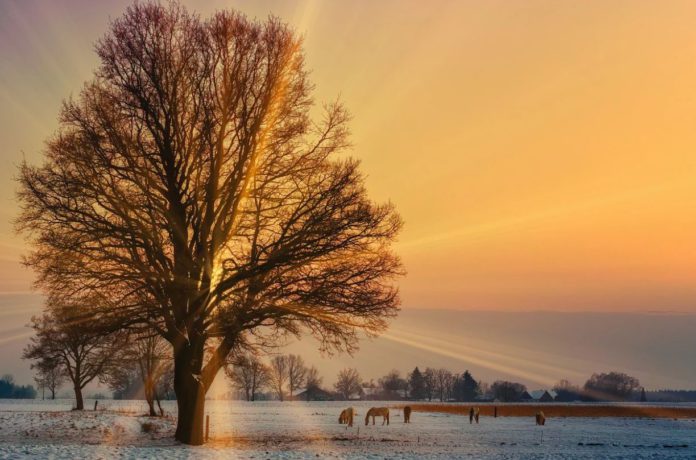 The end of the farming year – Time to sleep

The winter is with us, and the world of nature is asleep. As we approach the Winter Solstice, the rays from the sun get lower while the earth spins as far out of the sun’s reach as it does at any point in the year.

Light levels fall, temperatures drop, and even the farmers might think about getting a little more sleep than usual. The farming forecast from Sunday lunchtime is indicating zero grass growth this week, and the weather, in general, is miserable.

But isn’t it funny?  This, for me, is one of the most hopeful and energising times of the year. Is it just in the mindset of farmers to be looking forward always?

Is it normal to be giddy with hope after an exhausting year when we spot little signs of the impending spring even in the depths of winter?

The signs of life stirring beneath the cold veil of winter are everywhere when we look for them—weak, early morning sunshine from the east sweeps across rolling fields of tillering grasses.

Fields not grazed since late October are showing healthy covers. Any field grazed tight in November has got a good washing since then and the shiny green shoots sprouting in all directions are testament to the powers of recovery of Mother Nature.

Dairy cows dried off and dosed are beginning to put on a little condition and show a little shine in their coats as they regenerate after a long year’s milking.

Time is ticking though; they are getting closer and closer to calving season from late January and the beginning of another year of milk production.

Cattle farmers, who took in woolly lodgers to clean out excess autumn grass, are eyeing the good factory prices. Many of their visitors have been moved on as they plan for spring growth on their tidied up paddocks.

A walk in the woods at these times shows many signs of decay – but also signs of the promise of new life.

Fallen autumn leaves, which formed a carpet of crispness a few weeks ago, are now melting into the soil and forming a slippery sludge which will soon begin to fuel the bluebells’ clever bolt for the sun, designed to get them seeded before the oak and ash leaves block their access to light.

Tiny buds are evident on many trees which are sleepily easing slowly through their dormancy. Any cold snap in the next few weeks would be therapeutic and life-giving. It would trigger the buds to speed up preparation for spring which is just over the horizon.

Yesterday, in the garden, I came across a pot overturned by the strong winds from a few nights ago.  While setting it upright, I noticed the daffodil and tulip bulbs which had fallen sideways had begun sprouting under the compost.

And the snowdrops in a sheltered spot under a few evergreens are barely peeking over the ground, having a little look and assessing whether it might be almost time to make their escape from the cold soil.

Shakespeare had it sussed when he wrote:

Rest is as essential a part of the healing process at year’s end as it is at day’s end and nature instinctively knows this.  There is an old Irish proverb which says: “A good laugh and a long sleep are the 2 best cures for anything”.

Have you ever marvelled at how a paddock damaged and exhausted by heavy footfall in the autumn can, in the spring, often appear fresher and stronger from the experience?

And how a sick sheep or calf seemingly at death’s door the night before, can, after a good night’s sleep, seem like a different animal altogether in the morning?

The world and all of us may have taken a bit of a battering in 2020.  But the vital signs are good, and 2021 holds much promise of better times and healthier days ahead.

So, shouldn’t we all take our well-deserved rest at year’s end and give ourselves a little clap on the back for a job well done?

As the singer John Spillane puts it so well in his song: “Dance of the Cherry trees”:

“You know we’ve travelled all around the sun,

it’s taken us one whole year

Enjoy the rest everyone:  We deserve it.