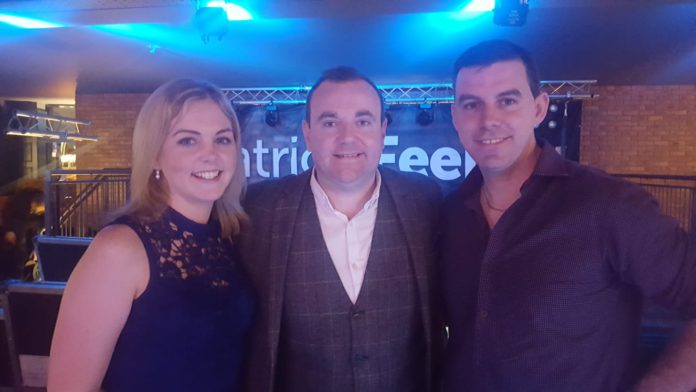 Annette and Colin McCormack, Drumshanbo, Co. Leitrim have a passion for country music and quality cattle.

The couple, who lease a 34-acre farm, are parents to twin girls: Saoirse and Shauna (1) and run A&C Country Jiving.

When did your passion for farming begin?

From a young age, I had a huge interest in farming and pedigree show cattle.  I used to always halter train a calf on the farm. As I got older, I started going to winter fairs and bull sales in Carrick-on-Shannon and Tullamore.

I am a Charolais breeder to the core, and I have been over to shows and sales in Scotland and France. Annette also hails from a farming background. 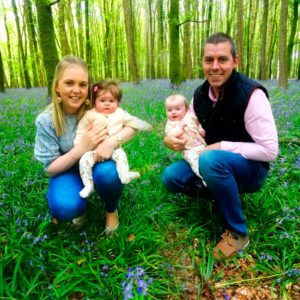 What does your enterprise consist of?

I operate a beef enterprise of 10 cows consisting of a mixture of breeds such as Charolais, Limousins, Shorthorns and Salers with one pedigree Simmental cow.

I recently purchased a Pedigree Charolais heifer, Aghafad One Dream, at the Elite Charolais heifer sale in Tullamore.  The plan for the future is to expand numbers on the pedigree front to increase farm income.

I was educated in Ballyhaise Agricultural College, where I attained a Level 6 Green Cert. I completed a nine-month placement on a 50-cow dairy farm in Riverstown, Sligo.

What type of calving system do you operate?

Our calving period is generally from September to March. All cows will get pre-calving nuts, rolled oats, soya, hay, pre-calving minerals and access to a lick bucket approximately six weeks before they are due to calve. We use Moocall on cows that are near calving.

I use top AI sires with a mixture of Charolais, Limousins, Belgian Blues and Simmentals. 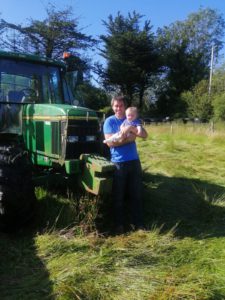 What is your outlook on the future of farming?

Brexit has caused a lot of uncertainty for farmers regarding beef exports and live exports. Ireland produces some of the best beef in the world, and we don’t get the recognition for it when our cattle are killed in factories.

There must be a premium price for premium cattle so they will be able to purchase cattle again for further feeding.

How did A&C Country Jiving begin?

In 2013, we set up A&C Country Jiving at a time when the country music and dances were taking off in Ireland. Our dance classes consist of mostly jiving, waltzing, foxtrot, and some line dancing to both young and old.

We also love to attend country dances nationwide and would often travel to venues like Carrick, Claremorris, and Donegal. There was always country music in our houses when we were children. As a child, I remember attending many Seamus Moore gigs.

Patrick Feeney, Robert Mizzell, and Derek Ryan always guarantee a great night of dancing. We also had the privilege to see the late Big Tom perform a couple of times. 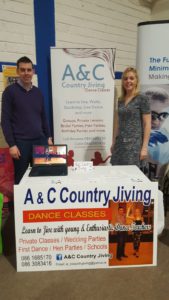 What other counties do you hold dance classes in?

Our classes are usually held in counties, Leitrim, Sligo, Donegal, and Longford.  January would usually be our busiest month alongside February, March, and April.

In the past couple of years, we branched our business out into hen parties and private classes for couples getting married.  These classes are extremely popular all over Ireland.

How has Covid impacted your farm and A&C Country Jiving?

The global pandemic has affected everyone. We miss the dancing and the social interaction of meeting people a couple of nights a week.

We have made great friends over the years through dancing, and you always meet new people. Hopefully, 2021 will be a better year, and we get back to the dance floors.

In terms of farming, online auction systems are not the same as actually viewing the animal in person. Not all farmers have access to technology to go online to view sales, and people don’t have the experience in using these systems.

It is hard for everyone. I do think that the online system works well for pedigree and fat stock sales.