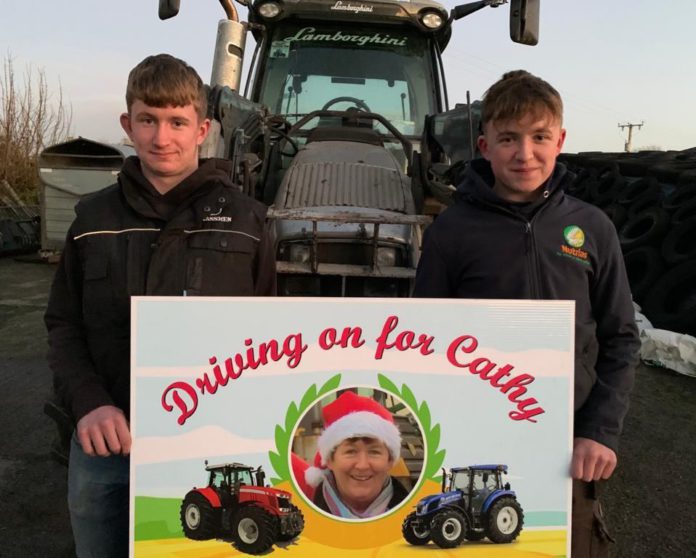 Two young teenage farmers are organising a virtual tractor/truck/car run in memory of their late mother.

The fundraiser is the brainchild of fifth-generation farmers, Martin Glennon (16) and his younger brother, Shane (14), from Co. Roscommon.

They hail from a mixed farm with suckler cows, breeding Simmentals under the Marsha prefix, and sheep.

They told That’s Farming: “We lost our mam after a very short 6-week illness to cancer. We are organizing a fundraiser for the Irish Cancer Society, Galway Hospice, and Mayo/Roscommon Hospice in her memory and to raise much-needed funds in what was a tough year so far.”

Cathy was involved in farming and community life in Moore, south Roscommon. She coached both underage soccer with Moore United and hurling with local GAA club, Padraig Pearses.

“Mam was involved in all community fundraisers and initiatives. She was a ‘go-to’ person, a leader and a great supporter of ours and others. She instilled great values in us, and we are incredibly proud of her.” 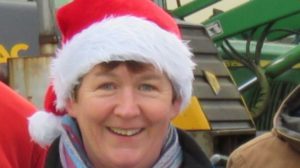 “To do this, we are asking people to email pictures of their own tractor/truck run before 5 pm on December 13th to drivingonforcathy@gmail.com.”

“It will be a fun event for the whole family to get involved in; kids can drive their tractor ride-ons, or simply take a picture of their toy tractors or draw a picture of a tractor.”

Furthermore, the young farmers have created a GoFundMe page and appreciate any donations.