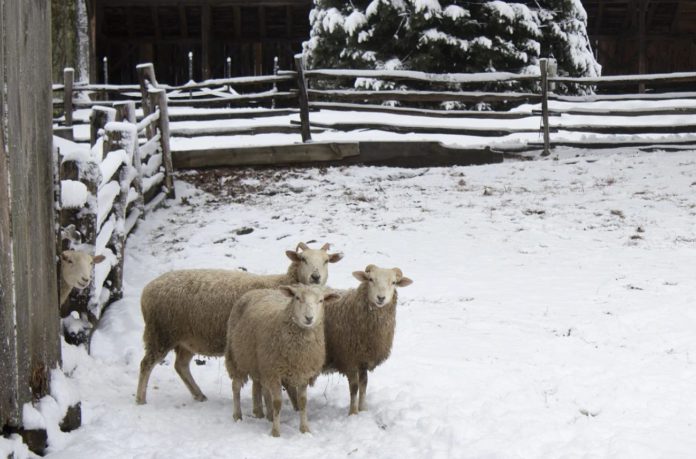 Sixteen sheep have died after falling through ice into a frozen pond in the UK.

North Yorkshire Fire and Rescue Service was deployed to a rescue operation involving sheep in Burton Leonard. The incident occurred on a farm on Saturday, January 9th, 2021.

In a statement, a fire spokesperson said:

“A number of crews attended a large quantity of sheep that had wandered on to a frozen pond causing the ice to break.”

In a brief statement, a spokesperson said: “Castleblayney Fire Crew today assisted in an animal rescue. Firefighters wearing flood suits and B.A. aided in the removal of a number of cattle from a slurry pit.”

“Gas monitors were also used to monitor the atmosphere of the slatted shed for the safety of the first responders.”

All animals were successfully rescued, according to Dermot Brannigan, Monaghan’s chief fire officer.

In December, a number of cattle died in a truck fire in Co. Limerick.

The incident occurred on the Limerick side of the Adare on the N21 on Sunday, December 6th.

The road was closed according to AA Roadwatch and re-opened the following morning.

Six units of Limerick Fire and Rescue service attended the scene, with Gardaí, after the alarm was raised shortly after 7.30pm.

In a statement at the time, a spokesperson for An Garda Síochána said:

“A truck was on fire at the scene. Fire services also attended and extinguished the fire. A number of animals are deceased as a result of the fire. Enquiries are ongoing.”