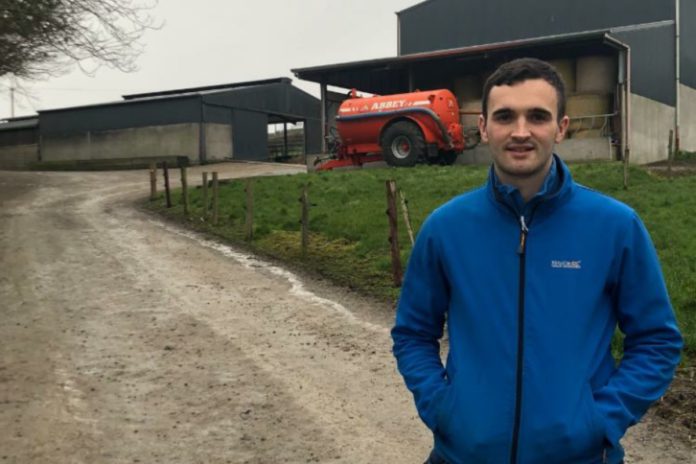 ‘Farmers are full of knowledge; it’s very important to listen to them’

“My late grandfather, John, and my father’s younger brother, Aidan, have been milking cows since I can remember,” he told That’s Farming.

“There were a few cows milked in a byre before my grandfather’s time but nothing like the numbers that are there today.” he told That’s Farming.

His uncle, Aidan, runs a farm of over fifty hectares, farming more than 230 animals, with help from nephews.

The farm consists of 85 high-yielding Holstein Friesians. This is mainly a spring-calving herd while 25% calve during the autumn months. Angus, Belgian Blue and Limousin straws are used for beef.

“The calves are reared as replacements or finished for beef. The milking platform is around 15ha, so silage is cut on an out-farm which is a few kilometres from the home farm.”

Cow health, nutrition, cleanliness and comfort are top priorities on this dairy enterprise. “It takes a lot of time, effort and investment to keep these simple things right.” Seán pointed out. 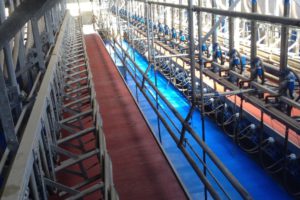 The most enjoyable aspect of farming for the 24-year-old is walking the farm as he is most passionate about grassland management.

“I enjoy all aspects of dairy farming but if I was to pick one particular area it would be grassland management. By walking the land every week, it gives me a good indication of what is happening on the farm.”

“The biggest learning curve was putting what I learned into practice during my Professional Work Placement (PWE) module in third year of college.”

He participated in grass walks on a 300-cow farm which he worked on in Co. Meath. The farmer explained how covers were estimated and how to allocate grass to cows.

Seán was responsible for deciding whether or not to let cows out for a period after milking.

“I will never forget the first time I made this decision. I watched them graze for two hours to make sure they didn’t damage the paddock, but that’s all part of the learning curve, I suppose.”

Seán has since gained valuable knowledge while working with Teagasc clients and advisors, combined with experience he gained from a part-time job with Cork Grassland Services.

After completing his final exam in May 2018, Seán applied for a masters in conjunction with Teagasc and UCD which was based in two Teagasc advisory offices.

He secured a place in August and began working with four dairy advisors in Midleton, Co. Cork, in September.

“In year two of the programme, I was based in Longford working with four dry stock advisors. It was a fantastic experience, and I would highly recommend the programme to anyone.”

“I was delighted to be 2020 runner-up Walsh Scholar of the year in my master’s programme. Just to be nominated was great, but to be acknowledged in that way was special.”

Seán began his current role with Grassland Agro in November 2020, visiting farms in Cavan and Monaghan.

As well as being a wholesaler of standard mainstream chemical fertilisers, this company also has a range of enhanced soil conditioner and fertiliser products, animal nutrition products, cubicle disinfectant and dairy hygiene products.

As a technical sales advisor, Seán is responsible for ensuring his current client base, and new customers are getting the most out of their soil.

“I assess soil fertility, soil structure, soil biology and grass quality and put a tailored plan in place for each farm and farmer.”

“I love getting out and talking to farmers, hearing their stories, the challenges they face daily and hopefully help them solve an issue they may have on their farm.”

In addition, he is working part-time with Cavan Grassland Consultancy. 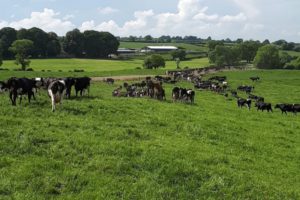 Furthermore, Seán is currently undertaking an online farm taxation and accounting course. His aim is “to keep in touch with all aspects of running a farming business”.

He advises people who are considering a career in the agricultural industry but are not from a farming background to ask as many questions as they can while gaining as much farm experience as possible.

“The more questions you ask, the more knowledge you will gain. Farmers are full of knowledge; it’s very important to listen to them.”

“I would be a firm believer in what’s for you won’t pass you. Just try your best at everything you do,” Seán concluded.