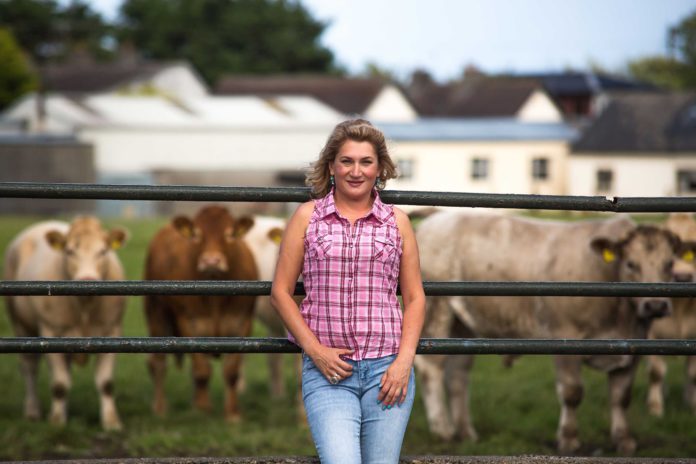 Larissa Tormey claimed a prestigious international award the same week that she released her brand-new album, Breath of Fresh Air.

Her new long-player dropped on Friday, November 13th, and the fourteen-track collection includes her now award-winning single, Why Don’t You Love Me?

The song claimed the prize for the most Amazing Female/Male Voice for a Folk/Americana Cover at the Fair Play Country Music Magazine’s Red Carpet Awards Show in Holland recently.

Nominated in several categories, Larissa was in the middle of a busy schedule as she prepared for the release of Breath of Fresh Air this coming Friday.

“I was so surprised! I was not expecting it at all. But I have to say a big thank you to all the organisers for nominating me and to the big international jury for giving me the award.”

“I am delighted and grateful for the recognition, I really am. And of course, my congratulations to all of the other nominees and winners from the night as well.”

Larissa’s Breath of Fresh Air album was already shaping up to be one of her most popular to date. It contains several radio hits from the last few years, including her versions of Far Side Banks of Jordan, The Wind on the Hill, and the Big Tom classic, Going Out The Same Way You Came In.

The album also includes her own songs including You Miss My Smile, Old Fashioned, and Inner Angel, and of course her latest single, the album’s title track, Breath of Fresh Air.

“I’m really happy with this album. I think it represents so well who I am as an artist. And my new single, which also features the extraordinary talents of my friends Dave Sheriff and Brandon McPhee, was so much fun to work on.”

“They are two very special performers, and I was delighted to have them join me on that song. It’s the first track on the album, and not only was it co-written by the wonderful Irish songwriter Michael Commins – who also wrote The Wind on the Hill – Michael wrote it for me!”

“As a songwriter myself, it’s a great honour to actually have a song written about me, and for me. So that song is very special to me for so many reasons.”

“This is my third country album now, and to also have a song on there which has been recognised by an international audience in this way, it makes my heart feel very full!”

“It’s been a tough year for musicians everywhere, and we really don’t know what to expect from 2021 either. But it’s important that we keep finding ways to make music, and to release music if we can.”

Breath Of Fresh Air also includes recent singles, Only My Heart, and One Drop Of Water, as well as Things from Bobby Darrin, Buddy Mondlock’s Coming Down With The Rain, Loretta Lynn’s The Big Man, and the Eaton/Aeschlimann co-write Here Comes The Love.

“My fascinating story of Russian mezzo-soprano, who married an Irish farmer and started to sing country music, is still going strong! Though I became a crossover artist, singing in many other genres, as long as the song is amazing and means something to me.” she added.

Breath of Fresh Air, the brand-new album from Larissa Tormey, is available on all platforms since Friday, November 13th.


- Advertisement -
Previous article
PHOTOS: Farm buildings with land for sale in Achill
Next article
Kevin Carey: The wind and rain have landed and show no sign of letting up