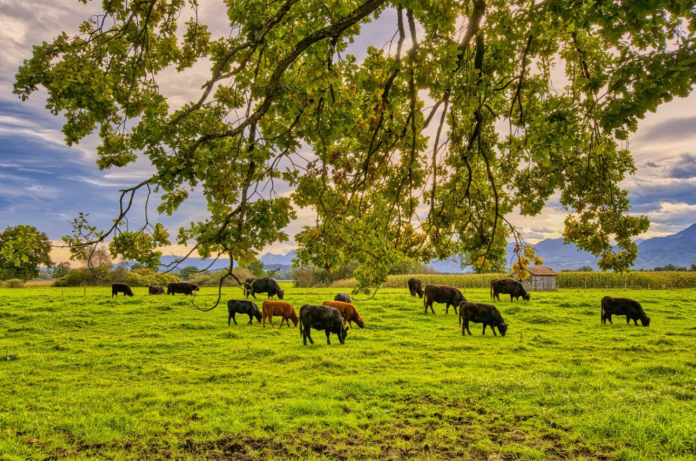 ‘Farmers should be incentivised to rewild 100% of their land’

The Irish Wildlife Trust has called on the DAFM to include rewilding as an option for farmers in the next CAP.

Rewilding is a method of restoring natural ecosystems. It involves “making space for nature” and is “essential” for restoring peatlands, native forests and river floodplains.

The trust views it as “perhaps the quickest, cheapest and easiest way to address the biodiversity and climate emergency simultaneously”.

In addition to rewilding, the IWT has suggested including specific measures to reward farmers who:

In a statement on Wednesday, November 8th, a spokesperson for the trust said:

“Currently, farmers are penalised under CAP rules where they have natural habitats on their farm.”

“Current proposals indicate that a farmer may be permitted to rewild up to 30% of their land. While this is welcome, it does not go far enough.”

“Where there are sound climate, water or biodiversity benefits, farmers should be incentivised to rewild 100% of their land.”

“Particularly in upland peatlands, farmers must be sent a clear signal that they will not be penalised for having scrub vegetation. This is something that has contributed to an annual illegal fire season with devastating ecological consequences.”

The trust believes the DAFM should reward farmers for developing management plans that restore native vegetation in these areas.

In its submission to the CAP Strategic Plan, the IWT also highlighted how the current proposals “don’t go nearly far enough” to address the multiple environmental challenges over the coming decade.

“Proposed eco-schemes, which will be mandatory for all recipients of farm subsidies, are notable for their lack of ambition and seem principally designed to keep the money flowing.”

“Agri-environmental schemes, which are supposed to go the extra mile in terms of meeting environmental aims, are mostly lacking any clear direction or purpose.”

The trust said this is “astonishing” given that previous schemes have “all failed to address the biodiversity crisis for this very reason”.

“The CAP is a phenomenal amount of taxpayers money that has left a legacy of pollution, extinction and ecological destruction.”

“We have an opportunity now to move to a decade of renewal and regeneration that will not only help nature but farmers and wider society, which is ultimately paying for these schemes.”