That's FarmingThat\'s Farming Irelands Largest Farming News, Properties and Classifieds Network
HomeDairyRe-entering dairy: ‘We sat down, crunched the numbers and drew up a... 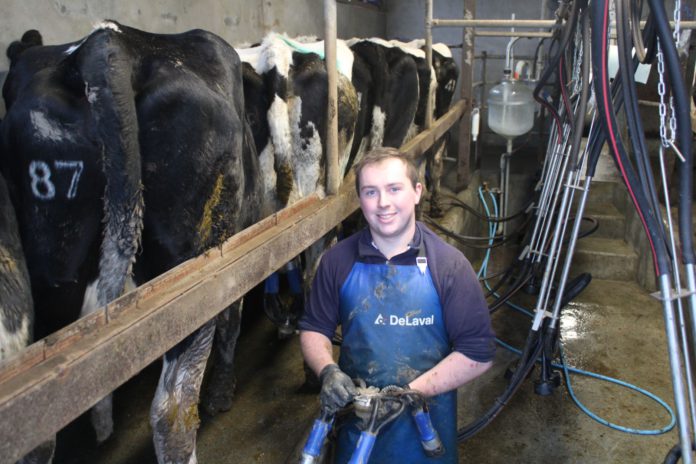 Re-entering dairy: ‘We sat down, crunched the numbers and drew up a 5-year plan’

Cathal Tighe (22) is a dairy farmer and agricultural science student from Aglish in north Tipperary, 5km from Borrisokane.

The fourth-generation farmer runs a dairy enterprise with his father, Charley.

Traditionally, the family have a strong tradition of dairy production, and they supplied Borrisokane co-op from its foundation in the 1950s.

“By the 1960s with the introduction of rural electrification, my grandfather, who had a background in water pumps, became one of the first people to install milking machines in the area.” he told That’s Farming

“However, when milk quotas were introduced in 1981, the farm found itself with an unsustainably small quota and milk production ended in the late 90s.”

“My father continued to fatten cattle here, and my earliest memories of farming are sitting on the toolbox of our Ford tractor while he fed out silage.”

“However, it was not before long the dairy gene got hold of me as I was a regular visitor to my uncle’s dairy farm. It was over there where I cut my teeth on dairy farming and where my interest really developed.” 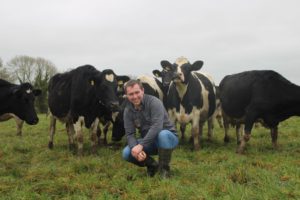 Cathal shares milking duties, with his father, while his younger brother is also involved. Up until October 2020, the farm was a dairy calf-to-beef enterprise, raising 90-100 calves right through to slaughter.

“However, beef was becoming a less viable option. When I returned home from placement in New Zealand, my father suggested that we would re-enter the dairy industry.”

“I have always been passionate about dairying and Friesian cows from a young age. Furthermore, I have been relief milking on farms in the area for the past number of years.”

“On several occasions, I strongly suggested we should enter the dairy industry so when my father decided to start milking again, I was thrilled. We sat down, crunched the numbers and drew up a 5-year plan; it looked very feasible.”

They also had an advantage as they still had a 6-unit milking parlour, which was installed in 1991. They aimed to start next January; however, to be on the safe side, they gave the milking machine a once over replacing the vacuum pump, added electronic 2×2 pulsation and re-rubbered the milking machine. 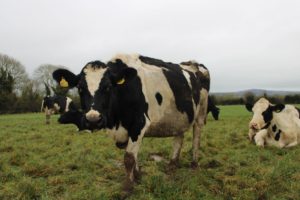 Cathal initially contacted Grasstec in May 2020 and informed the company of their interest in purchasing a complete herd. In the last week of September, they contacted Cathal in relation to a herd dispersal of 50 cows.

“My father, my uncle and I headed to view the cows. The cows were exactly what we were after. They are a 50/50 mix of British Friesian/ Holstein and had an average EBI of 130.”

“The Friesian/Holstein is ideal for our system as we want the performance of the Holstein but the lower maintenance of the Friesian.”

“We purchased the cows and they arrived on October 20th. It was fair to say that for someone who has always wanted to milk cows that it was a significant achievement.”

“We are supplying our milk to Arrabawn. We have the rest of the stock housed which includes 25 fatteners and 90 weanlings.” 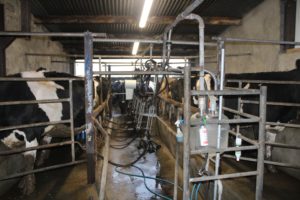 He is a third-year student, having completed two years in Mountbellew after enrolling in 2018 with a view to graduating in 2022.

After completing his Leaving Cert, the 22-year-old went on to study business in Galway. However, he quickly realised that a career outside of agriculture was not for him. He completed the first year of business and then enrolled in agri-business.

“I have to say it was one of the best decisions I have made. After first-year, I switched over to agricultural science. As part of second year, we had twelve weeks of placement.” 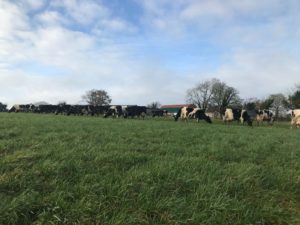 “Three other students and I decided to go to New Zealand. Initially, the plan was to go for five months, but with COVID-19, this was cut short to three months. However, it was an epic experience.”

“Getting the opportunity to travel to New Zealand was certainly the highlight of my studies so far. We are currently studying online, and to be honest, it has a lot of pros and cons.”

“The pros are that it has been a massive saving on diesel for myself as I was going to commute this year. Secondly, the fact that we are at home allows me to juggle both college and the farm.”

“The cons, however, are that poor broadband is hampering with live online lectures. As this is a science-based course, it is exceedingly difficult to understand some of the lab bases subjects which have been carried out online as well.” 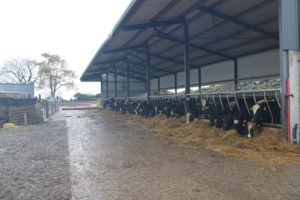 Cathal’s short-term goals are to qualify and pursue a career within the environmental management sector. He highlighted that environmental awareness is “very much in focus now” and there are many job opportunities at present within the sector.

“I also hope to continue milking along with the job and to continue farming alongside my father. We are also planning on improving infrastructure to expand to 90-95 cows within 5-6 years.”

“The calf-to-beef operation will be phased out over the next two years. My long-term goal is to return home and run the farm full-time,” he concluded.