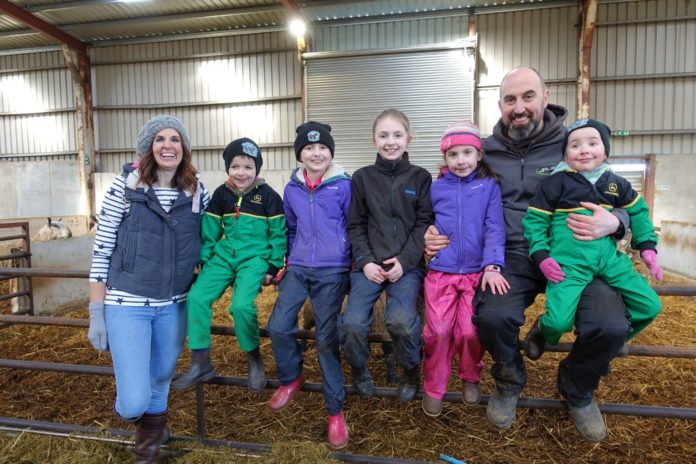 Rare Breed – A Farming Year: Meet the stars of the 9th series

The hugely successful Rare Breed – A Farming Year returns to our screens next Tuesday, January 12th at 7.30pm.

Seven families from across Northern Ireland will provide an insight into the ups and downs of their year in 2020.

Rare Breed is the ground-breaking year-in-the-life documentary series charting the reality of farming in Northern Ireland.

The series, in its ninth year, features several people, including three families whose daughters are stepping up to look after the family business, along with a new community farm in County Antrim.

In Fermanagh, the series also meets a young couple running a dairy enterprise.

In the first episode we meet five of the families. First off is the Preston family at their sheep farm near Gortin, Tyrone. They are busy preparing for their pedigree Beltex flock’s lambing season, with Zara and her dad, Kenny, building maternity pens, ensuring all is clean and ready for the ewes.

Kenny comments, “If it’s not clean, it’s not right,” pointing out that there is too much money involved in the process to run the risk of disease. Zara is studying floristry at college but wouldn’t ever miss lambing season.

We then meet Jonny Hanson who runs a unique farm just outside Glynn, near Larne. Jubilee is the first of its type in Northern Ireland; it’s funded and worked by a group of like-minded people with a passion for growing their own food.

Opened in 2019, the farm has a market garden, pigs, geese, and goats.  Jonny studied snow leopards in Nepal before taking on the farm and jokes about farming preparing you for parenthood. “You shovel it in one end, shovel it out at the other, trying not to lose your life or your sanity!”

James Alexander is a familiar face to Rare Breed fans. He farms cattle and sheep with his family near Randalstown, Antrim.  James produces in-calf cattle to sell on to other farmers and has developed his sheep flock since he last took part in the series.

In the first episode, James is having 320 cattle artificially inseminated (AI). The process is complicated and time consuming, but he has plenty of helpers, including Jack Smyth from the last series of Rare Breed. James comments, “The big days are the best days.”

James’ children are also featured in the series as they are now old enough to help during the lambing season in the Spring.

We find ourselves back in Tyrone at Des Kelly’s cattle and sheep farm near Ballygawley. He got a nice New Year’s surprise in the form of six new lambs. Combining farming with a job in accountancy,

Des has full-time help on the farm from experienced herdsman, Rodrigo Ferreira, who originally honed his animals handling skills in his native Brazil. In January, Des and Rodrigo are getting to grips with a new hi-tech feeding machine for the cattle.

Our last stop in the first episode is to Fermanagh, where young couple, Margaret and Andrew Little run a progressive dairy enterprise near Tempo. Andrew is a second-generation farmer working alongside his Dad, Raymond.

Former nurse Margaret is busy rearing calves in the farm’s ‘maternity’ unit, driving during silage season, and vaccinating among many other jobs. She also has several Simmental cattle and later in the series, we see her and Andrew’s Mum, Katherine developing the vegetable garden for the family. 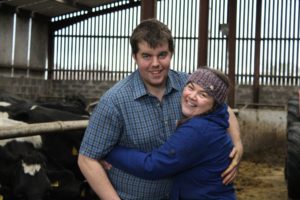 Later in the series, we meet young farmer Emily McGowan, from Balloo outside Newtownards, who studied agriculture at Harper Adams in Shropshire, England and returned home to launch a new farm shop venture.

She’s following in her dad, Adrian’s footsteps. He is one of Northern Ireland’s leading farmers and Emily is working closely with him to learn all she can to be a top farmer.

- Advertisement -
Previous article
160 cows evacuated to safety after barn goes up in flames
Next article
Sheep prices at Blessington Mart: ‘Good start’ to 2021 for fat and store lambs