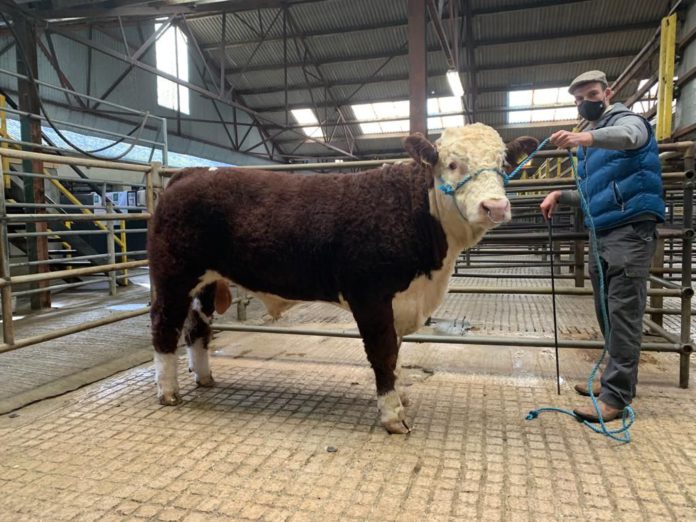 50% of entries offered for sale at the final autumn Hereford sale of the 2020 calendar found new homes.

A number of double-entered bulls, which were sold the previous week in Tullamore, along with a number of private sales, led to 19 bulls appearing on the day out of the catalogued 27.

A society spokesperson said this was “reflective of the sudden national lockdown that came into effect earlier in the week and the strict restrictions around access to view the bulls in the mart”.

These factors, coupled with all bidding to be conducted remotely, proved to be hurdles for the sale.

“However, despite the unfavourable sale conditions, 50% clearance rate is significantly up on the same sale last year and very respectable considering the wider circumstances.”

This 5-star terminal bull was sired by Brocca Kieran & home-bred from Droumdaniel Delia 12th and sold to Co. Limerick for €2,900.

Captain, being the herd’s top-performing bull, is a full brother to Droumdaniel Devine who placed second in Tullamore Show.

Devine was also champion of Cork Show, reserve champion in Dunmanway Show and was in the top five of the interbreed class, all in 2019.

Further success for the West Cork herd came when 15-month-old Droumdaniel Chaser sold for €2,300 to a fellow Cork farmer. 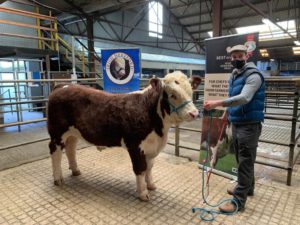 Clouncagh Herefords from Limerick secured the second-best price of the day when Airhill Rory sold to Kilsunny Herefords for €2,500.

“In spite of the current restrictions, there has been a positive outcome from both autumn Hereford sales this year.” 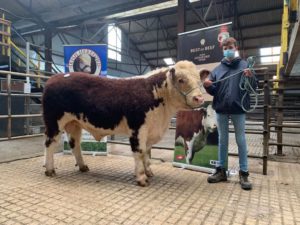 “Even though normal circumstances were not available i.e. showing, washing, no buyers allowed around the ring etc, the outcome was much better than anticipated.”

“A huge help was also down to the sponsorship by Irish Hereford Prime to the purchasers of the top five highest-priced bulls which provided an added incentive to those interested in securing the top animals and proved very beneficial to breeders alike.”

“Well done to all exhibitors on the day and the very best of luck to all purchasers & breeders.” 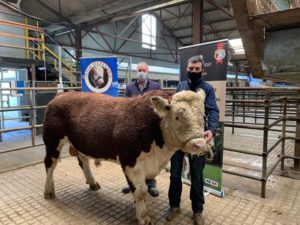 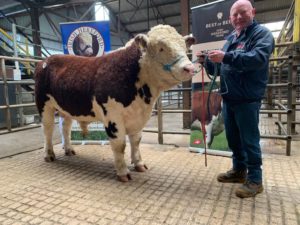 - Advertisement -
Previous article
Male hospitalised as 65 firefighters battle blaze at thatched cottage
Next article
Opinion: ‘A farmer who does not own a smartphone/computer should not be excluded from buying livestock’