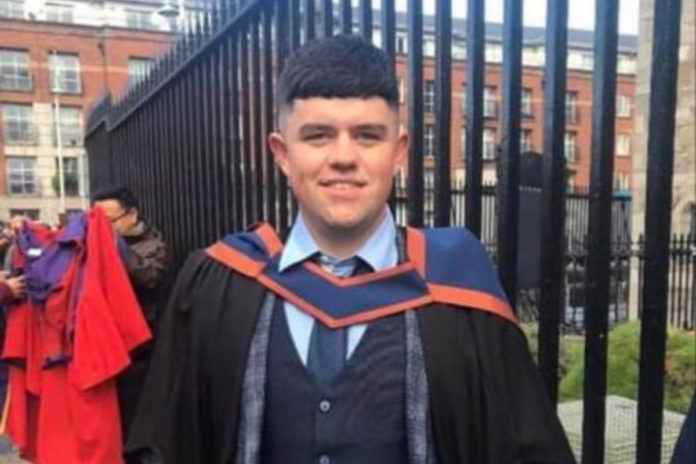 Over €100,000 has been raised to support Jonny Mulligan, a young quad accident survivor.

His family launched a GoFundMe page after he was involved in an accident while working on the family farm last April, as reported by us.

He came off a quad on a main road and subsequently sustained a brain injury.

Mulligan was rushed to Cavan Hospital before he was transferred to Beaumont Hospital. Two weeks later, following the accident, he came off a ventilator and was put on a tracheostomy.

He started to breathe on his own, three days later, and spoke to his family for the first time since the accident.

Fast forward a couple of weeks, Jonny was transferred to Cavan Hospital. He was then moved to Monaghan Rehabilitation Hospital to undergo physiotherapy, speech and language and occupational therapy.

Jonny was due to have his cranioplasty surgery on October 20th, but this has been rescheduled.

The family of Johnny Mulligan posted an update on January 1st, 2021. It reads as follows:

“We would like to say a huge thank you to everybody that has donated towards Jonny’s fundraiser and also a big thanks to everyone that has organised and supported the other fundraising events such as the many raffles that have taken place all over the country and further afield, Christmas jumper days, non-uniform days, the LargyJog4Jonny event and many more.”

“The support and generosity that we have received from everyone is truly overwhelming. We are completely lost for words. We never ever thought that we would end up raising over 100k for Jonny’s fundraiser. Our family will be forever grateful to you all.”

In recent weeks, Jonny, unfortunately, contracted Covid-19 and was transferred back from Beaumont Hospital to Cavan Hospital to isolate. He was asymptomatic and has since completed his isolation period and is currently back in Monaghan Hospital.”

“On December 26th, we received fantastic news that Jonny will be heading to the National Rehabilitation Hospital in Dun Laoghaire on January 4th, where he will undergo intense rehabilitation.”

“Jonny is also due to have his cranioplasty surgery in the coming months ahead. We are hopeful that once he has this operation that there will be a huge improvement in Jonny.”

“Jonny still hasn’t regained his eyesight and has no movement on his right side, but we live in hope and pray that in time they will come back to him.”

“We also got some good news that our planning permission application for the extension has been approved. We are hoping to start building the extension and making the necessary changes to our house for Jonny in the New Year.”

“We would also like to take this opportunity to thank the amazing medical teams in Beaumont, Cavan and Monaghan hospital that have been looking after Jonny for the last 8 months and even in these tough times, they still continue to provide excellent care and support to Jonny.”

“We are so immensely proud of Jonny and his determination to keep pushing every day and considering all that he has been through, he still has such a positive outlook and attitude towards life and still likes to crack the odd joke now and then. We really cannot wait for the day that we get the news that Jonny can come back home to Killeevan.”

“We would like to wish you all a Happy New Year and thank you all once again from the bottom of our hearts.” the family concluded.