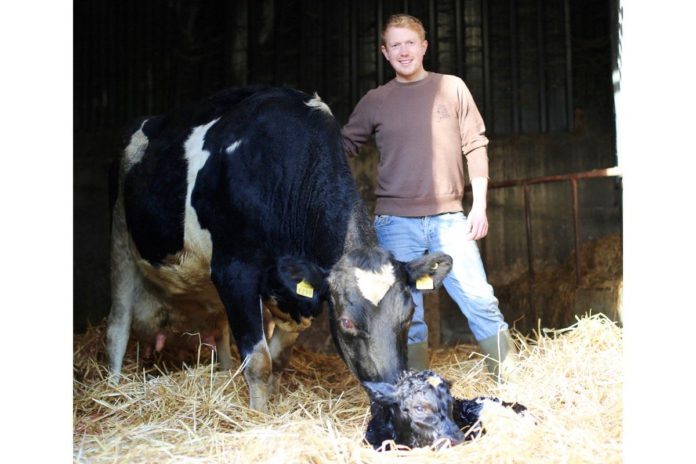 Edward Dudley has been running Kilsunny Pedigree Herds since he was twenty-two years of age. The Tipperary native is the third-generation to farm the land.

Who is involved in the farm?

My dad, Trevor, my mam, Louise, and sister, Susan, are involved in the 150-acre farm. We own one-hundred-acres and rent fifty.

Did you attend college?

I studied secondary school teaching in DCU but never actually ended up teaching. I have a degree as a security policy, but my heart was always in farming.

When did you begin farming?

I was seven-years-old when I started doing farm jobs. I have been home on the farm since the age of twenty-two. Dad registered the first Hereford in 1972, and dairy breeding began in 1949. The herd went into pedigrees in 1981.

What type of system do you run?

The farm comprises of 98% pedigree in both herds. British Friesian is the main breed in the dairy herd and Hereford would be our central breed in the beef dwelling beside a small herd of Shorthorn and ten Aberdeen Angus cows.

We milk eighty dairy cows with each calving a minimum of one calf. There are forty bulls in the herd which are all sold in the springtime. 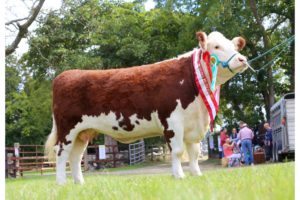 What is the reasoning behind choosing these breeds?

British Friesians are chosen as they have high farmer satisfaction and retain a balance between fertility and milk production. Bull calves are worth more than a British Holstein calf.

Hereford is chosen due to low maintenance, low input, and they don’t eat a lot of feed. It works very well for our system.

We would not be reliant on stars or figures, but we do like a nice animal presented. We also look out for ease of management, and margins are tight in beef at the moment. 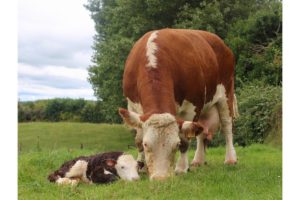 We carry 80,000 followers between several social media platform. It helps sell the livestock in a free way of sharing what we do on the farm; I enjoy it.

Do you exhibit cattle at agricultural shows?

We are very active on the pedigree show and sale circuits. Kilsunny Las Lilly achieved 1st prize at Tullamore Show over the last three years.

The final bull that went into AI was Kilsunny Goliath who moved into Dovea Genetics in 2010. He sired four of the five male champions at Tullamore for other herds and was number one bull on ICBF registration in the year 2013 or 2014.

Kilsunny Lass Prim gained eleven or twelve first prizes during the summer of 2019 and achieved the Munster junior female of the year.

Are you satisfied with the herd performance at the moment?

We are very happy with the herd, but there is always room for improvement. We have a nice type of cow and calf with good strong maternal lines and a good cow family working hard in the herd. Also, we have a lot of annually, customers who come back for bulls and heifers.

What is the grazing pattern used on the farm?

The farm is split into different paddocks with the dairy cows going out on the twenty of January except for wet days, and then in early March, they are grazing in the paddocks morning and evenings. Sucklers go out to grass between the end of March and early April. 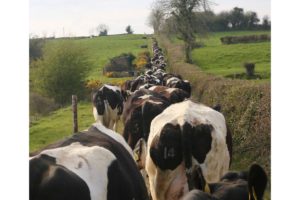 When are the livestock housed?

The animals are not housed until the end of October. The stock are not housed during a hot summer, although we do burn up quickly as we have a very dry farm so grass growth decreases.

Some of the beef cows and bulls are out to grass all year.It is a massive time saver with the feeding and housing cost.

Does the farm use AI or stock bulls?

On the beef enterprise, we use 20% AI as we are heavenly dependent on our stock bulls which are Hereford and Angus.

In the dairy herd, we use 80% AI between Hereford and British Friesian which is distributed by Dovea Genetics who have a great selection of bulls, and we also use a Holland-based bovine centre.

When does calving take place?

It is a 65% spring calving and 35% autumn calving system to spread it out to suit the winter milking. The bulk of calving is between January and March. There is a selection then also between October and December.

We sell 30 dairy heifers calves between four to six months old, and we save 5-10 replacement calves. All bulls go for breeding at twelve to eighteen months. 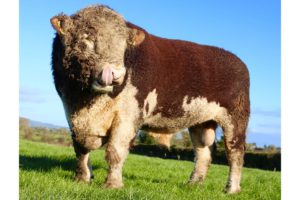 We feed Grass and silage to dairy cows who are on an 80% protein ration. Bulls are fed from breeding between nine to ten months but not in the summer as we try to feed grass, permitting if we have enough available. The dairy cows get fed in the parlour, and the bulls get fed in preparation for selling.

Is the farm a member of any breed societies?

We are a member of the Irish Hereford, Aberdeen Angus, Irish Shorthorn and Irish Holstein Friesian societies.

I work for the Irish Aberdeen Angus handling some of their PR work alongside capturing some of their events. I photographed a show in Dualla in August 2019 called the All-Ireland Aberdeen-Angus championships. It is just a hobby that I do with farming taking priority.

What impact has Covid-19 had on your enterprise?

We were fortunate with the farm during the breeding season as we were able to trade thirty bulls last spring from April 1st to June 1st.

We sell animals from eleven months to eighteen to twenty months. Mid-February to mid-June is the peak time for selling with some in the autumn.

The farm succeeded during the pandemic to deliver bulls, get the milk collected and cut silage and hay.