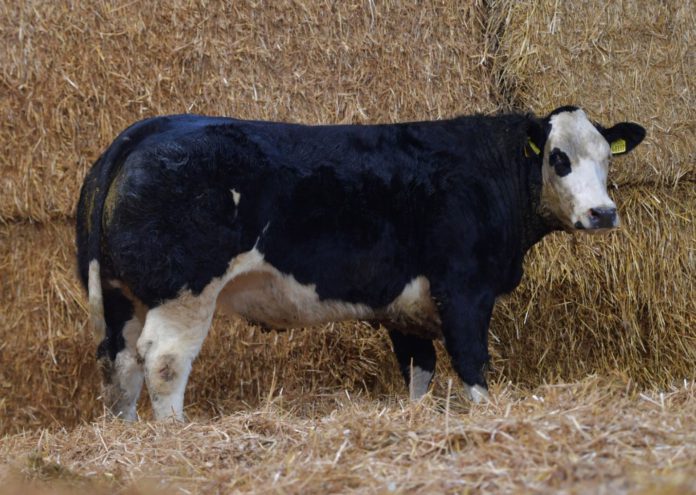 One of the first livestock auctions to take place in 2021 has been announced by auctioneer Richard Beattie.

James and Nelson Alexander, Randalstown have handpicked 50 in-calf commercial heifers for an on-farm sale on Saturday, January 2nd at 1 pm.

“These are considered to be very special heifers with great potential for making exceptional young cows. The majority are Limousin, and British Blue-bred with several Simmentals also catalogued. They are all scanned in-calf to easy calving bulls.”

The sale will be run using usual mart protocols. There will be a limited number of ringside buyers in attendance with allocated spots at the ring. Also, bidding is available via marteye.ie

James and Nelson Alexander, a father and son team, farm near Randalstown in Co Antrim. They run a herd of 800-1000 replacement heifers, a 700-ewe commercial flock and a 120-ewe pedigree Suffolk flock.

At their most recent sheep sale, close to 1,000 entries went under the hammer with a top call of 6,100 guineas recorded.

However, their main enterprise is sourcing and supplying high-end suckler-bred heifers. The team source heifers all across Ireland and the UK in a bid to “cater for all types of units”.

“We endeavour to have heifers in the yard to suit all types of suckler farms; whether you are seeking a very specific top-end heifer capable of breeding show quality calves, or simply want a nice quality calf to sell as a weanling, we have the heifers here.”

They commonly have batches of blue and black British Blue-cross heifer, black Limousins, red and red roan Limousin heifers, along with Simmental and Shorthorn-crosses.

Finally, James and his team have been working hard behind the scenes to capture photos and videos of each individual lot. All of this information will be available on jalexlivestock.com, Marteye and social media platforms in the run-up to the sale.

- Advertisement -
Previous article
PHOTOS: Jeep and trailer transporting bales seized by Gardaí
Next article
‘There has been far too much emphasis on dairy expansion’ – ICSA president-elect