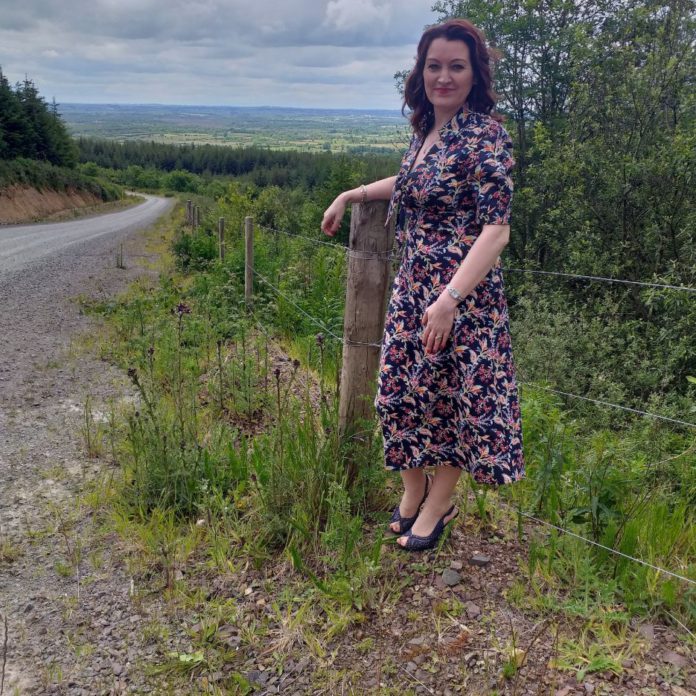 A Donegal-based country music singer, songwriter and multi-instrument has scooped an international award.

Lorraine McCauley was the recipient of the Amazing Voice Traditional Cover 2020 Female Award at the Red Carpet Award Show in Holland.

Although music has always been her first love, the singer-songwriter worked for Donegal Democrat for ten years before becoming a full-time piano teacher.

It was not until her father passed away that she decided to pursue her musical interests on a full-time basis.

“The most recent highlight in my musical career came when I got fantastic news a few months back. I had been nominated for eight awards at the Fairplay Country Music Red Carpet Music Awards in Holland.”

“I won an award for the Amazing Voice Traditional Cover 2020 Female. I was delighted, privileged, and honoured to receive this award on behalf of my homeland.”

“The awards show was supposed to be taking place in Holland this month. Due to Covid-19, it took place online on November 7th.”

“I would like to thank the organisers, Gaby and Peter Agrikola, the judges and all the team for putting such great work into making this award happen. They truly are an amazing couple.”

“Congratulations to all the nominees and winners of 2020. Please, God, I will get to meet Gaby and Peter at the 2021 awards. I know my two biggest inspirations, my father R.I.P. and Liz Gordon, R.I.P would be smiling down at me. I know they would be proud of my achievement.”

Lorraine said her music is “going from strength to strength” and this would not be possible without the support of friends and followers.

Her first single came in the form of I really think I’m crying, originally released by the ‘Queen of Country’ Philomena Begley.

“My cover of Blanket on the Ground made the number one spot in the country music charts for a while. I was absolutely delighted with that.”

“The most special release so far for me would have to be my current release, A tribute to Liz Gordon.”

“Liz was a beautiful talented keyboard player in Philomena Begley’s band for many years. Liz sadly passed away last June. I had the honour of playing at a special concert in the Millbrook Hotel, Co. Down last October.”

“Liz’s brother, Paddy Gordon, kindly asked would I sing a few songs and play Liz’s keyboard on the night. When I came home, I wrote the song and brought it out on Liz’s first anniversary.”

“Thank you to all my supporters and followers and the DJs who play my music throughout Ireland and indeed, all over. They are a great motivation and I’m delighted they are enjoying my music,” she concluded.

If anyone would live to book Lorraine for guest spot appearances or festivals next year, see Facebook.