That's FarmingThat\'s Farming Irelands Largest Farming News, Properties and Classifieds Network
HomeDairy‘I am worried about the future due to the high levels of... 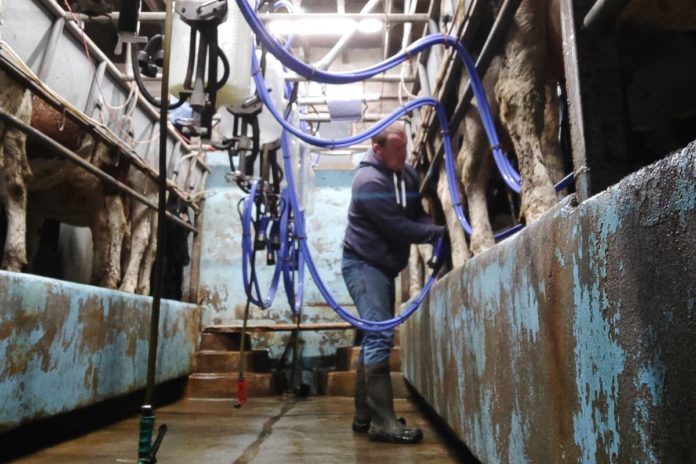 Running Crissawn Farm, Ballinagore, Co. Westmeath is a family affair for Martin Carey and his parents, William, and May.

William has continually worked to modernise the enterprise, upgrading sheds and machinery since inheriting the holding from his father. He also operates Gore Hill Sheepdogs, training working dogs which are sold worldwide.

Crissawn Farm is now solely a dairy enterprise, but was once home to sheep, pigs, and poultry and vegetables.

“I am the fifth-generation farmer that we can trace to. With the birth of my son, Daniel, this June, we may even have the sixth-generation in our midst,” Martin told Catherina Cunnane, editor of That’s Farming.

The trio is currently milking 65 cows on approximately 130-acres, with the herd size staying relatively stable in recent years. Their stock is primarily pedigree Holstein Friesians, but there are some Holstein/Jersey-crosses and British Friesians within the herd.

Although they have an outside farm, and other land rented, their main farm is locked in with no availability for expansion which limits their herd size.

“However, we are satisfied that our herd is producing at peak performance and is, therefore, punching far above its weight.”

“Our ideal cow is a Holstein that has the appearance of a British Friesian, a strong cow with high yields of milk.” 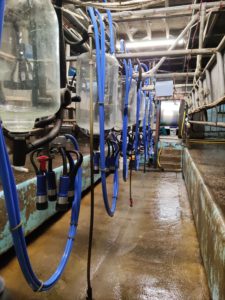 “My father has followed a strict breeding programme over the years to develop a strong herd with high performance.”

“My father and I use AI on the herd and employ aAa, milk volume and milk solid figures to guarantee the best possible bull is applied to each cow.”

They also keep a Holstein stock bull on the farm to mop up any cows which have been missed or may have repeated. A beef bull is used at the end the season for the past number of years. “The calves can be sold off quickly and do not need to be reared on.”

Calving takes place from January through to April each year. They follow this system as closely as possible as peak milk production coincides with peak grass growth which minimises the amount of extra feedstuffs required.

Friesian bull calves are sold at two weeks, mostly privately from the farm, while others are destined for export.

They rear heifer calves until they are approximately 20-months-old at which point they earmark replacements. The remainder are sold as in-calf heifers all calving down at 24-months-old.

The herd is milked twice-a-day, morning, and evening, in a 6-unit Pearson parlour, which was installed the year Martin was born.

“My mother, May, does the milking most days with either my father or me, while the remaining person continues with the many other daily jobs involved on a dairy farm.”

“Morning milkings in the summer months typically take an hour-and-a-half with evening milkings, being slightly faster, taking an-hour-and-a-quarter on average.”

Changes have been made to the parlour over the years to improve its efficiency and reduce milking times.

Technology is becoming an ever more important feature on this farm with most of their machinery replaced in recent years. Their most recent update was the purchase of a Belmac 2,700-gallon trailing shoe slurry tank earlier this year.

“I also use the Herdwatch app to record all our herd data, and it has greatly improved the ease of record-keeping on the farm,” Martin added. 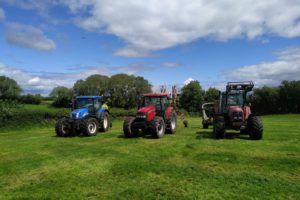 The Careys operate a grass-based system which sees cows graze for most of the year. They used pit silage before switching to round bales; they currently use a Claas 374 round baler and Tanco wrapper.

“We switched to bales as it allows us to cut each silage field at its optimum time. In our first year of baling, we won the best silage award with the Laois/Offaly Friesian breeders’ Society.”

“Grassland management is vital to ensuring high yielding milk production, and we use strategies such as soil sampling to choose the best fertiliser mixes for each field.”

“We are lucky to have dry land, and this lengthens the time our cows can be out grazing each year, although this also meant our grass scorched very quickly during the droughts in recent years.” 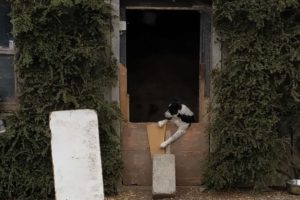 The family is satisfied with their herds’ performance and has no current plans for expansion.

They are frequently working to improve other factors in dairy production and reseeded several grazing fields this year to ensure grass growth was at an optimum.

“We hope to continue to improve our grassland management practices into the future and actively follow new developments in all areas of dairy farming.”

“Despite our strong heritage of dairy farming here in Crissawn Farm, I am worried about the future due to the high levels of new entrants into the dairy profession.”

“I feel that the increased levels of milk production may flood the market and force a drop in milk prices, thus, making dairy farming an unsustainable enterprise for many,” Carey concluded.