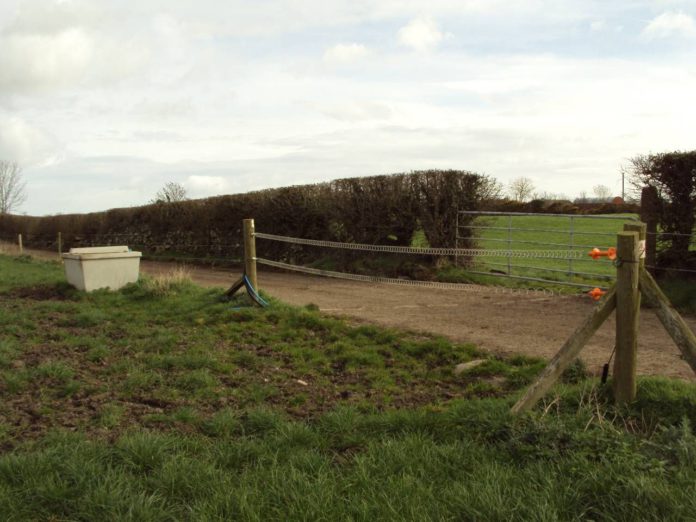 The Kirkwood farm, Co. Down is predominantly an autumn-calving farm with 145 cows plus replacement stock on the 100% grassland farm.

Calving started on the farm on August 28th this year with 20 heifers, and 35 cows calved to date.

Based on pregnancy scan results, approximately 75% of the herd will calve before Christmas.

The Kirkwoods are focused on improving milk produced from grass on the farm, through improved fertility performance in the herd and also increasing the number of days at grass each year on the farm.

The objective is to compact the calving profile in the autumn and winter months allowing cows to be re-bred before returning to grazed grass in early spring.

The grazing block on the farm extends to 32 ha of relatively dry free draining soil. Soil analysis on the farm suggests fertility is good with the majority of paddocks on target for soil pH, phosphate and potash.

Reseeding is on the agenda for next year on the grazing block, however, improving infrastructure is higher up that agenda for the Kirkwoods.

A section of the grazing platform which is traditionally cut for silage each year before coming into the rotation requires improved access. A hard-core laneway with multiple access points to the paddocks is required.

This investment will allow these paddocks to be included in the grazing rotation from the start of the grazing season.

From a grazing management perspective, the grazing block is well-established with laneways and good access to paddocks on 75% of the grazing area.

The new laneway will improve the situation on-farm with better access to paddocks while at the same time limiting damage to soil at the shoulders of the season.

While the farm soil is free-draining, grazing traditionally only gets started in early April. This is a consequence of late calving rather than poor grazing infrastructure.

Moving forward the Kirkwoods are focused on getting cows grazing much earlier in the season. This will improve the business performance by getting more grazed grass into the cows, ultimately increasing milk produced from grass.

An additional advantage with this early turn out approach is the establishment of the grazing wedge on the farm. This sets the farm up in terms of grass quality for subsequent grazing rotations throughout the year.

Heavy rainfall in the past five days of early October has stopped grazing on the farm. The final rotation on the farm started on September 27th with paddocks closed from that point.

In summary, the continual improvements in efficiency on this farm are typical of the businesses represented in this BDG whereby increased focus on grazing and forage result in improved profits.

The learning and encouragement experienced within the group give members the confidence to make decisions they perhaps otherwise would have put off and in every case, the results speak for themselves when it comes to CAFRE Benchmarking.

The BDG Scheme is part-funded by the EU Rural Development Fund.

- Advertisement -
Previous articleDisqualified driver arrested after hitting railway bridge
Next articleVIDEO: How this pedigree suckler herd was wiped out by TB