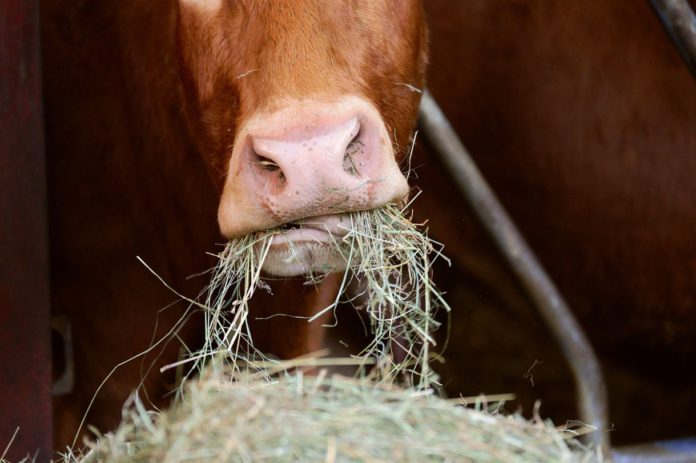 Housing is an ideal time to free the animals from worms both stomach and lung and also liver fluke, writes Michael Conroy, Teagasc Roscommon.

Animals can only pick up infection from grazing pastures and the infective stage cannot survive on hay or silage.

We all know the symptoms scouring or coughing animal with severe weight loss.  However, it is the subclinical component of the parasitic infection such as poor thrive, damage to lungs and liver which can lead to major economic loss throughout the herd.

Since last July, we have had plenty of warm wet weather which is ideal conditions for fluke to develop.

Depending on the level of infection, considerable damage can be done to the animal’s liver. Animals have no resistance to liver fluke so it must be controlled.

This is very important as there are products that kill all three stages, some that kill both immature and adults, and others that only kill adult fluke.

If you use a produce that kills immature and adult fluke, you must wait 6 – 8 weeks after housing in order to remove all the infection.

If you use a product that only kills adult fluke after housing, you will not remove the early immature and immature fluke.  So, you will need to dose again 10 weeks later to remove all infection when they have developed to adult.

Seek advice when devising a dosing plan. On some farms, resistance has developed to some products, namely the Triclabendazole products.

It is present on most farms and for most, does not impact performance. There is only one product, Oxyclozanide, that controls it.

Selectively treat animals if all other parasites are taken care of and a problem still exists.

Lungworms or hoose will cause damage to the lungs and where severe will lead to pneumonia and permanent lung damage. There is no resistance to the different classes of wormers, clear, yellow, and white drenches from the parasite.

So, any of the products will control lungworm. Older animals develop their own immunity to lungworm.

You want to control the adult worm but also the inhibited larvae which encyst in the gut and hatch out later in the winter to cause severe scouring.

A word of warning – there is growing incidence of resistance building up to the different classes of wormers, especially in more intensive bucket rearing systems.

It would be good practice to take a dung sample and get it tested 2 weeks after treating animals to see if the products are effective.

Lice can cause irritation and lack of thrive to livestock in severe cases. For lice control it is generally best to use an externally applied pour-on.

These will not kill the eggs which have not hatched out. A repeat application is required depending on the product used. Treat all animals in the shed at the same time as infection can spread from untreated to treated animals.