The Certificate in Agriculture (Green Cert) class in the Mellows Campus Athenry is organising a charity event to raise money for a worthy cause.

Students are undertaking the activity as part of their team working module, delivered by Lisa Brennan.

She told That’s Farming: “The aim was to work as part of a team, learn new skills, have fun along with raising money for a worthy charity and create awareness.”

Due to circumstances that arose this year, in particular COVID-19, the class decided to organise an event for Pieta, as the pandemic has impacted mental health.

The class believes that “people need this service now more than ever, and we hope to raise whatever we can to help”.

Pieta provides free therapy to those engaging in self-harm, with suicidal ideation, or bereaved by suicide.

It was first introduced in 2006, and since then, have helped over 58,000 people. This includes 9,000 people this year alone in the Galway region, who “felt their lowest and worse than they ever did in their life”. They currently have 19 centres across the country and employ some 200 therapists.

“To make it interesting, I decided to split the class into two groups to create some healthy competition between the class,” Lisa added.

“The students had to ‘think outside the box’ and compile a list of events that could be feasible in current circumstances. The two events chosen were a raffle and a 5km Santa Run.” 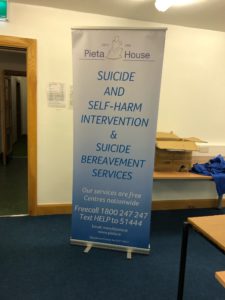 Local businesses kindly donated prizes, except for Philomena. One of the students bought her in Tuam Mart for €1,150. 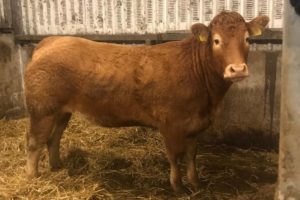 In addition, the second event is a 5km Santa run in wellingtons in Ballinasloe town. This will take place on December 13th between 12 pm-5 pm.

This team consists of Niall O’Shaughnessy, Ethan Bruce, Dylan Ryan, Enda Donnelly, Paul Seale, and Ethan Harewood. A GoFundMe page has been set up, and donations can be made here or through sponsoring the students with sponsor cards.

Also, a draw will also take place for anyone who donates or sponsors a team member before December 13th.

Hampers are donated from Liffey Meats, a local bakery and a voucher for lashes for a lucky lady or farmerette. Donations will also be excepted on the day.

At the time of writing,  students of the Mellows Campus, Athenry 2020 have collectively raised close to €2,000.