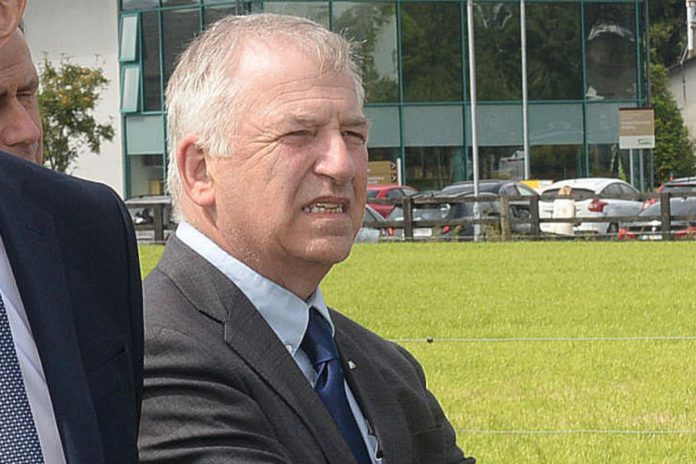 The outgoing director of Teagasc, Professor Gerry Boyle, has apologised for causing “such considerable annoyance and offence” to beef producers and advisory colleagues.

In a statement on Friday, September 24th, he said he “profoundly regrets” his “unscripted response” to a question at a recent Dublin Economics Workshop.

Several farm organisations – including the IFA, Beef Plan and IBLA – hit out at Professor Boyle for his remarks in recent days.

At the event, he said: “We are very strongly advocating that we shift from beef cow production to what we call dairy-beef production.”

Boyle said that he “unreservedly” apologises for the offence he caused.

He added that this was never his intention, and claimed that his remakes were taken out of context.

Their impact, the statement added, was “nevertheless to deeply offend so many people that he had worked with over the years”.

Professor Boyle said that his remarks were “taken to imply that Teagasc had adopted a policy position in favour of dairy beef over sucklers”.

“This impression was most unfortunate for two reasons,” he remarked. Firstly, he stated that Teagasc’s role was not to promote any particular enterprise.”

“Secondly, the impression created by his remarks was completely contrary to the substantial investment that Teagasc had made in its beef programme during his period as director.”

Teagasc, he added, had “no business being involved” in policy advocacy.

Its role is to “undertake quality research and advisory work on all feasible farming enterprises and to lay out the facts concerning margins and sustainability before farmers”.

He said farmers then assess this information in consultation with their advisors and decide whether to adopt the given enterprise.

Farmers, he said, have to make the investments and take the risk.

He stated that Teagasc has “absolutely no role whatsoever” in advocating any particular enterprise.

Professor Boyle noted that he himself had developed this position over the years. Furthermore, he said Teagasc Authority endorsed this on several occasions.

He agreed that it “was most unfortunate that his remarks would cause this position to be called into question”.

He stated that Teagasc’s role is to improve the livelihoods of Irish farmers on a sustainable basis.

Teagasc’s advisors and researchers work daily in pursuit of this aim. He said he hoped that his “ill-considered remarks” would not impact this “great” work.

The outgoing director then documented what he regards as the “level of Teagasc activity in supporting Ireland’s beef farmers”.