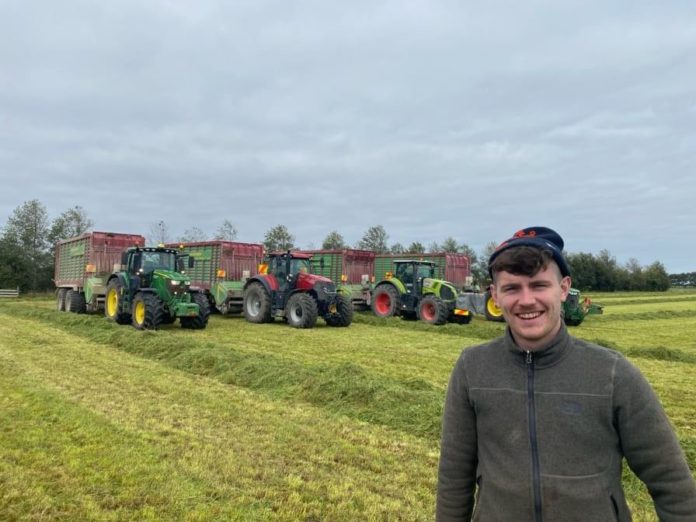 In the region of 25 Irish natives ventured to D. Thompson Contracting, based in Invercargill in the South Island of New Zealand, for the silage season.

When the pandemic struck, they all returned home “with dreams of returning again” as summed up by 24-year-old Gavin Mc Daniel.

Attempting to return to New Zealand in October for the 2020/21 season was an intermittent process.

“Hope was fading, but exceptions were granted for 210 machinery operators as long as each person carried out a 2-week isolation period upon arrival into the country.”

“The number went from 25 to just the 4 of us. We were among the first people to be allowed back into New Zealand after Covid, so we class ourselves very lucky.”

“The isolation hotel was empty when we arrived but was getting fuller and fuller as the days went on as kiwi people themselves trying to get home for Christmas. Eventually, they had to close the borders again, which meant only about 70 of that 210 workers actually gained entry.” 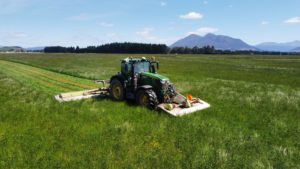 Other machines in his fleet include a Kuhn combi baler, Strautmann wagons, trucks, and Dooley trailers for alongside the chopper.

Along with the silage fleet, they run groundwork’s operations including two slurry pipe systems, muck spreaders, and ploughing, levelling and reseeding services.

Most of the tractors are John Deere 6/7/8 series, while there is also a range of Massey, CLAAS and Case tractors. 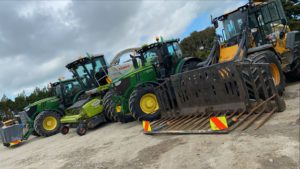 Each of the Irish natives perform individual tasks but work collectively as a team. You will find Gavin behind the wheel of a John Deere 6210R + Fusion 3 baler, while Peter drives a CLAAS 950 chopper, Danny operates a JCB 435 Loader, and a John Deere 6250R with CLAAS triple mowers is JJ’s combination.

“In the peak of the season, there would be two chopper crews, one with trailers and one with trucks, two baler crews out and the wagons,” Mc Daniel explained.

“The days do be long, but that’s the reason we’re here, and the scenery in New Zealand is second to none. The four of us got in on the skilled workers’ visa so that we won’t be rotating machines.”

“We got onto each of our machines when we got out of the two-week isolation at the end of October and we might not come off them until April! The craic does be good and sure look some might say we’re living the dream.” 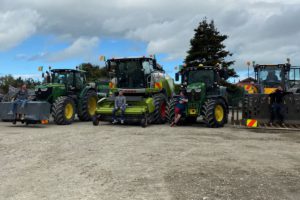 According to Gavin, the most significant difference between Ireland and New Zealand is the vastness of the country.

They carry out most work on large-scale dairy farms consisting of thousands of cows, which he describes as a “sight to see”.

“On a normal day we could travel up to 100KM+ to jobs, and even some jobs are over 200KM journeys. If you said that to someone back home, they would look at you as if you had two heads.”

“There are advanced systems over here with a large majority of farms with rotary parlours and grazing cows outside all-year-round. The climate is much like Ireland – one day it could be 20 odd degrees and the next day, you could have 10mm of rain.” 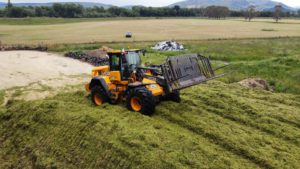 While their vias were granted for six-months and are due to expire in April of this year, they do not plan on returning to the Emerald Isle, just yet.

“With the way Ireland is at the minute, the next step after the season here will like be Australia or America, but the world is our oyster, and we are just going with the flow.” 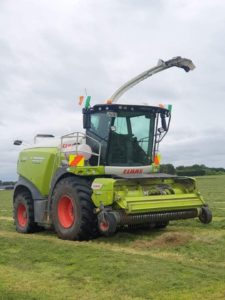 “The harvest is starting in America; contractors are crying out for workers from Australia and New Zealand because there’s less chance of Covid-19 entering.”

“We all have college degrees; I studied ag science for four years, and so did Peter. Danny has a degree in science, and JJ is a qualified schoolteacher.”

“We all come from farming backgrounds, and we all work with contractors back home. People ask us with having the college degrees why not just get a job at home. When you are given an opportunity to travel to the other side of the world to do something that you love, it would be a shame, not to.”

“We all agreed that we don’t want to look back in ten years and regret not travelling, so we are glad we have done so. One thing is for sure, and that is, we’ll keep flying the Irish flag high no matter where we go.” Gavin concluded. 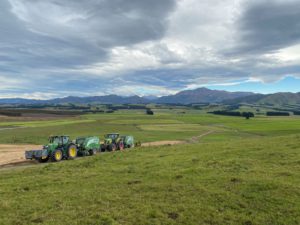